Bed Bath & Beyond (NasdaqGS:BBBY) is expected to report earnings on Wednesday after the market closes. Shares are trading near their three year low and for good reason. The retailer has reported disappointing earnings ten out of the last twelve quarters.

In the face of a coupon focused consumer, the company has struggled to price its merchandise at a premium (something its been able to do historically). As a result, Bed Bath & Beyond's EBITDA margins have steadily fallen over the last eleven quarters and the stock has followed suit. 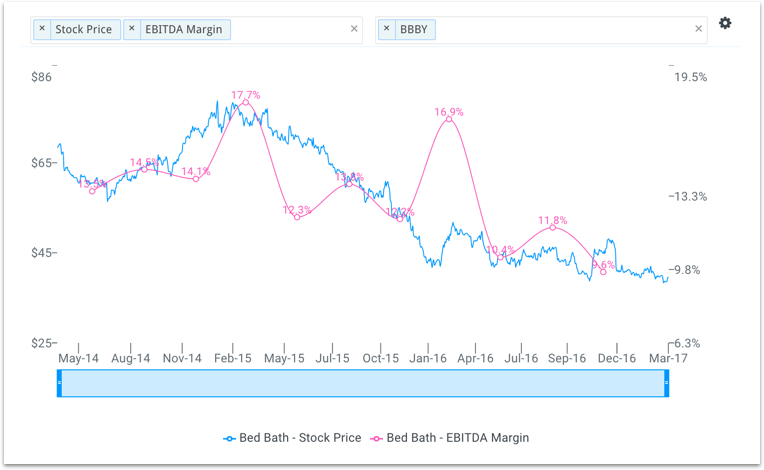 However, positive trends have been manifesting in the residential real estate market which may potentially increase demand going forward.

Multiple reports released this week indicate that the US residential housing market is stronger than it has been in years. Last Tuesday (3/28), the S&P/Case-Schiller home price index showed that prices rose 5.9% in the 12 months through January, the fastest annual rate since mid-2014.

Then on Wednesday (3/29), the National Association of Realtors reported that US “pending” home sales hit its second highest level since 2006. These new developments indicate a rising US residential housing market.

Although an improving housing market may not directly or immediately impact Bed Bath & Beyond, it is a positive sign that could potentially increase demand for its merchandise over the next few years. Many of these new home owners will inevitably look to retailers like Bed Bath & Beyond for furnishings.

BBBY Has More Upside Than Downside

Bed Bath & Beyond's shares have been hammered over the last few years due to its inability to materially grow its top line while margins continue to fall.

However, these headwinds appear to be fully priced in. This Earnings Power Value analysis shows that if the company can simply sustain its current earnings into perpetuity, the stock is 12% undervalued (using a 10% cost of capital). 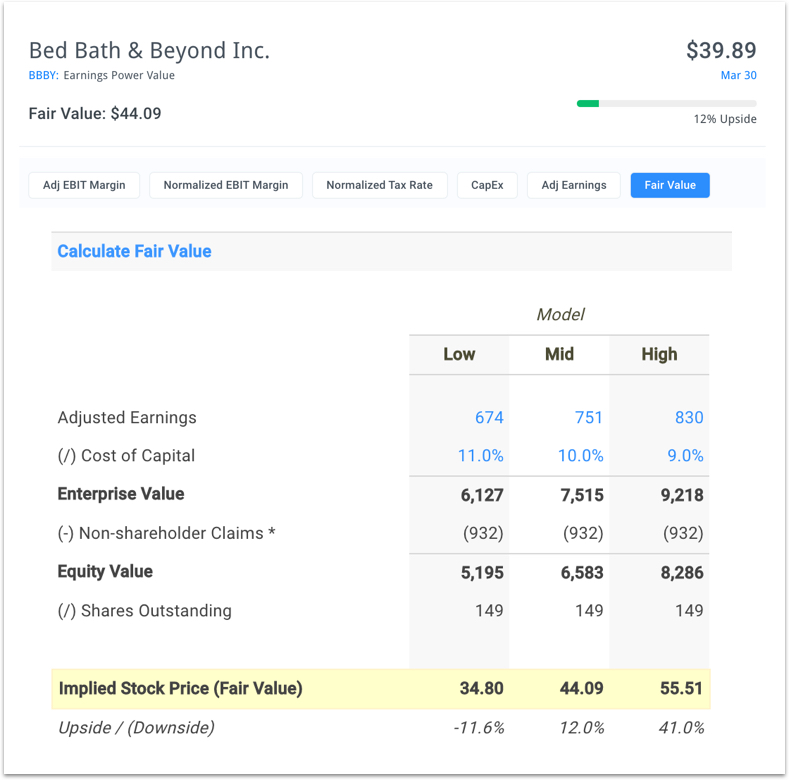 In order for the stock to reverse its downward trajectory, the retailer will need to show investors its ability to increase profitability on earnings day. But overall, there is more long-term upside than downside while shares trade near the $40 range.