ArcelorMittal SA (ADR)'s (NYSE: MT) most recent return on equity was an above average 12.5% in comparison to the Materials sector which returned 6.1%. Though ArcelorMittal's performance over the past twelve months is impressive, it's useful to understand how the company achieved its healthy ROE. Was it a result of profit margins, operating efficiency or maybe even leverage? Knowing these components may change your views on ArcelorMittal and its future prospects.

Return on equity (ROE) is the amount of net income returned as a percentage of shareholders equity. It is calculated as follows:

ROE is a helpful metric that illustrates how effective the company is at turning the cash put into the business into gains or returns for investors. But it is important to note that ROE can be impacted by management's financing decisions such as the deployment of leverage.

The return on equity of ArcelorMittal is shown below. 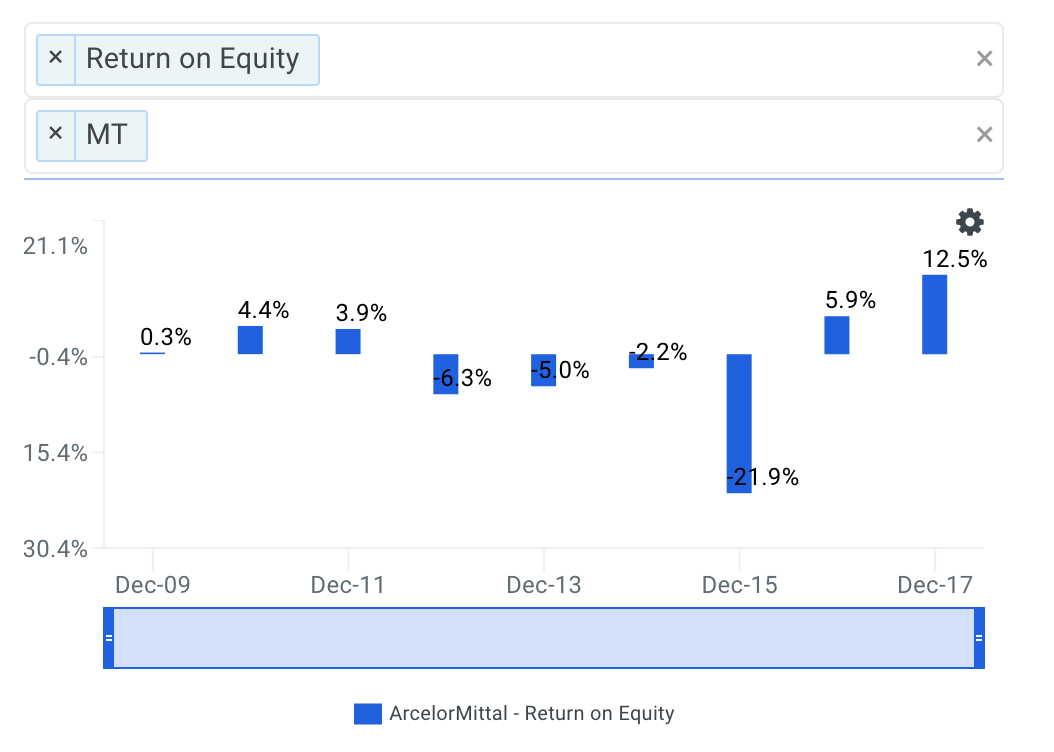 It appears that the return on equity of ArcelorMittal has generally been increasing over the last few years. ROE increased from -21.9% to 5.9% in fiscal year 2016 and increased to 12.5% in 2017. So what's causing the general improvement?

In addition to the formula previously discussed, there's actually another way to calculate ROE. It's often called the DuPont formula and is as follows:

So let's take a closer look at the drivers behind ArcelorMittal's returns.

It appears that the net profit margin of ArcelorMittal has generally been increasing over the last few years. Margins increased from -12.5% to 3.1% in fiscal year 2016 and increased to 6.7% in 2017. 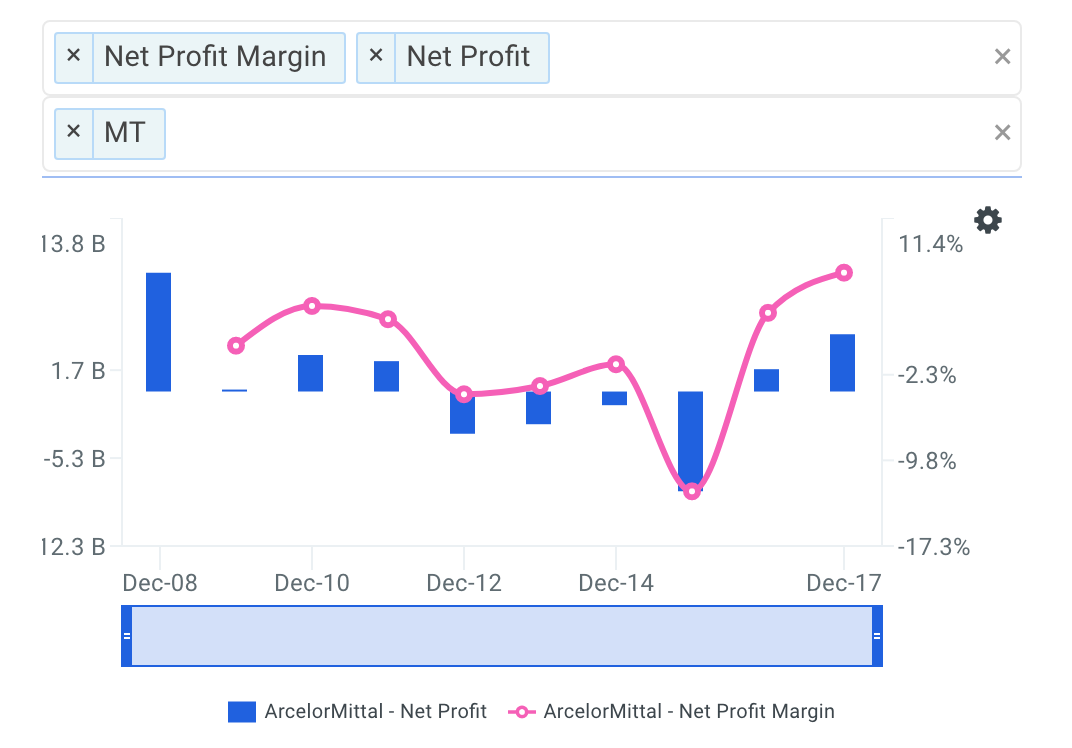 Therefore, the company's increasing margins help explain, at least partially, why ROE is also increasing. Now let's take a look at ArcelorMittal's efficiency performance to see if that is also boosting ROE.

It appears that asset turnover of ArcelorMittal has generally been increasing over the last few years. Turnover increased from 0.72x to 0.75x in fiscal year 2016 and increased again to 0.86x in 2017. 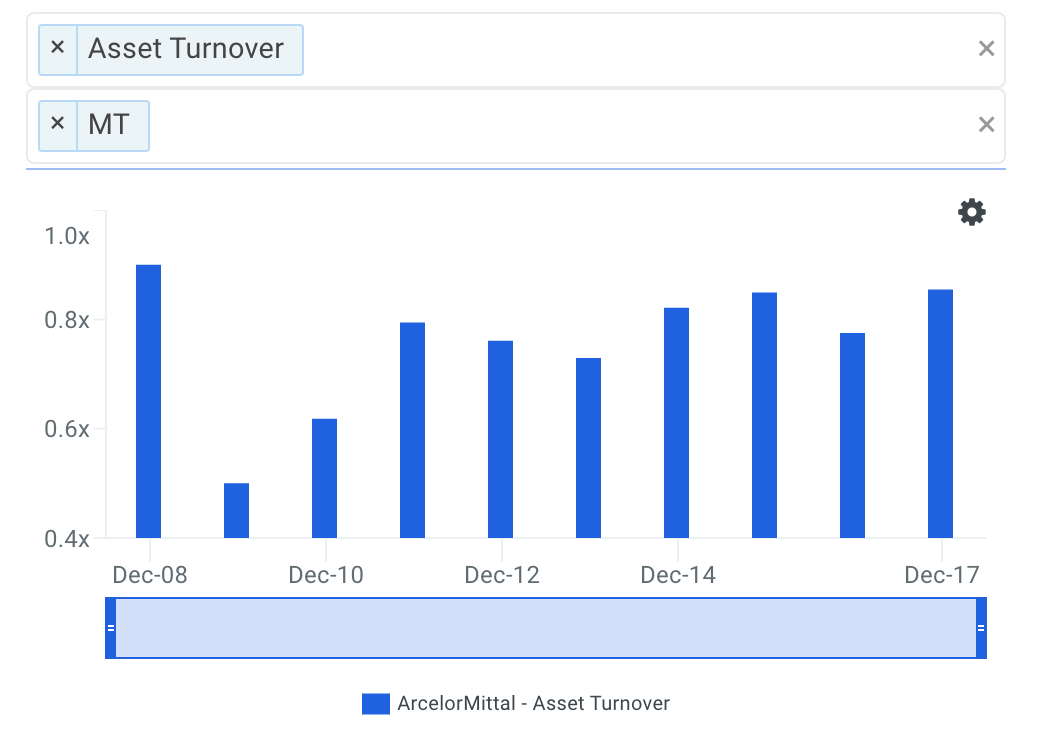 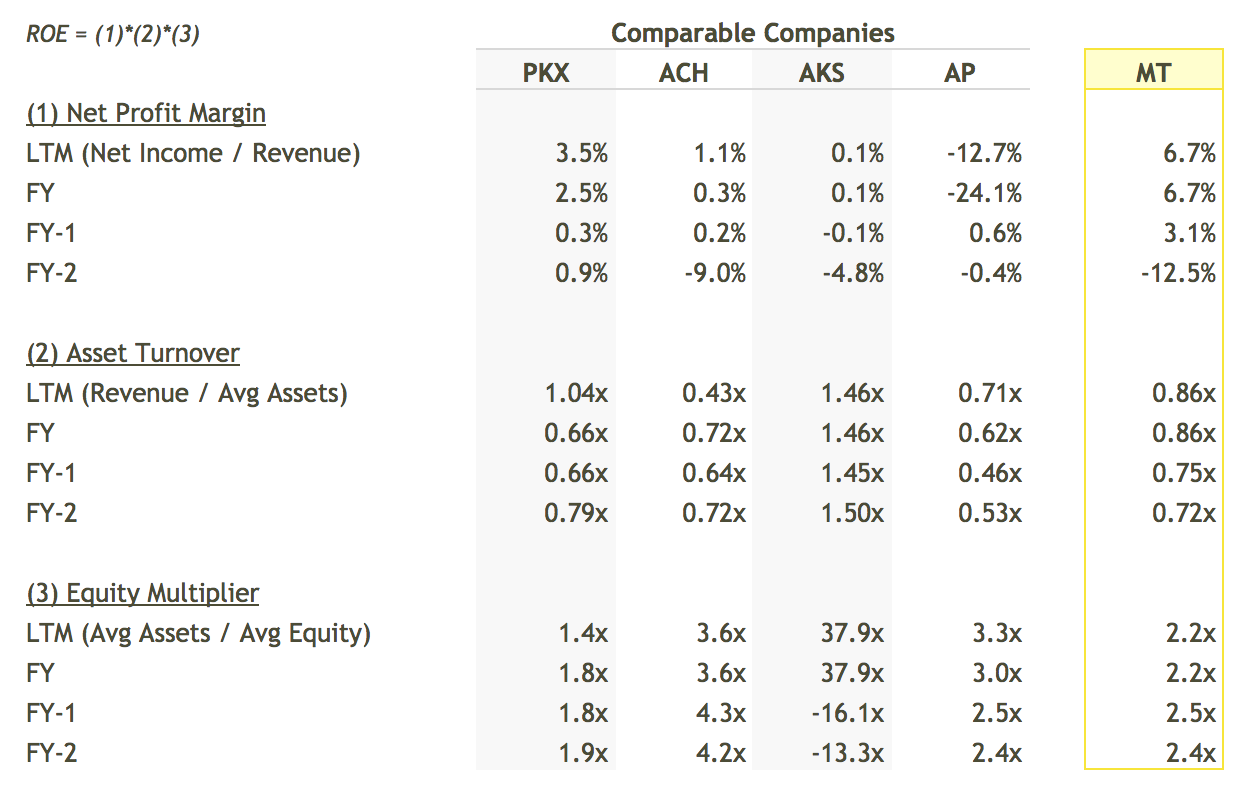 The DuPont approach is a helpful tool when analyzing how well management is utilizing shareholder capital. However, it doesn't necessarily tell the whole story. If you have not done so already, I highly recommend that you complete your research on ArcelorMittal by taking a look at the following:

Valuation Metrics: how much upside do shares of ArcelorMittal have based on Wall Street's consensus price target? Take a look at our analyst upside data explorer that compares the company's upside relative to its peers.