Canadian National Railway (USA) (NYSE: CNI) easily outperformed the Industrials sector by 25.1% as it relates to ROE, producing a strong 35.2% compared to the sector's 10.1%. But what is more interesting is whether Canadian National Railway will continue to achieve superior returns moving forward. The DuPont analysis is a useful tool that may help us determine this. In my analysis below, I'll use the DuPont model to reveal what's really driving the company's strong ROE.

Return on equity or ROE represents the percentage return a company generates on the money shareholders have invested.

In general, a higher return on equity suggests management is utilizing the capital invested by shareholders efficiently. However, it is important to note that ROE can be impacted by management's financing decisions such as the deployment of leverage.

Canadian National Railway's recent ROE trends are illustrated in the chart below. 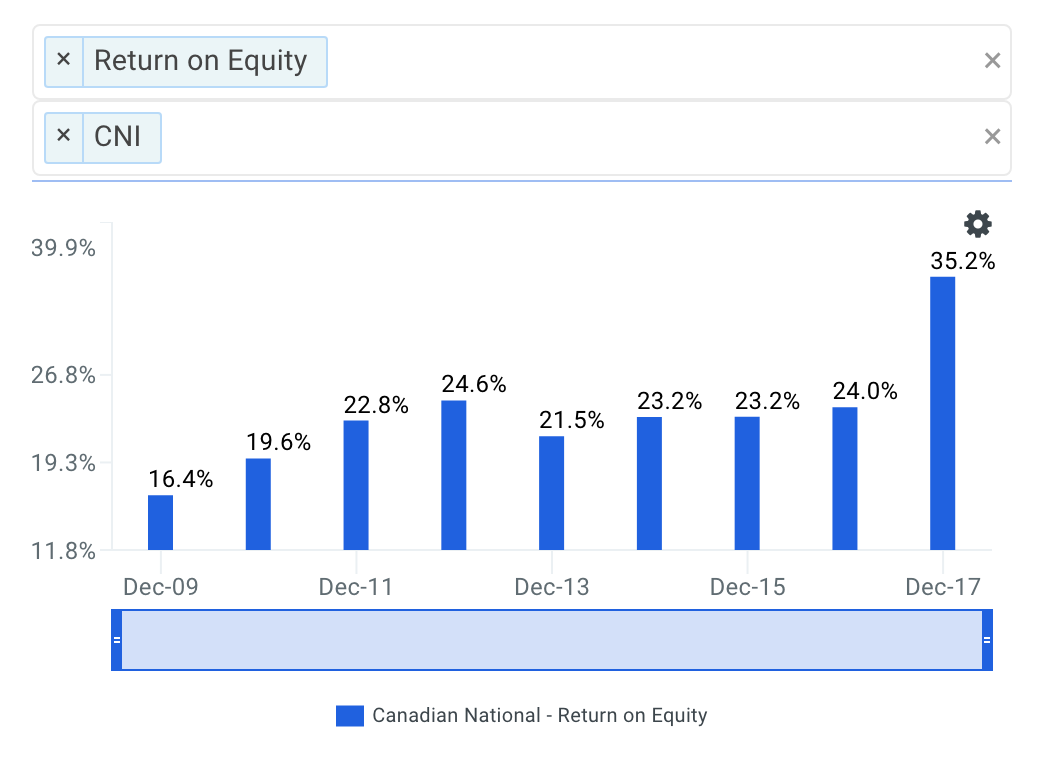 It appears that the return on equity of Canadian National Railway has generally been increasing over the last few years. ROE increased from 23.2% to 24.0% in fiscal year 2016, increased to 35.2% in 2017 and the LTM period is also its latest fiscal year. So what's causing the general improvement?

A less used approach although being much more intuitive, the DuPont formula is another way to calculate a company's ROE. It is defined as:

A promising sign for shareholders, Canadian National Railway's net profit margin has increased each year since 2015. Margins increased from 28.1% to 30.2% in fiscal year 2016, increased to 42.1% in 2017 and the LTM period is also its latest fiscal year. 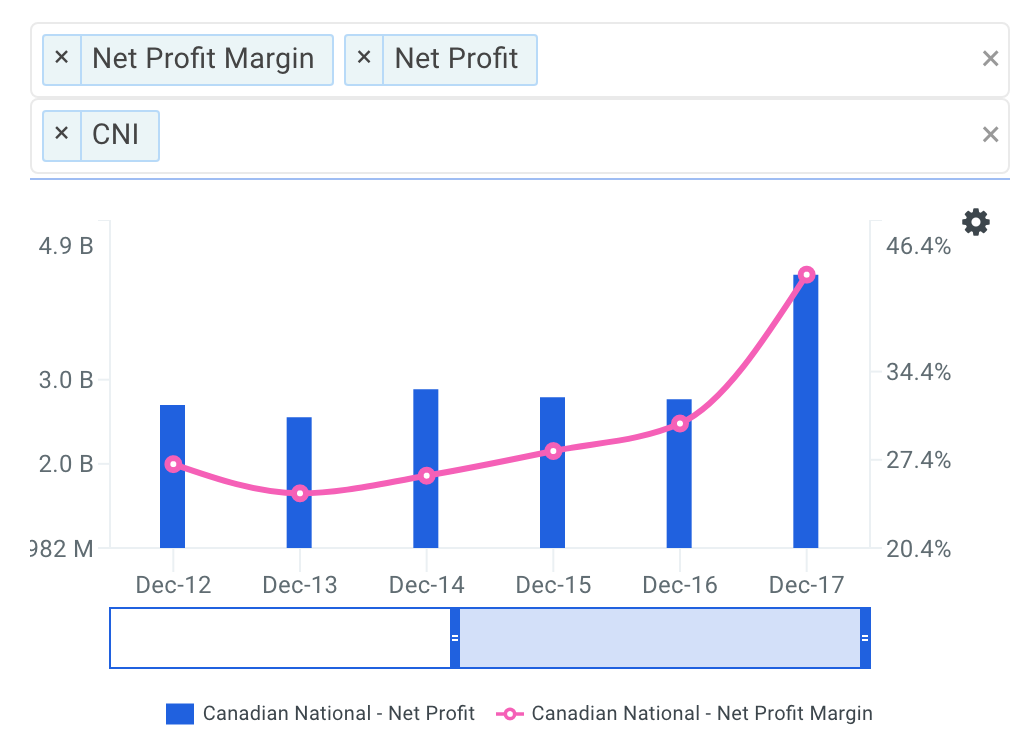 It appears that asset turnover of Canadian National Railway has generally been up and down over the last few years. Turnover decreased from 0.34x to 0.32x in fiscal year 2016 and then increased to 0.35x in 2017. 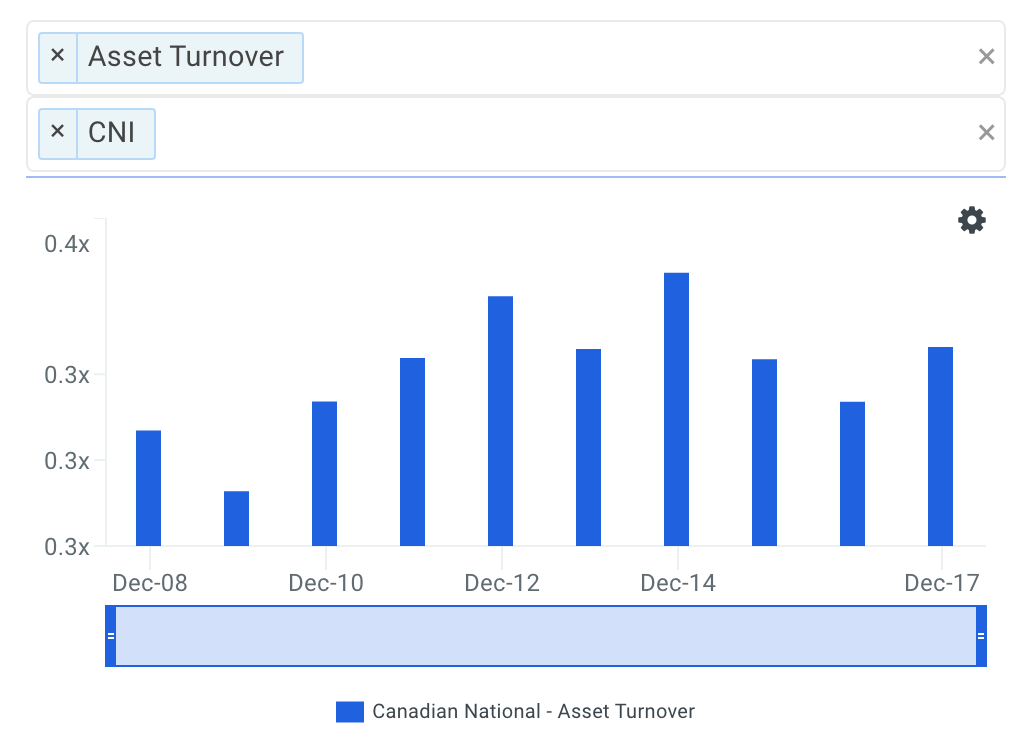 Therefore, the company's ROE improvement is not as a result of its asset turnover performance which has generally been decreasing. 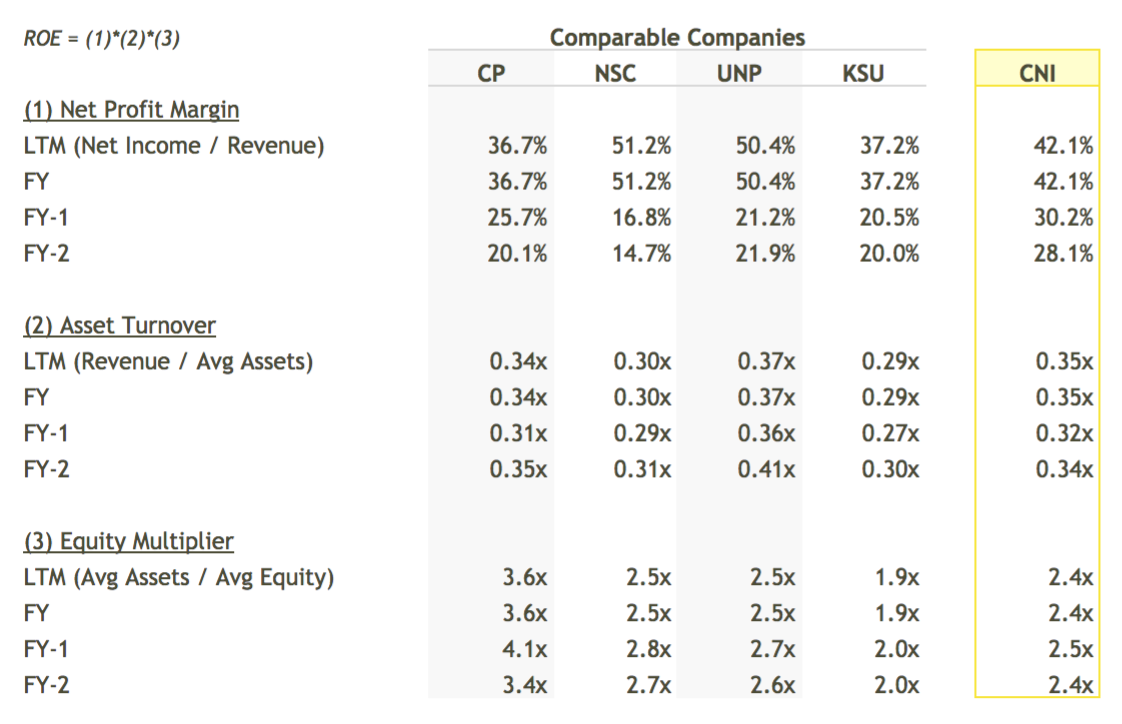 In conclusion, the DuPont analysis has helped us better understand that Canadian National Railway's general improvement in return on equity is the result of steadily improving net profit margin.

The DuPont approach is a helpful tool when analyzing how well management is utilizing shareholder capital. However, it doesn't necessarily tell the whole story. For example, how do the company's ROE trends compare to its peers or sector? How about in absolute returns? I recommend that investors continue to research Canadian National Railway to gain a better understanding of its fundamentals before making an investment decision.