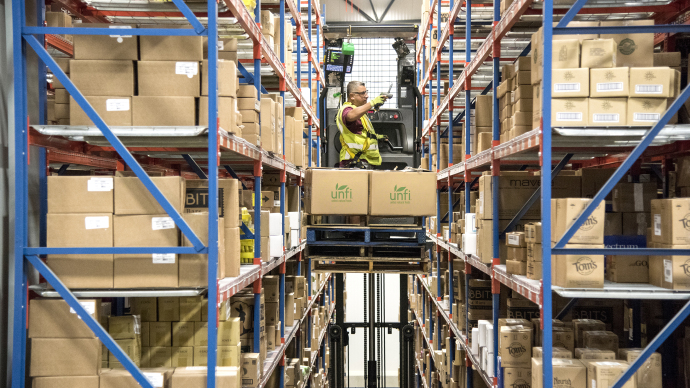 United Natural Foods, Inc. (NasdaqGS: UNFI) shares have taken a big hit following news of Amazon's acquisition of Whole Foods. However, this may be completely overblown leading to significant upside in the stock's current share price. Either way, investors should expect to gain further understanding around the acquisition's potential impacts when management reports earnings on Wednesday after the markets close.

Why Shares Fell Off

The company's shares last traded at $35.77 as of Friday, September 8, down 25% year-to-date and 13% since the company last reported mixed earnings on June 6th. In fact, a significant portion of the recent losses came on June 16th, when the stock dropped 14% immediately following news of Amazon's (NasdaqGS: AMZN) acquisition of Whole Foods.

While United Natural Foods remains a supplier to Whole Foods, the acquisition left investors concerned as to how the relationship will progress with Amazon now entering the picture. However, the concern may have been overblown as new details continue to emerge in the aftermath of the acquisition.

Loop Capital's Andrew Wolf has been highly involved with updating investors on new developments in the aftermath of the Whole Foods acquisition. First on June 23rd, Wolf spoke with UNFI management and then reiterated his buy rating. He noted that United Natural Foods has a supply contract with Whole Foods through 2025 and added that "It would take Amazon many years to replicate United Natural Foods direct-store-delivery network if it chose to do so." According to United Natural Foods management, Whole Foods does not have the capacity or buying power to enable them to self-distribute.

Then on July 5th, Wolf followed up by stating that United Natural Foods could actually be a potential Amazon acquisition target. He noted that in the food space, Amazon is more likely a "buyer rather than a builder." Amazon is not interested in moving into the grocery store business on its own through a trial and error process which could take multiple years. Rather, Amazon is more likely to make further acquisitions to streamline this effort.

The Whole Foods acquisition closed on August 28th and Loop Capital conducted a "before and after" experiment to better understand Amazon's pricing dynamics. When comparing prices to a local grocer in Boston, Wolf found that Whole Foods' prices were 31% higher prior to the acquisition. However, pricing actually became 2% cheaper immediately following the acquisition just days later. However, the experiment found that only high tonnage commodity goods (e.g. bananas) were now cheaper.

From the experiment, Wolf actually found that food suppliers stand to benefit from these changes. The Hain Celestial Group (NasdaqGS: HAIN), which sells its organic products to Whole Foods, reported earnings on August 29th that beat estimates. Hain Celestial went on to say that it saw growth at Whole Foods in the most recent quarter. More importantly, Amazon reaffirmed Hain Celestial's relationship with Whole Foods will remain in place post acquisition.

Can investors expect similar news from United Natural Foods when they report on Wednesday?

What Investors Need To Know Before Earnings

Analysts often look at companies as either thriving, surviving or dying. Analyzing a company's revenue growth can help distinguish between these stages. Revenue growth compares a company's revenue from the most recent year (or quarter) to its revenue from the previous year (or quarter). Growth of over 10% typically signifies the core business is doing very well and the company's products and services are in demand. On the other hand, a decline of 10% or more is an indicator that the company is in real trouble and that its products or services are losing demand and/or becoming irrelevant.

The company's total revenue stands at $8,470 million as of fiscal year ending July 2016. This is 87% higher than the $4,530 million achieved in fiscal year July 2011 and represents a five-year compounded annual growth rate (CAGR) of 13%. Going forward, analysts forecast that United Natural Foods` total revenue will reach $12,163 million by fiscal year 2021 representing a five-year CAGR of 7.5%. 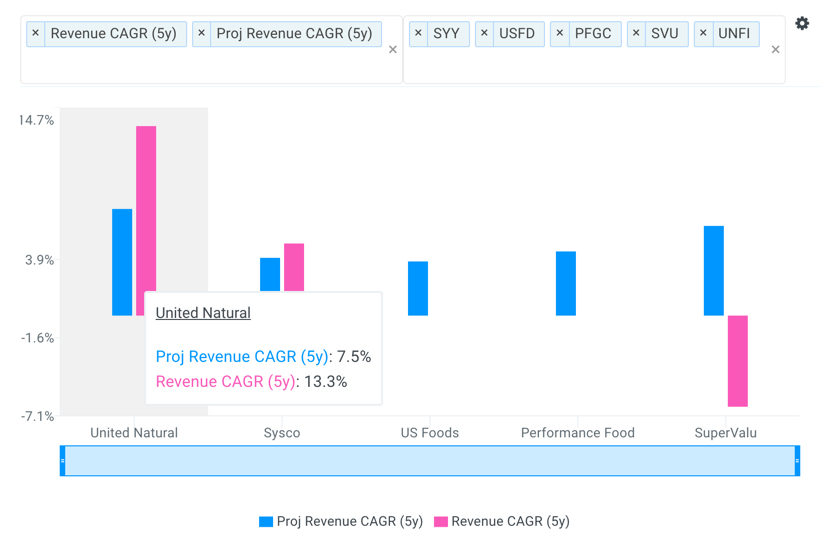 Many analysts have yet to bring down their projections for United Natural Foods post the Whole Foods acquisition. This potentially illustrates that nothing they've witnessed to date implies that the company is dying. In fact, the company looks highly attractive when compared to its peers.

Although United Natural Foods` growth has outperformed its peers (and is expected to continue outperforming), the stock's valuation multiples trade at a discount to this same peer group. 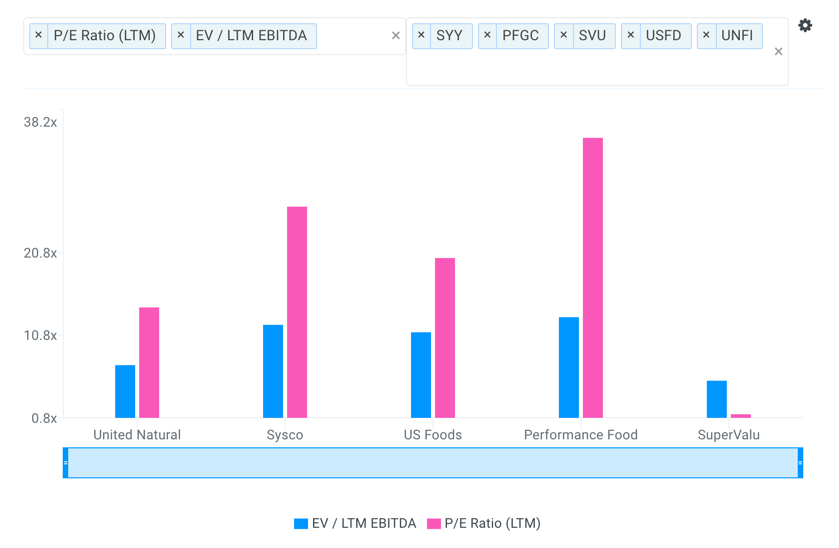 Applying the consensus Wall Street projections above into six separate valuation analyses calculate a margin of safety of over 40%. In addition, the average 1-year price target from 14 Wall Street analysts of $40.86 per share also implies 15% upside.

Investors should listen intently to the United Natural Foods earnings call on Wednesday to further understand potential impacts from the Whole Foods acquisition. Expect the stock's valuation multiples to trade closer to its peers if the company reaffirms that its relationship with Whole Foods will remain in place. Otherwise, expect analysts to significantly bring down their revenue forecasts and as a result, the stock's upside potential.

Note this is not a buy or sell recommendation on any company mentioned.
Photo Credit: Fortune