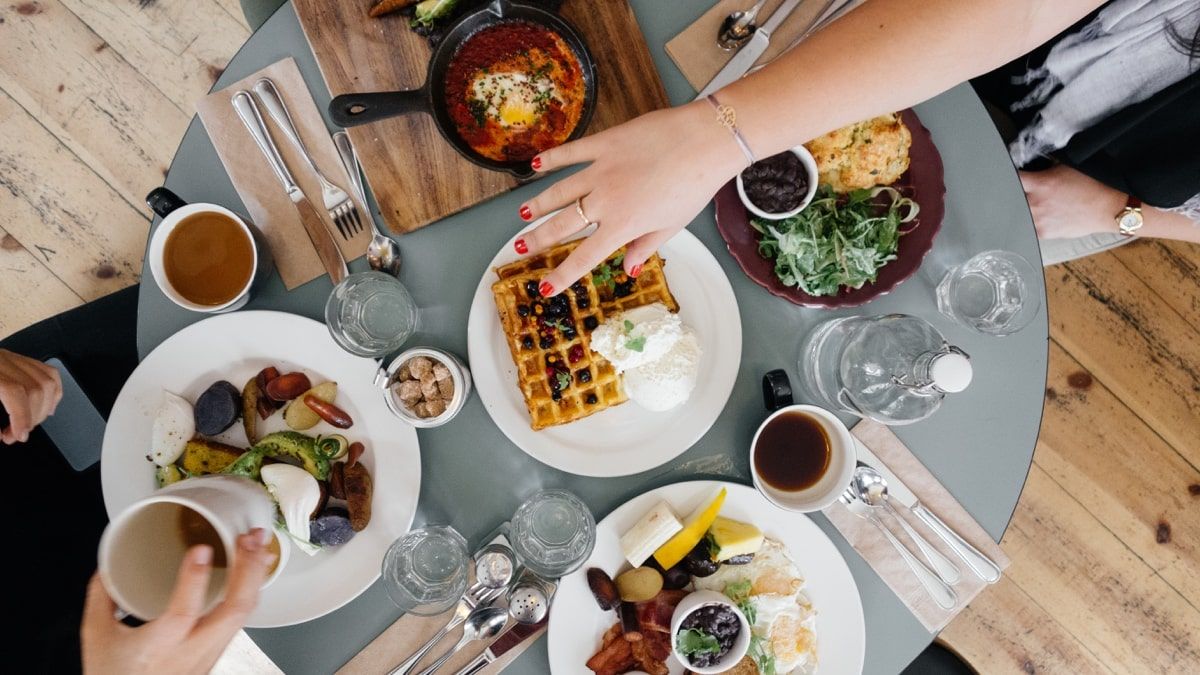 Tyson Foods (NYSE: TSN) shares currently look highly attractive as the stock has yet to fully recover from its price fixing investigation. The company remains the largest food business in the U.S. and the largest supplier in both the chicken and beef market. Investors need to be reminded that one in five chickens sold in the U.S. comes from Tyson Foods. The company also has new international growth opportunities emerging. What's more, TSN shares trade at a significant discount relative to peers making it a highly attractive investment at current prices.

Tyson Foods operates a worldwide food company and has been in operation for 70 years. The company operates four business segments:

Why Tyson's Stock Fell Off

The stock had performed strongly since 2013 after fluctuating in the mid-teens from 2007 to 2012. Shares had reached $75.57 in September 2016 before coming under pressure after news broke that Tyson was implicated in a price fixing investigation.

While the rumors began in September of 2016, the company was only subpoenaed in February this year. That subpoena came after U.S. poultry buyers sued the company, alleging it had colluded with other producers since 2008 to reduce chicken production.

At that point, Tyson's EBITDA margin stood at over 9% as of LTM June 2016, higher than it had been for years. Many analysts felt that margins would likely deteriorate going forward as a result of the price fixing investigation. However, management attributed its margin expansion to lower grain prices and higher demand for protein products, a situation analyst now feared wouldn't last.

The combination of rumors of a price fixing scandal and analyst concerns over potential margin pressures caused the stock to fall more than 20%. However, on August 25th, the SEC announced that it had concluded its investigation and stated that it would not be recommending any enforcement action against Tyson.

With a major investor concern now out of the way, it’s worth looking at the company’s future prospects.

Management is determined to find new channels with sustainable growth potential as noted on the recent earnings call. In this search, the company has experimented with new products. A few of these new product launches include:

Additionally, the investment in new experimental products is easily absorbed by a company that generates $3.6 billion in EBITDA. This ability to test new markets and new products gives the company a unique competitive advantage.

Furthermore, China lifted its ban on beef imports from the US earlier this year giving Tyson access to a rapidly growing market for protein products. The ban was originally enacted in 2003 after a scare over mad cow disease.

As the middle class in China grows, so does the per capita demand for protein in the country. US protein products are widely recognized as superior to local products in China. Rabobank estimates that by 2020, imports will account for 20% of the protein market in the country. While per capita consumption is far lower than in the US, 20% of that market is still 280 million people. 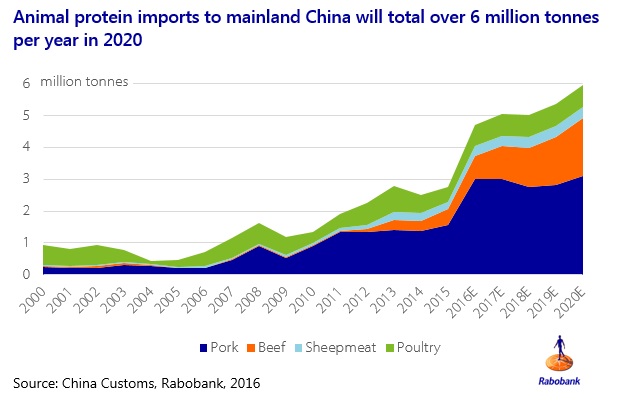 Here are a few additional tailwinds for Tyson:

Tyson Trades At An Attractive Valuation 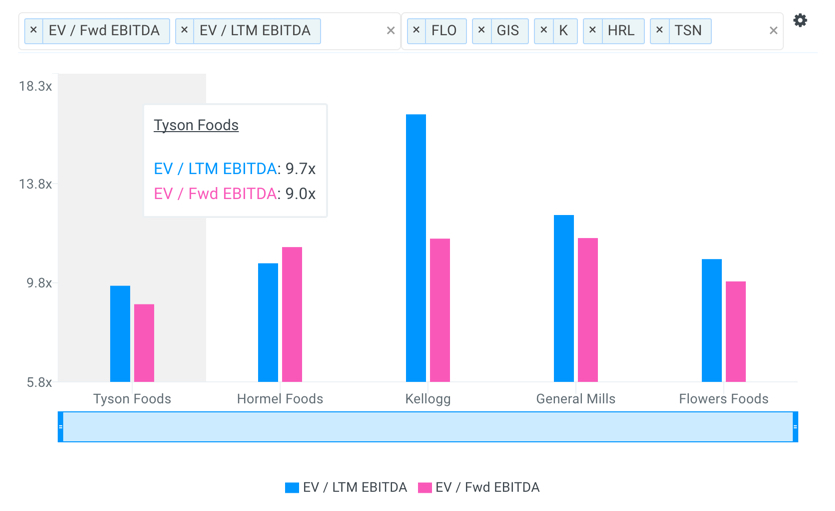 Companies expected to grow at a higher rate compared to their peers typically trade at higher multiples relative to this same peer group. However, Tyson Foods' multiples trade at a discount to its peers although analysts expect the company's revenues and EBITDA to grow at a higher rate over the next five years. This is likely a sign that the market is undervaluing Tyson Foods' stock. 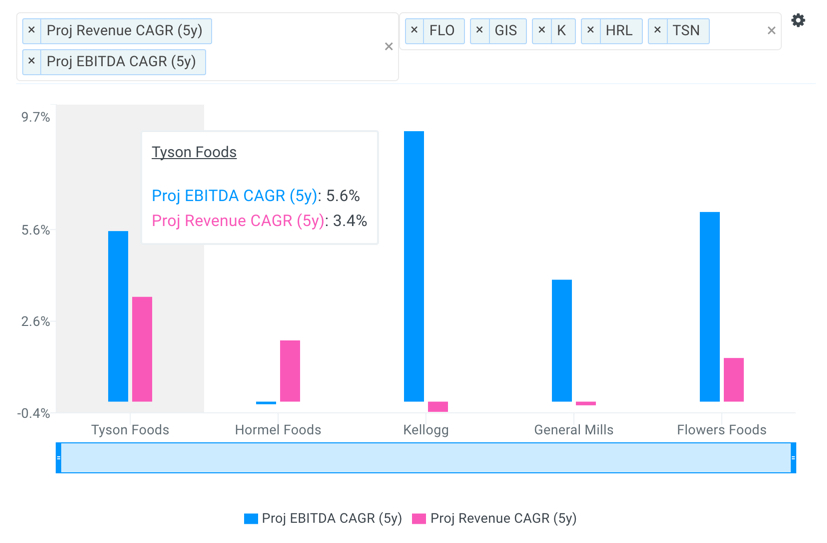 Additionally, all eight of finbox.io’s valuation models calculate a fair value of over $80 per share. This implies 24% upside at the low-end of the valuation. However, the average of all eight analyses implies a fair value estimate of $94.34 per share (46% upside). 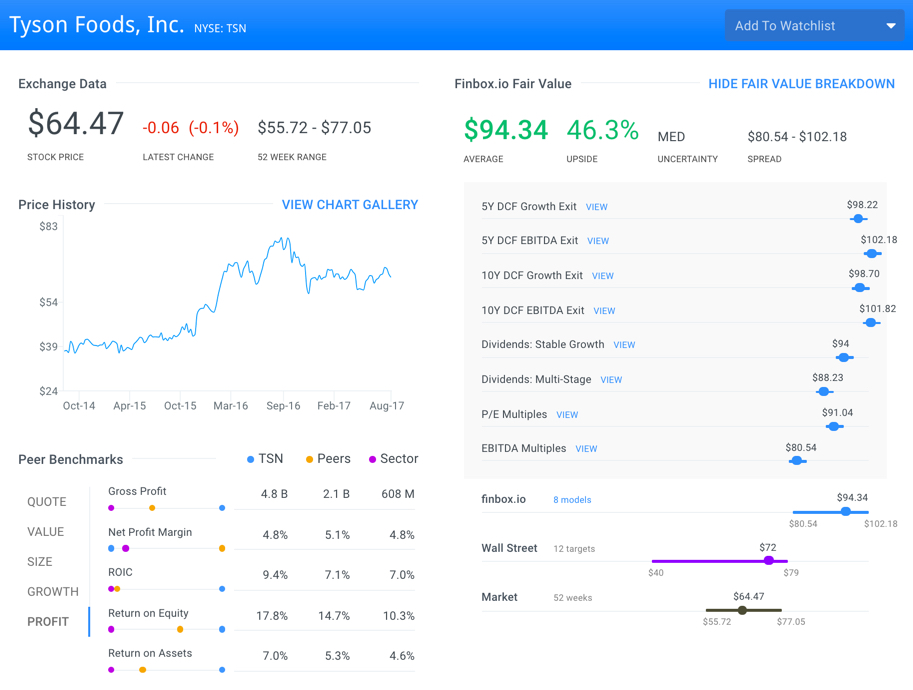 Going forward, growth in the US market should be steady. International growth promises to be rapid although that growth is currently off a low base. However, as that base continues to grow over the next few years, Tyson Foods' international operations will become a strong driver of future results.

The stock also trades at a significant discount relative to its peer group. In a market packed with companies trading at sky high valuations, Tyson offers a solid alternative for value investors.

Note this is not a buy or sell recommendation on any company mentioned.
Photo Credit: BidnessETC