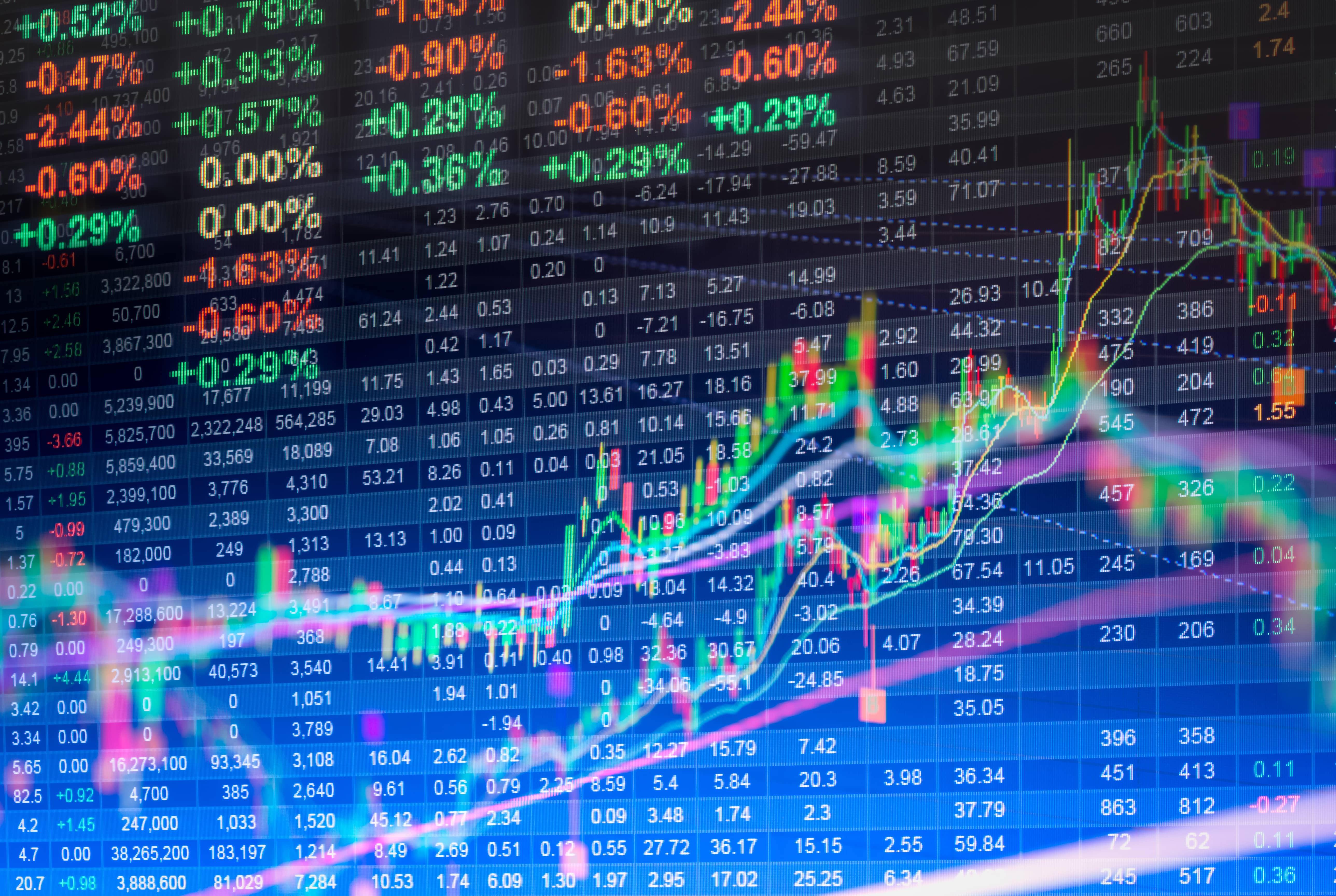 The 10 Most Undervalued Stocks Kicking Off Earnings Season

The following ten stocks all have big upside potential and are expected to announce their quarterly results in less than two weeks.

Stocks With Strong Fundamentals About To Report Earnings

Investors will be provided with buying and selling opportunities in the coming weeks as the majority of publicly traded companies will be releasing their results for the fourth quarter of 2017. Although quarterly earnings results can induce vast market reactions, any impact on stock prices is often short-term. Just because a stock tumbled due to disappointing earnings doesn’t mean that it is not a good investment anymore. In fact, it can be an attractive buying opportunity for as long as the fundamentals remain sound.

I used finbox.io's stock screener to search for companies that have strong fundamentals and are expected to report earnings soon. The following are all the filters applied in my Earnings Stock Screen:

There were 10 stocks that resulted from this stock screen as of October 31st. I then ranked them below by their blended upside.

The 10 Most Undervalued Stocks Kicking Off Q4 Earnings Season: k12

k12 (NYSE: LRN) is a technology-based education company. It provides online curriculum, software systems, and educational services to facilitate individualized learning for students primarily in kindergarten through 12th grade in the United States and internationally. The company sells individual online courses directly to families who desire to educate their children outside of the traditional public school system or to supplement their child’s existing public school education without the aid of an online teacher. K12 Inc. was founded in 2000 and is headquartered in Herndon, Virginia.

Shares of the company are down -5.4% over the last three months. The stock last traded at $16.51 as of Friday January 12 and six separate valuation analyses imply that there is 35.0% upside relative to its current trading price. K12 is estimated to report earnings on January 25th.

Joel Greenblatt is a notable investor in the K12. His fund currently holds a position worth $0.4 million. Greenblatt is best known for a very specific style of value investing termed: Magic Formula Investing. The company clearly has the fundamental characteristics that make it a perfect fit within his magic formula.

Western Digital (NasdaqGS: WDC) develops, manufactures, and sells data storage devices and solutions worldwide. It sells its products under the HGST, SanDisk, and WD brands to original equipment manufacturers (OEMs), distributors, resellers, cloud infrastructure players, and retailers. The company was founded in 1970 and is headquartered in San Jose, California.

Shares of Western Digital are down -4.7% over the last three months and finbox.io's fair value estimate of $98.02 per share calculated from six cash flow models imply 17.9% upside. The average price target from 26 Wall Street analysts of $114.43 per share implies even further upside.

Western Digital is expected to report earnings on January 25 after the market closes.

Illustrious money manager David Tepper currently owns 2,575,138 shares of WDC which represents 3.2% of his stock portfolio. Tepper, founder and portfolio manager at Appaloosa Management L.P., is widely known for having inspired what’s been dubbed the Tepper Rally of 2010. Through his macro view of the financial markets, Tepper was able to predict not only the stock market rally but the catalysts behind it which ultimately proved to be the Fed’s stimulus. Whatever the catalyst, Tepper is likely expecting a sizable rally in Western Digital's stock price.

Hawaiian Holdings (NasdaqGS: HA) engages in the scheduled air transportation of passengers and cargo. It markets and distributes its tickets through various distribution channels, including its Website hawaiianairlines.com primarily for North America and Neighbor Island routes, as well as through travel agencies and wholesale distributors for its International routes. As of December 31, 2016, the company’s fleet consisted of 20 Boeing 717-200 aircraft for the Neighbor Island routes; 8 Boeing 767-300 aircraft; and 23 Airbus A330-200 aircraft for the North America, International, and charter routes. Hawaiian Holdings was founded in 1929 and is headquartered in Honolulu, the State of Hawaii.

Hawaiian Holdings' stock currently trades at $38.75 per share as of Friday January 12, up 2.4% over the last three months. Finbox.io's six valuation analyses suggest that shares could increase 36.1% going forward. Hawaiian Holdings is estimated to report earnings on January 23.

It is also important to note that fund manager David Dreman is currently long the stock as revealed in his firm's most recent 13F filing. Dreman, founder and Chairman of Dreman Value Management, is best known for his contrarian value investing strategy. His published research has proven that out of favor stocks significantly outperform stocks considered to have more favorable outlooks. He obviously expects shares of Hawaiian Holdings to outpeform going forward.

Alaska Air Group (NYSE: ALK) Alaska Air Group, Inc., through its subsidiaries, provides passengers and cargo air transportation services primarily in the United States. The company operates through three segments: Mainline, Regional, and Horizon. It has a network of approximately 1,200 daily flights to 118 destinations across the United States, Mexico, Canada, Costa Rica, and Cuba. The company was founded in 1932 and is based in Seattle, Washington.

It's worth noting that highly followed portfolio manager Steven Cohen currently holds a position in Alaska Air Group worth $72.3 million. If you haven't heard of Billionaire Steven Cohen, you may already know a little about him if you've watched Showtime's hit series Billions. Investing morality aside, Cohen's real-life results are undeniable. He was the third highest-earning hedge fund manager of 2012 when he made $1.4 billion. No doubt Cohen is expecting big gains from his long position in Alaska Air Group.

Shares of the company are trading -8.8% lower over the prior three months. But the stock price could end up trading 39.9% higher in 2018 based on Alaska Air Group's future cash flow projections. Alaska Air Group is expected to report earnings on January 25 before market open.

Super Micro Computer's stock currently trades at $21.50 per share as of Friday January 12, down -4.9% over the last three months. On a fundamental basis, the company's stock is trading at a 28.8% discount to finbox.io's intrinsic value estimate. Super Micro Computer is estimated to report earnings on January 25.

The 10 Most Undervalued Stocks Kicking Off Q4 Earnings Season: Electronics for Imaging

Shares of the company are down -27.7% over the last three months. The stock last traded at $30.26 as of Friday January 12 and nine separate valuation analyses imply that there is 28.6% upside relative to its current trading price. Electronics for Imaging is expected to report earnings on January 31 after market close.

American Airlines (NasdaqGS: AAL) operates as a network air carrier providing scheduled air transportation services for passengers and cargo. As of December 31, 2016, the company operated a mainline fleet of 930 aircraft. It serves 350 destinations in approximately 50 countries, principally from its hubs in Charlotte, Chicago, Dallas/Fort Worth, Los Angeles, Miami, New York, Philadelphia, and Phoenix, as well as in Washington, D.C. The company was formerly known as AMR Corporation and changed its name to American Airlines Group Inc. in December 2013. American Airlines was founded in 1934 and is headquartered in Fort Worth, Texas.

Widely respected investor Warren Buffett currently owns shares of American Airlines worth $2,232.0 million. Buffett is a man who needs no introduction and has a total net worth of over $80 billion (4th wealthiest person in the world). Through Berkshire Hathaway, Buffett makes long-term investments as illustrated by the portfolio's low QoQ turnover rate. As a result, it is notable when Buffett holds a position in a company such as American Airlines.

Shares of the company are up 11.2% over the last three months and finbox.io's fair value estimate of $70.27 per share calculated from ten cash flow models imply 20.2% upside. The average price target from 18 Wall Street analysts of $63.11 per share similarly offers upside potential. American Airlines is estimated to report earnings on January 26.

The 10 Most Undervalued Stocks Kicking Off Q4 Earnings Season: Whirlpool

Whirlpool (NYSE: WHR) manufactures and markets home appliances and related products worldwide. The company’s principal products include laundry appliances, refrigerators and freezers, cooking appliances, dishwashers, mixers, and other small domestic appliances. Whirlpool Corporation sells its products to retailers, distributors, dealers, builders, and other manufacturers. The company was founded in 1898 and is headquartered in Benton Harbor, Michigan.

Whirlpool's stock currently trades at $172.75 per share as of Friday January 12, down -2.7% over the last three months. Finbox.io's eight valuation analyses suggest that shares could increase 18.0% going forward.

David Tepper also has a position in the company worth $67.5 million. Whirlpool is estimated to report earnings on January 25.

JetBlue Airways (NasdaqGS: JBLU) provides air transportation services. As of December 31, 2016, the company operated a fleet of 37 Airbus A321 aircrafts, 130 Airbus A320 aircrafts, and 60 Embraer E190 aircrafts. It serves 100 destinations in 29 states in the United States, the District of Columbia, the Commonwealth of Puerto Rico, the U.S. Virgin Islands, and 21 countries in the Caribbean and Latin America. JetBlue Airways Corporation was founded in 1998 and is based in Long Island City, New York.

Illustrious money manager Louis Bacon currently owns 60,000 shares of JBLU in his fund's stock portfolio. Bacon first came on the scene when he hit a home run in the 1987 stock market crash. Anticipating the crash he was short S&P futures, and then shifted long just as the market bottomed. Therefore, it is worth noting that he currently owns shares of JetBlue Airways.

Shares of the company are trading 12.6% higher over the prior three months. The stock could end up trading 18.2% higher in 2018 based on JetBlue Airways' future cash flow projections. The airline is expected to report earnings on January 25 before market open.

The 10 Most Undervalued Stocks Kicking Off Q4 Earnings Season: Biogen

Biogen (NasdaqGS: BIIB) discovers, develops, manufactures, and delivers therapies for the treatment of neurological and autoimmune diseases worldwide. The company offers products through its sales force and marketing groups. Biogen was founded in 1978 and is headquartered in Cambridge, Massachusetts.

It's worth noting that highly followed portfolio manager Ray Dalio currently holds a position in Biogen worth $13.8 million. Dalio is the billionaire investor that founded Bridgewater, one of the largest hedge funds on Wall Street. His hedge fund was likely attracted by Biogen's strong fundamentals.

The pharma company's stock currently trades at $335.95 per share as of Friday January 12, down -0.5% over the last three months. On a fundamental basis, the company's stock is trading at a 17.8% discount to finbox.io's intrinsic value estimate. Biogen is expected to report earnings on January 25 before market open.

The 10 Most Undervalued Stocks Kicking Off Q4 Earnings Season

In conclusion, the table below ranks all ten stocks by their blended upside.

Earnings season is one of the more exciting times of the year for investors. Many stocks will start trading at discounted prices due to poor earnings results.

Value investors may want to look closer into the names above prior to earnings as they all appear to be trading well below their intrinsic values. They'll become even more attractive on disappointing earnings. Or they may begin to trade closer to their fair value on positive results.

As of this writing, I did not hold a position in any of the aforementioned securities and this is not a buy or sell recommendation on any security mentioned.
photo credit: time.com