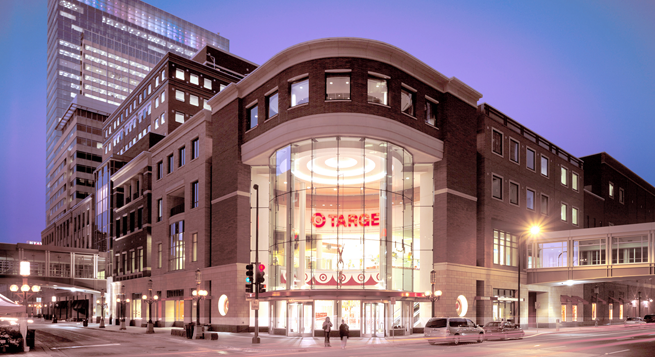 A confluence of technological and generational forces is changing how retail works. Millennials and Baby Boomers are demanding more from retailers, both in and out of the store. Big Box stores once could force customers to deal with unending parking lots, long lines, and generic product mixes, but the internet and evolving customer habits have punished this approach. In reaction, retailers have had to learn how to serve shoppers in evolving analog and digital worlds. Target Corporation’s (NYSE: TGT) focus has been on expanding digital delivery options, penetrating new markets with smaller stores, and updating existing stores based on local tastes.

Barbarians At The Gate

While shoppers previously had little option but to visit a store to make their purchases, the internet provides the ability to easily research and buy almost anything. Amazon.com (Nasdaq: AMZN) first attacked Big Box stores by underselling them without requiring prohibitive delivery costs. While the retailers worked to ratchet up their online presence, Amazon kept the pressure on by speeding up cheap delivery. To meet these new expectations, Target focuses on shipping from local stores, increasing logistical savings, efficiency, and delivery speed. Over the holidays, 70% of delivered items were sourced from local stores. It also purchased Shipt in late 2017. Shipt, which employs local shoppers to pick and deliver items from a variety of retailers, allows Target to provide same-day delivery in all major markets.

Target is late to market with some digitally-initiated fulfillment options. The company is still at the pilot program stage with curbside pickup service and is still tweaking its next day delivery service to restock household essentials. A quick expansion of the Drive Up service is vital, as evidenced by the success of Walmart’s (NYSE: WMT) curb-side pickup.

Target’s digital investments have been paying dividends with a positive contribution to EPS. It has also seen digital growth expand by over 25% annually for three years straight, and expects 2017 to be the fourth in a row. The company has room to grow in this area, with under 5% of its sales coming from the web.

Despite the impact of the digital revolution, bricks and mortar still drives nearly 96% of revenue, and management is taking a multi-pronged capex approach to increase foot traffic. In the Q3 earnings call, CEO Brian Cornell announced that the remodeling of existing stores will triple to 325 in 2018. These updates cater to local tastes, and are combined with staffing improvements, including increased pay and training.

In addition to improving the consumer experience in the Big Box stores, Target doubled down on improving location and convenience with smaller format stores, which jumped from 22 to 44 last year. It plans to open an additional 30 smaller footprint shops in 2018, allowing the company to reach dense neighborhoods previously out of reach. Despite the increased pace, Target lags Walmart in small footprint investment, which had opened 701 Neighborhood Markets as of October 2017.

Aiding Target’s bottom-line and capex spending will be savings from tax reform. The recently passed federal tax bill will be a plus for earnings, but management has not yet released specifics. When it raised its Q4 guidance in early January, lower tax rates were forecast to add 6 to 8 cents to quarterly guidance on an EPS of $1.30 to $1.40.

Management’s plans for spending the tax savings should provide tailwinds for the stock. Per January’s updated guidance press release: “The benefit of recently-enacted federal tax reform legislation will create additional cash flow that Target will deploy in support of its longstanding capital deployment priorities, including capital investments, dividends and additional share repurchase.”

Target announces earnings on March 6, at which time management should be able to speak to the true impact of the tax bill.

Value In a Market Rediscovering Volatility

An improving economy has led to worry about inflation, and the Federal Reserve increasing interest rates at a faster pace. However, Target should stand-out in this type of environment. Higher rates will generally hit higher growth companies due to a larger impact on discounted cash flows. In addition, wage growth and positive consumer expectations can help retail spending as witnessed by a great holiday shopping season last year. Target has proven its stability by paying 202 consecutive dividends and established itself as a high-end discount destination, thus ensuring it will not be quickly dropped from portfolios in panicked selling.

Target does have a higher beta (0.51x) than Walmart (0.19x), which means its price generally changes at half that of the market. However, it is less volatile than its other peers, such as the dollar stores and Costco (Nasdaq: COST), which boasts a 1.07 beta.

The value proposition begins with quality. Reliability of dividends is a hallmark of a quality stock, as is the actual payout. Target pays a higher dividend than its sector and the market and as noted above, has paid them for more than 50 years straight. Its 3.4% dividend yield provides investors an opportunity to earn a better return on their cash than 10-year Treasuries (2.9%), Walmart (2.1%), or Costco (1.1%). 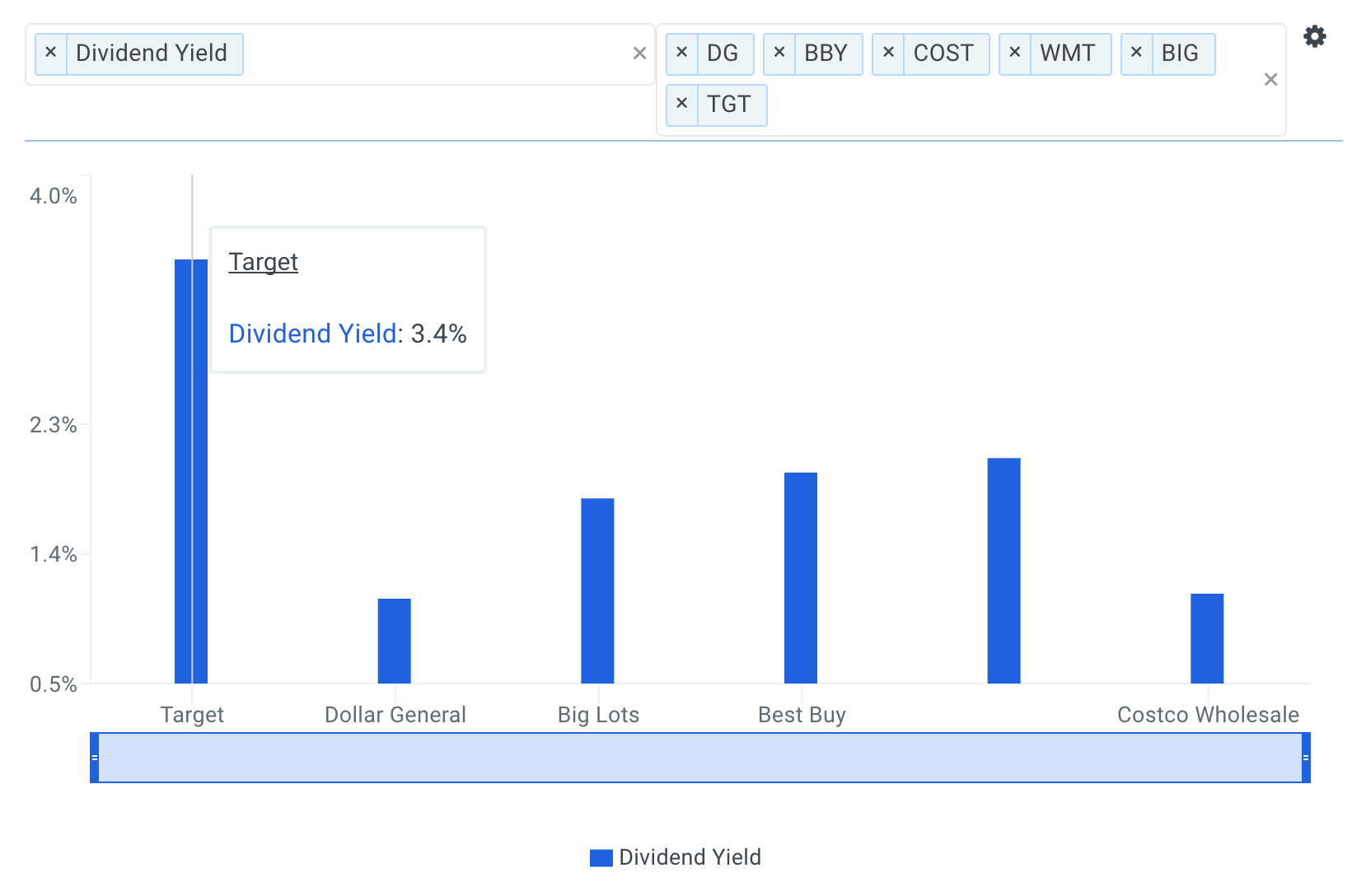 A comparison of a company’s multiples can illustrate valuation anomalies. It is often important to look past earnings, and the Price/Earnings ratio, for a purer comparison. Sales and cash flow multiples provide two alternatives for better peer analysis. Price/Sales utilizes a top-line revenue number that has not been impacted by accounting decisions. Target’s stock price is in line with its peers using the P/S multiple. However, one multiple that has historically generated market-beating returns, Enterprise Value/Free Cash Flow, shows more upside versus its peers. Enterprise Value is the company’s theoretical sale price; a better measure of worth than simple market cap. Free cash flow is the money remaining for shareholders after funding typical business operations. Again, a lower multiple is better here, and Target (10.5x) is trading much lower than Walmart (18.0x), Costco (24.0x), and its other peers. 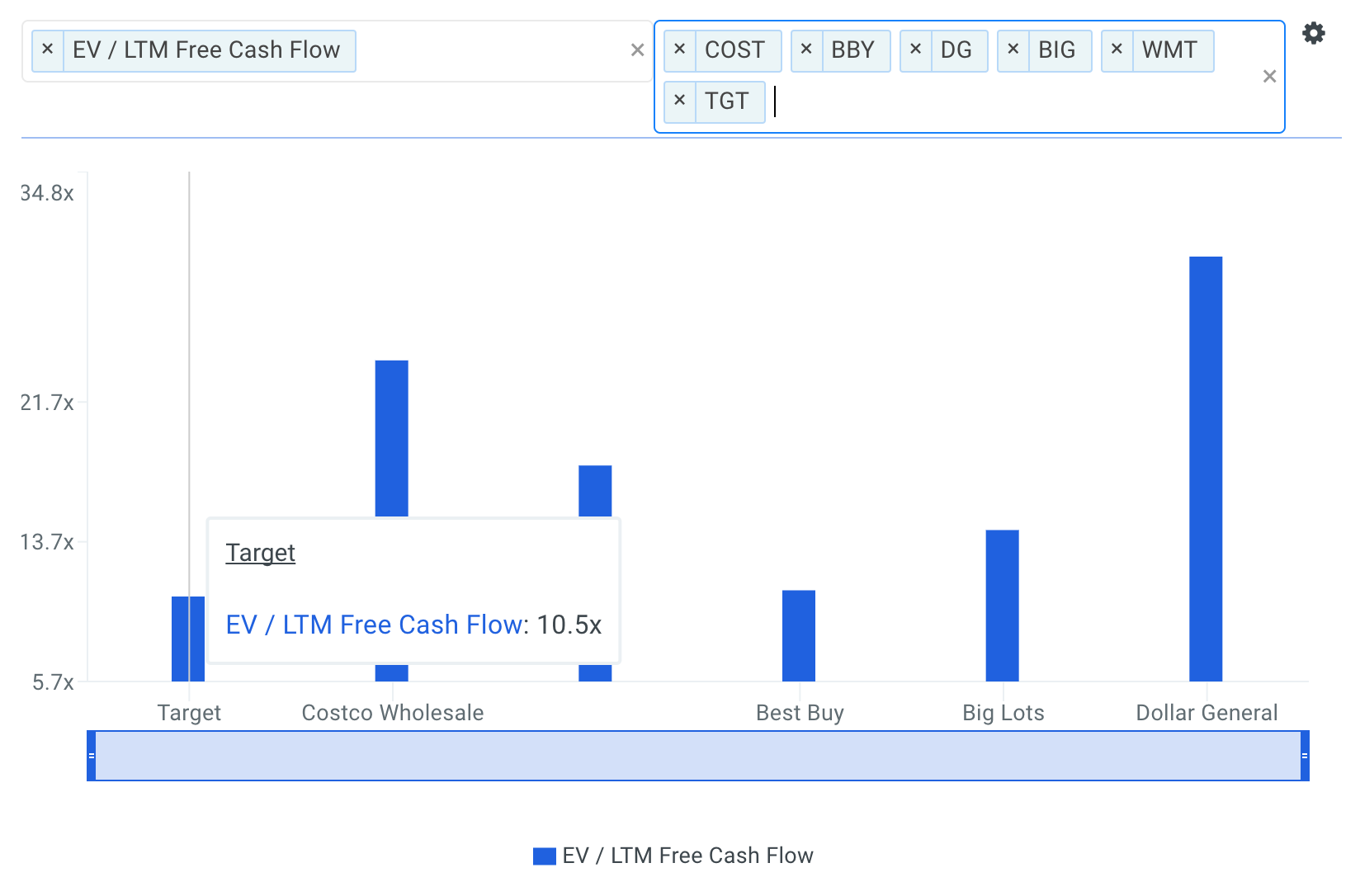 Another confirmation of Target’s attractiveness comes from finbox.io’s fair value estimate. The eleven models that derive its intrinsic value of $86.04 per share implies 19.7% upside.

The company reports earnings on March 6th, and Yahoo Finance has analysts estimating EPS of $1.37 per share which is at the high end of recent guidance of $1.30 to $1.40. While Price/Earnings is not an ideal metric for peer analysis, it is still useful for comparing expectations to current prices utilizing forward or forecasted earnings. As seen in the table below, Target appears underpriced based on Wall Street’s expectations compared to most of its peers, especially Walmart and Costco. 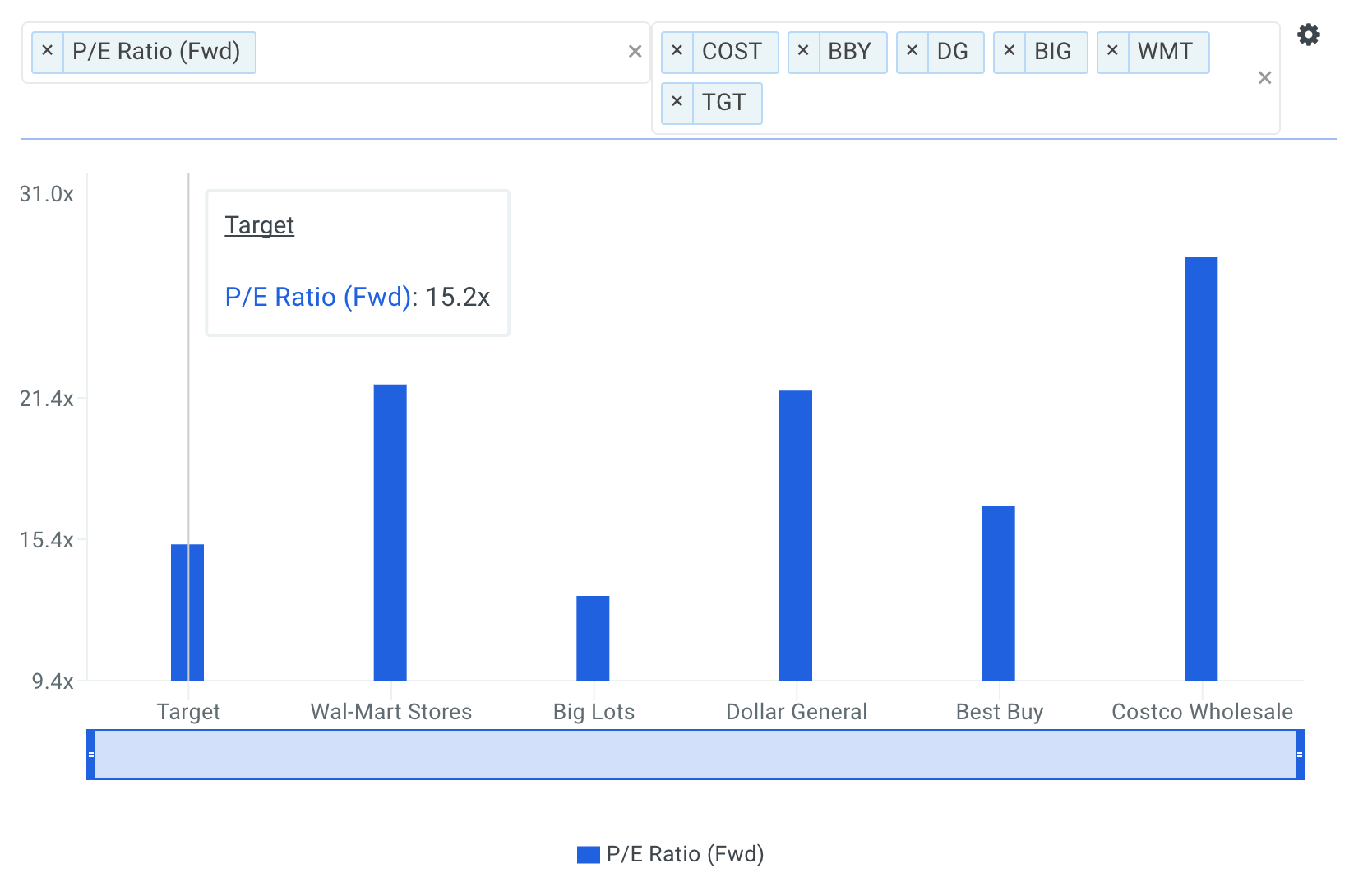 Target Conclusion: A Positive Longer-term View Due to Smart Investments

A strong economy, an intelligent acquisition with immediate impact on same day delivery, and continued investment in evolving their brick and mortar approach are all positives for the long-term appreciation of Target’s stock price.

The market appears to have bought into the company’s story, driving the price up since November. However, peer comparisons show Target has not risen too far or too fast. Shares have room to run as indicated by its intrinsic value estimate and discounted valuation multiples. In the meantime, investors can enjoy protection from major market volatility in a quality stock with a high dividend yield.