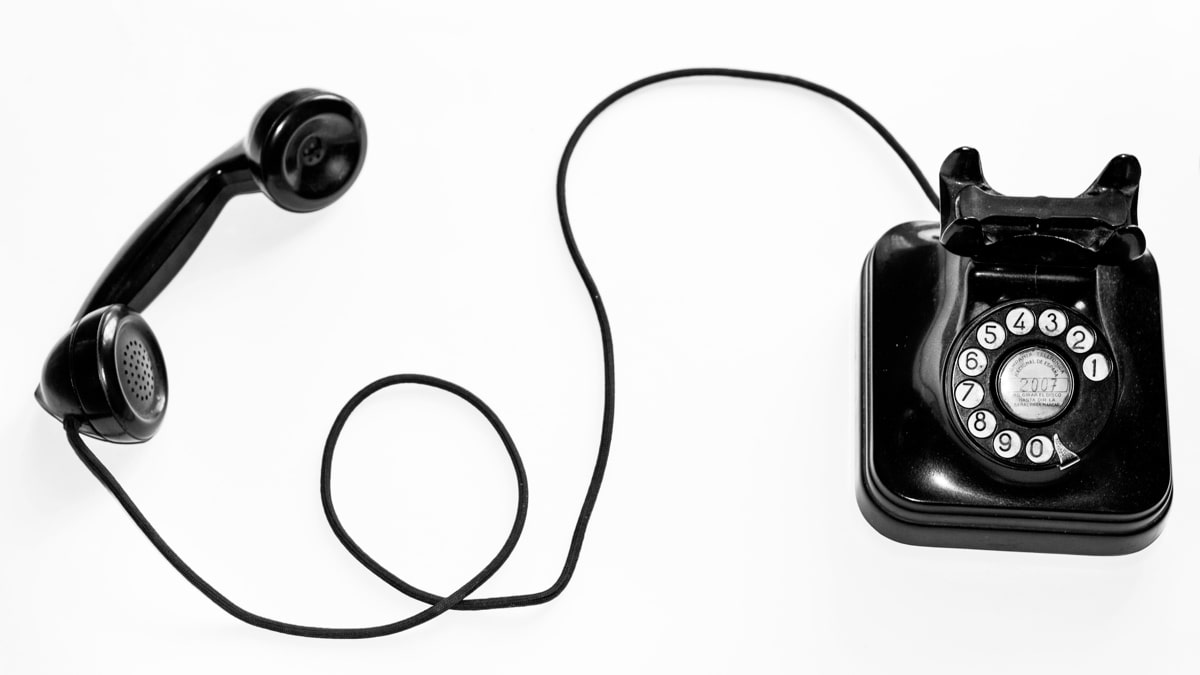 Apple Inc. (NASDAQ: AAPL) generated an excellent return on equity of 37.1% over the past twelve months, while the Information Technology sector returned 3.8%. While Apple's performance is highly impressive relative to its peers, it's useful to understand what's really driving the company's strong ROE and how it's trending. Understanding these components may change your views on Apple and its future prospects.

Return on equity represents the percentage return a company generates on the money shareholders have invested. Return on Equity or ROE is defined as follows:

In general, a higher return on equity suggests management is utilizing the capital invested by shareholders efficiently. However, it is important to note that ROE can be "manufactured" by management with the use of leverage or debt.

Apple's historical ROE trends are highlighted in the chart below. 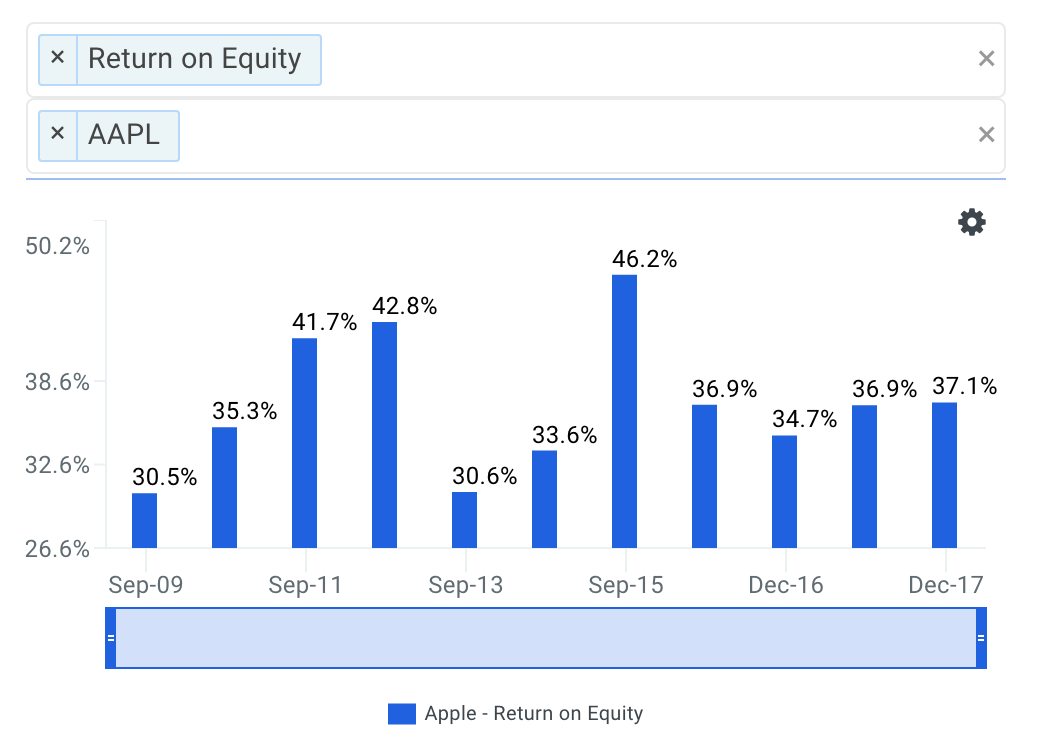 The return on equity of Apple has generally been declining over the last few years. ROE decreased from 46.2% to 36.9% in fiscal year 2016, stayed there in 2017 and slightly increased to 37.1% as of LTM Dec'17. So what's causing the general decline?

The DuPont analysis is simply a separate way to calculate a company's ROE: 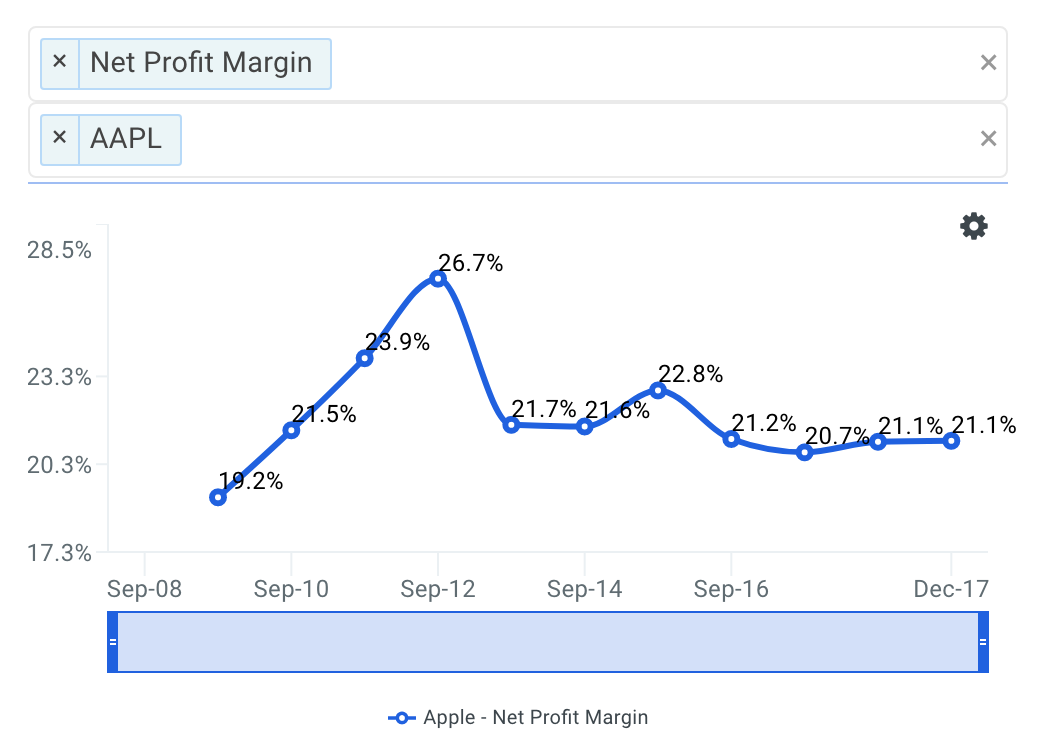 Unfortunately for shareholders, Apple's asset turnover has decreased each year since 2015. Turnover decreased from 0.9x to 0.7x in fiscal year 2016, decreased slightly in 2017 and decreased again to 0.6x as of LTM Dec'17. 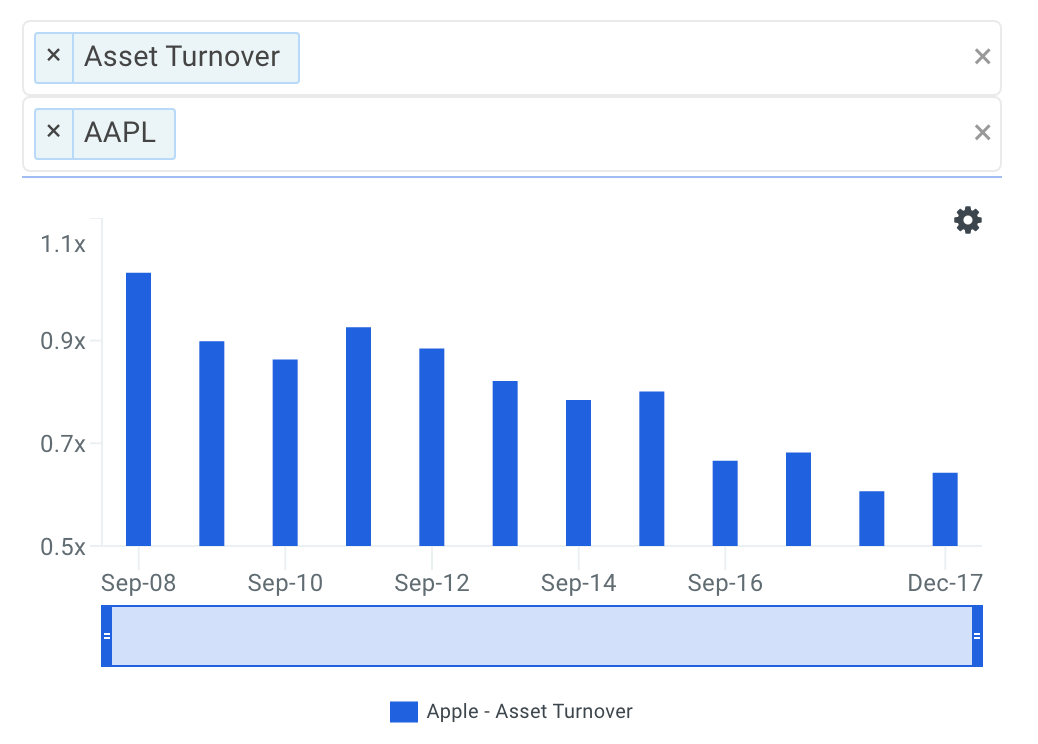 As a result, the company's worsening asset turnover ratio helps explain, at least partially, why ROE continues to decline.

Finally, the DuPont constituents that makeup Apple's ROE are shown in the table below. 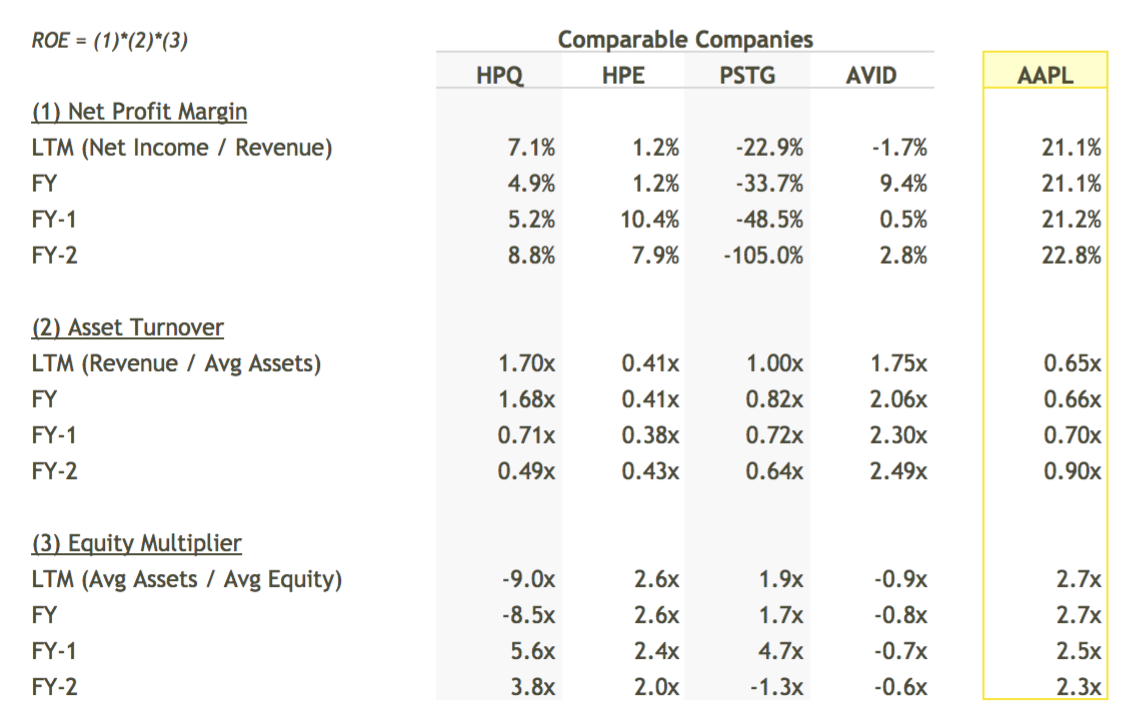 In conclusion, the DuPont analysis has helped us better understand that Apple's general decline in return on equity is the result of a worsening net profit margin, a declining asset turnover ratio and increasing leverage. Therefore when looking at the core operations of the business, Apple shareholders have reason to be concerned due to the company's general decline in profitability along with deteriorating operational efficiency.

The DuPont approach is a helpful tool when analyzing how well management is utilizing shareholder capital. However, it doesn't necessarily tell the whole story. For example, how do the company's ROE trends compare to its peers or sector? How about in absolute returns? I recommend that investors continue to research Apple to gain a better understanding of its fundamentals before making an investment decision.