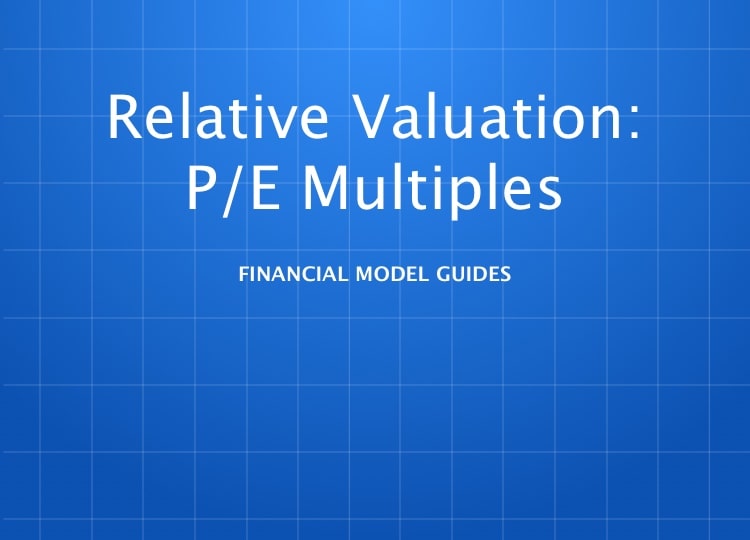 A P/E Multiple, also known as the Price-to-Earnings ratio, indicates the multiple of earnings investors are willing to pay for one share of a company. To determine if a company is "expensive" it is far more useful to compare P/E ratios (say 15x vs 20x) than the absolute stock price ($5/share vs $5,000/share). If you're not familiar with P/E ratios, I recommend reading Understanding the P/E Ratio on Investopedia first.

The formula behind a P/E Multiple model is the following:

Once we've estimated Market Cap or Common Equity Value, we can divide it by Shares Outstanding to calculate Fair Value per Share

finbox.io has algorithms that select the default peer group but you can use sources like SEC filings, news, research reports, and your industry knowledge to customize the peer group.

The key question we're trying to answer in this step is the following -- are the differences in operating metrics like growth and margin in the peer group accurately reflected in the market P/E multiples?

If all else is equal, higher quality businesses deserve higher valuation multiples. Questions like these can help you discern how the subject company ranks against the peer group. PE multiples are highly correlated with growth so differences in Net Income growth often explain differences in valuation.

So how does Finbox estimates the P/E? After February 2020 update, all our financial models are powered by a sophisticated machine learning model that takes into account over 50 parameters as inputs to make default predictions for exit multiples used in DCF models as well as multiples used in comparable company analysis.

You can follow the same thought process discussed in the previous step to select a multiple based on projected or Forward Net Income.

Based on the range of fair values detemined using LTM and Forward Revenue, in this step you can input your concluded Fair Value Range and see how it compares to the current market price. By default finbox.io uses a simple average of the two estimates. I felt equally confident in my LTM and Fwd Multiple selections so left the conclusion unchanged.

With a possible 31% upside, it may be worth it to take a closer look at Verizon. I can also use finbox.com's Price Target and Alerts features to track Verizon's stock price and wait for a better entry.