Alcoa (NYSE:AA) is expected to report earnings on Monday July 11th after the market close. Alcoa shares have been volatile since announcing its plan to split into two separately traded companies on September 28th, 2015. The split is expected to commence later this year and has attracted a lot of investor attention. It’s a good time to check Alcoa’s fair value range with earnings and further spin-off news looming.

Aluminum production has been Alcoa’s primary business since incorporating in 1888. However, the company has transformed itself into a diversified metals company that makes products for the aerospace, automotive, transportation, and building and construction markets. This new and more attractive business will be renamed as Arconic and trade under the ticker symbol ARNC.

So what’s the rationale for the split? Alcoa management expects significant value creation from Arconic’s individual price discovery. Alcoa is typically compared to upstream focused aluminum and metal producers such as Century Aluminum (Nasdaq:CENX), Freeport McMoRan (NYSE:FCX), Aluminum Corp. of China (NYSE:ACH), Nucor Corporation (NYSE:NUE) and United States Steel Corp. (NYSE:X). The forward EBITDA multiples of this peer group range from 6.4x to 11.3x as shown in the chart below. 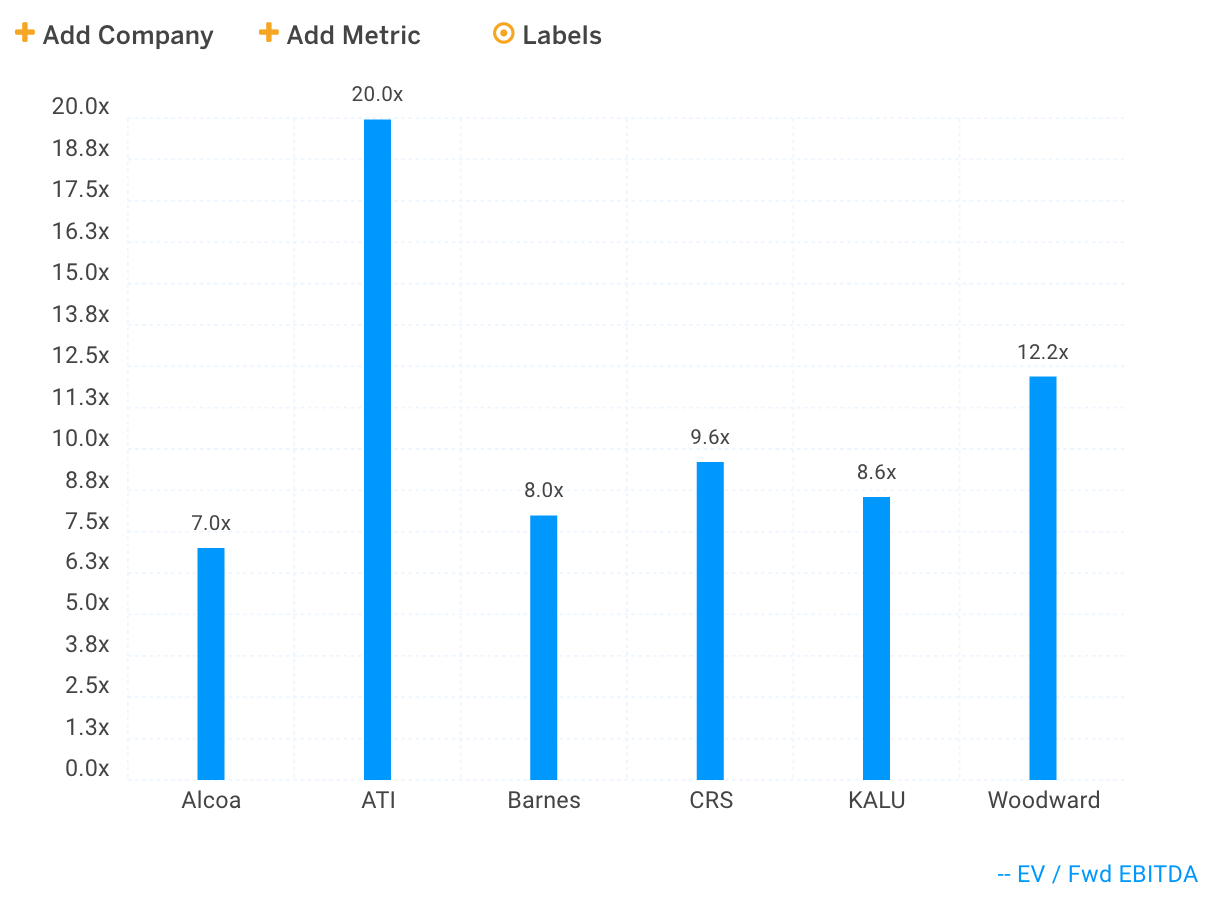 Bullish investors believe that the two separately traded companies will be worth more than the combined entity. By analyzing both charts above, it’s easy to see that Alcoa’s valuation multiples generally trade below both peer groups implying that shares may be undervalued on a relative basis. Alcoa’s stock also looks attractive on a discounted cash flow (DCF) basis for the combined entity.

Using the street’s consensus forecast implies that Alcoa may be undervalued by over 25%. Note that I use a 7.0x EBITDA exit multiple at the midpoint to calculate a terminal value which is the company’s forward multiple.

Investors will have to wait to see what valuation multiples the two separate entities will ultimately trade at. However, long-term holders should enjoy knowing that the company currently trades below both the upstream and downstream peer groups. It’s also worth noting that institutional investors are betting that the split will add value for shareholders. Eight of the ten top institutional investors have increased their positions since the split was announced. May be worth adding shares as the stock currently trades below pre-split prices.