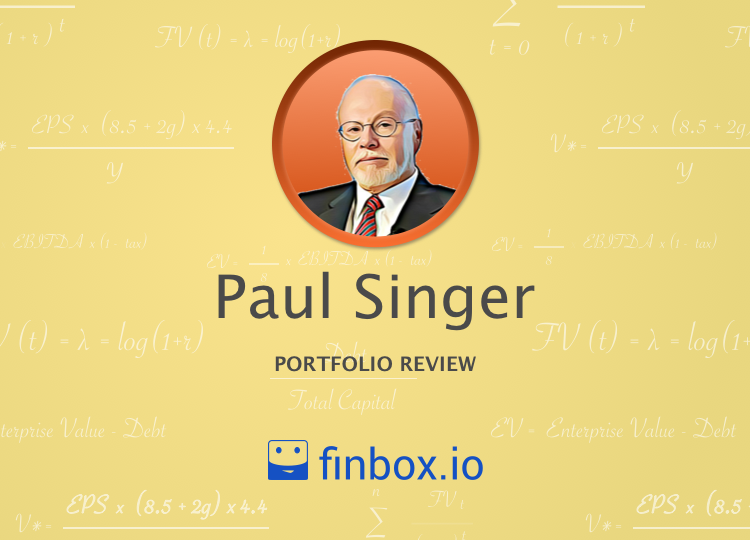 Bloomberg called him the World’s Most Feared Investor, while Fortune magazine said he is one of the "smartest and toughest money managers in the hedge fund industry.” Others describe him as a vulture capitalist and the poster boy for greed.

Paul Singer is the founder and CEO of Elliot Management Corporation, one of the oldest hedge funds on Wall Street. He founded the company in 1977 after a short career as a lawyer. Today his company manages $23 billion, and Singer has built a personal fortune of $2.9 billion.

Singer is no stranger to controversy. He is most famous for suing the Argentinian government over bonds the country defaulted on. Singer’s firm eventually impounded an Argentinian naval ship in a Ghanaian port, using the ship as collateral in negotiations. The story ended with Argentina being forced to sell new bonds to repay the original bondholders.

The fight with Argentina was just one of the controversies Singer has been involved in. Another was when he started the chain of events at Samsung in 2015 that ended with the impeachment of the President of South Korea. He more recently got into a bidding war with Warren Buffett for control of a Texas Utility company and he also tried to force a restructuring at BHP Billiton, the world’s largest mining company.

Singer started out in convertible arbitrage but is now better known for investing in distressed debt. When it comes to investing in companies he is an activist investor and likes to restructure companies if he believes value can be unlocked. He is not afraid to use litigation to support his strategy. Singer has a history of buying stakes in companies and then forcing a takeover by another company – at a higher price.

These examples illustrate how Paul Singer treats each investment as a campaign. The goal of each campaign is to influence events to increase the value of his stake. He doesn’t win every time, but he wins often enough to keep his shareholders very happy.

Elliott Management's stock portfolio totals nearly $16.9 billion according to the latest filing. The list value of stock holdings is up 6.3% when compared to the last quarter. As a benchmark, the S&P 500 was up 3.9% over the same period.

Quarter-over-Quarter Turnover (QoQ Turnover) measures the level of trading activity in a portfolio. Elliott Management's QoQ Turnover for the latest quarter was 19.0%, so the firm appears to trade a significant percent of its portfolio each quarter.

The Ideas section of finbox.io tracks top investors and trending investment themes. You can get the latest data on the holdings discussed below here. The following table summarizes Elliott Management's Largest Holdings reported in the last filing:

The seven positions above represent 50.5% of the hedge fund's total portfolio.

It was interesting to see Elliot Management add another $460 million to its NXP Semiconductor holdings making it the largest position in its portfolio. Singer believes that the bid from Qualcomm "significantly undervalues" the company which is why he's added to his stake. He wants NXP to renegotiate with Qualcomm, find a better offer from another buyer or remain a standalone company.

Here's the list of the biggest position reductions determined by comparing the last two filings:

To find stocks in his portfolio that may be unpopular at the moment and trading at cheap valuations, I ranked his holdings by price pullbacks. The ranking table below lists the 3 stocks in Elliott Management’s portfolio by stock price performance over the last 30 days.

The table below ranks stocks in Elliott Management's portfolio with most bullish analyst targets: