The U.S. steel industry has been in a downtrend since the 2008 global recession due, in large part, to China’s dumping of cheap steal into the market. The chart below illustrates just how much the imbalance of China’s imports and exports of steel has widened since 2009. 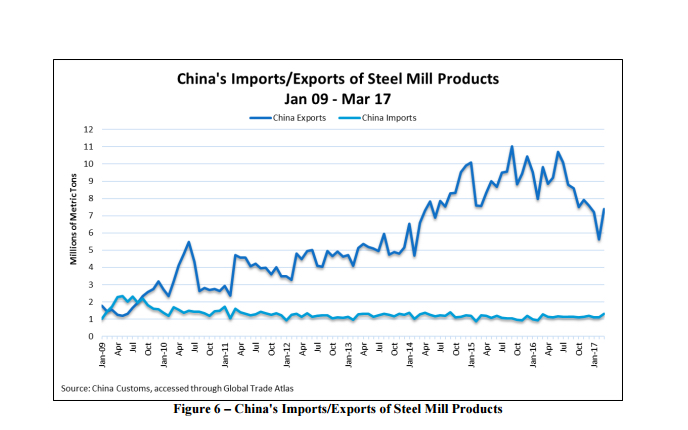 This supply and demand imbalance has pushed steel prices lower which has weighed heavily on producers such as U.S. Steel Corp (NYSE:X), Nucor (NYSE:NUE) and Steel Dynamics (NASDAQ:STLD). However, sentiment for this sluggish industry changed following the election of President Donald Trump and his “America First” focus.

Global demand also appears to be on the uptrend. The World Steel Association reported in April that the global steel capacity utilization is up by 26%, its highest level in nearly two and half years.

More recently on May 24th, Credit Suisse upgraded the entire steel sector highlighting that its “channel checks with U.S. traders and OEMs indicate that a structural change is taking place with respect to U.S. trade… which the market is underestimating.”

Tailwinds appear to be building in the U.S. steel market.

Nucor Corporation is an American steel and related products producer. It is the largest steel producer in the U.S. and also the largest minimill steelmaker. The use of minimills in steel manufacturing rather than traditional methods of melting the scrap steel adds more value to Nucor when compared with traditional manufacturers such as U.S. Steel Corp and AK Steel (NYSE:AKS).

Minimills are already experiencing a comeback and have been a bright spot in the industry. Bradford Research recently highlighted that profits for minimills are up 50% to 100% compared to this time a year ago.

In addition, Nucor is a well diversified and well positioned U.S. steel company. Over the last several years, the company focused on expanding its business in new areas such as Canada and Mexico to help combat geographic specific downturns. These precautionary actions should pave the way for tremendous growth going forward in addition to any potential comeback in the U.S. steel market.

The company’s 2016 EBITDA and EBITDA margin of $2,116 and 13.1%, respectively, reached a level not seen since 2008. Furthermore, the company’s unique profit sharing price structure helped Nucor stay profitable though the steel industry's downturn as shown below.

Nucor’s profit and returns are also well above its industry peers and the materials sector as a whole as illustrated below. 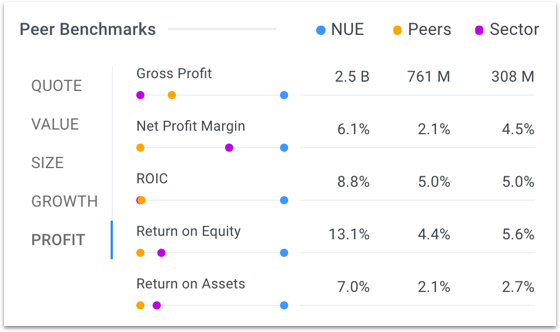 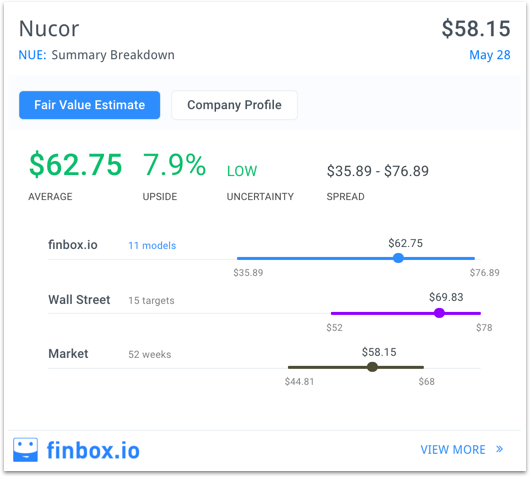 Nucor is a diversified, high-quality business with a consistent track record and looks to be trading at a discount. A potential increase in global demand coupled with President Trump’s trillion dollar investment plan and section 232 investigation provide additional upside for Nucor shareholders.

Value investors may want to take a closer look at this shining steel stock.

Next story A Retail Stock With 30% Upside