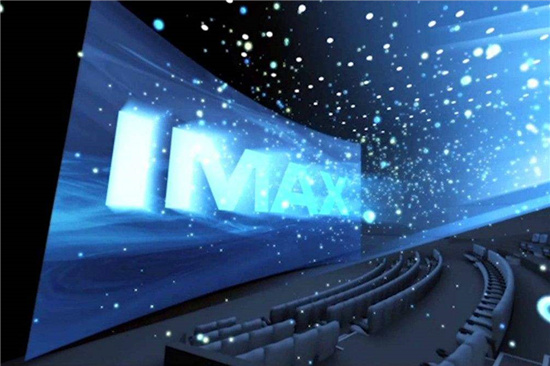 With the continued rise in popularity of Netflix (NasdaqGS: NFLX), Hulu, and other disruptive technology companies, you may have found yourself not taking quite as many trips to the local theater. So when you come across movie-related stocks, your eyes may quickly glaze over.

With declining attendance figures, this is certainly understandable. However, it may be a bit foolhardy in the case of Imax Corporation (NYSE: IMAX). For one, while total U.S. box office numbers were down 14% YoY in the third quarter, Imax’s domestic box office was up 18%.

The negative stigma stemming from disruptive technologies is a theme that renowned value investor Seth Klarman of Baupost Group touched upon in his letter to shareholders last month:

"On the other hand, Baupost is finding value among some firms attacked by the likes of Amazon. ‘Increasing technological disruption is already pushing some securities well below our assessment of underlying value,' writes Mr. Klarman, 'as legitimate concerns are, in some cases, carried to excess.'

As an example, he cites department stores: 'Even for Macy’s, the correct price today is not zero,' says the letter. 'Macy’s owns valuable real-estate assets, and there may be ways to navigate through the current environment while salvaging some value for shareholders.'

While overall movie attendance trends certainly present legitimate concerns, valuations of movie-related stocks suggest that these concerns have been taken to excess. In fact, Klarman and Baupost recently disclosed it added to its position in Imax’s largest customer, theater-chain operator AMC Entertainment (NYSE: AMC). Note that Klarman’s stock holdings were up 21.7% QoQ while the S&P 500 increased by 6.1%. View a detailed review of his holdings here.

Imax designs, manufactures, and sells/leases its large-format theater systems and digitally remasters standard films into its proprietary Imax format. For reporting purposes, the company divides its business into 4 categories: Network, Theater, New Business and Other. 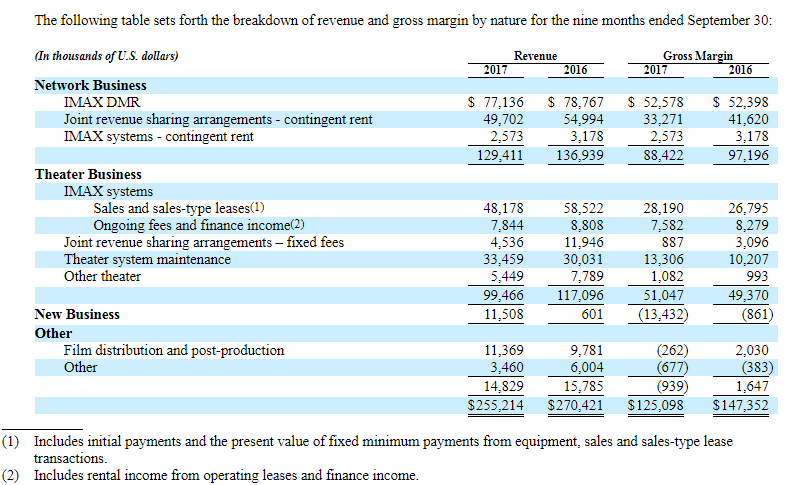 Imax’s growing global theater network has a large presence in the United States and Greater China, with 397 and 499 theaters, respectively:

Imax posted strong revenue growth during its third quarter, up 14% Y/Y to $98.8 million. Performance was helped by a record third quarter box office that was up 17% to $219 million. Imax also enjoyed a strong showing from its international (ex-China) box office, which contributed 34% of Imax’s total box office.

Imax systems are based on proprietary and patented technology, including patented theater architecture. The company has become a trusted brand and partner for Hollywood’s top directors, a relationship that appears difficult for upstart companies to overcome. These aspects have allowed Imax to capture a dominant 50% share of the large-format viewing market. As such, Imax’s patented technology and trusted brand appear to give the company a significant competitive advantage over other large-format brands.

Imax had 1,302 screens in its global theatre network at the end of the third quarter and management increased its full-year 2017 installation guidance to 160-165 new systems (with a backlog of 545 systems). Demand for Imax’s premium offering continues to show strength. Over the past month, Imax has announced two new theater agreements. The first was a four-theatre expansion in Turkey and just last week Imax announced a partnership with Supercines (Ecuador’s largest cinema operator) for five new Imax theatres.

Analysts expect 0.3% revenue growth to round out fiscal year 2017, a slight decline from its 0.9% showing last year. However, EBITDA margin is expected to jump up from 27.7% in 2016 to 33.5%. Prior to 2016, EBITDA margins averaged close to 35% so I don't actually see this margin expansion as aggressive. More in line with what management has proven it can achieve. 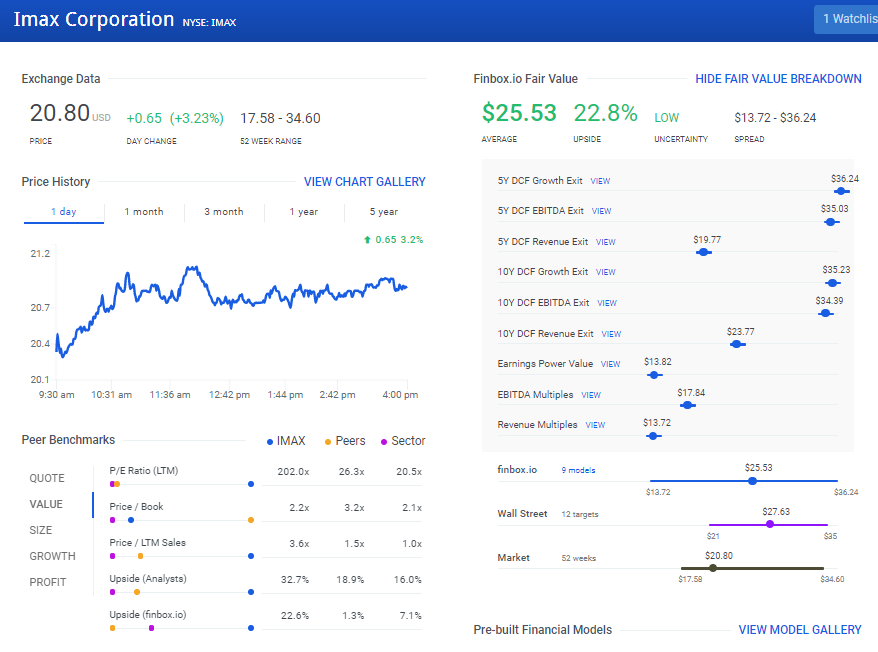 Imax is certainly dependent on Hollywood’s ability to churn out new hits and there’s also a risk from large theater companies’ in-house premium offering brands. With increased revenue from its international theatres, Imax is increasingly exposed to foreign-currency risk as well.

Recent declines in box office attendance have understandably been a concern for investors. Compared to traditional theatres, however, Imax has shown solid yearly box office growth. Plans for continued theatre expansion should also aid the topline while cost-cutting initiatives have already begun to benefit margins.

Negative sector sentiment appears to have reached a point of excess in the industry. If management can deliver even low-to-mid single digit revenue growth, there looks to be almost 30% upside to a stock with dominant market share and several competitive advantages. With Imax set to report earnings on the 27th, value investors may want to take a closer look.