Over the past few years, the retail segment has seen strong growth while the SP unit has struggled leading to its restructuring.

We have seen a very strong bullish reversal in the share price over the past week, and it is worth looking at how far this may go. Finbox.io's nine valuation models conclude an average fair value price target of $60.66 per share, well above its current trading price of around $46.00. In fact, only the Earnings Power Value model suggests a fair value below the current price. Wall Street’s consensus is just below the finbox.io average fair value at $58.67. Overall, the nine models and three Wall Street targets imply that the stock is 28%-32% undervalued. 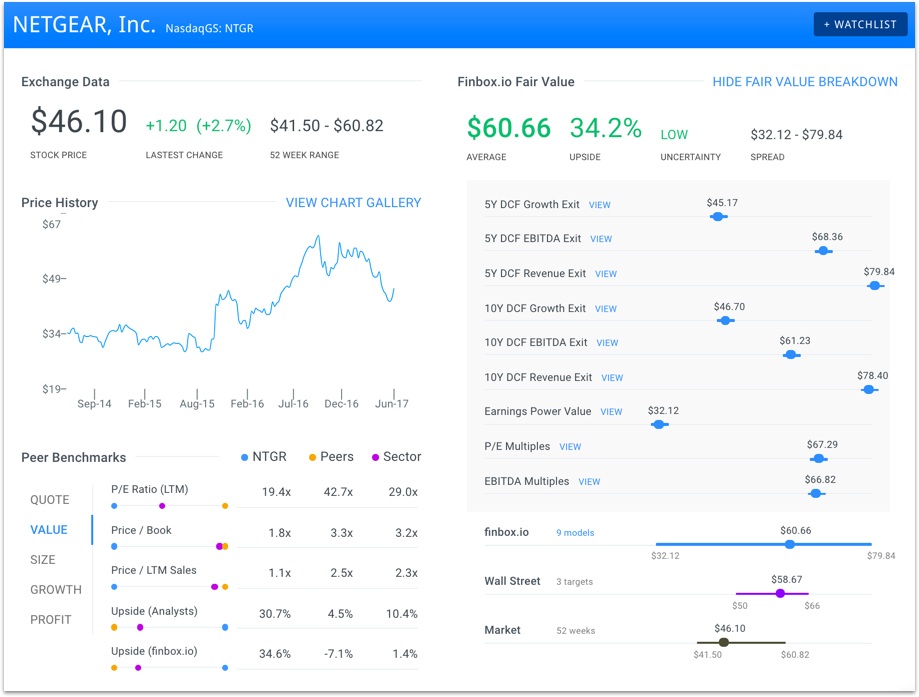 After the 2008 bear market, the share price experienced a strong rally through 2011 and then traded in a tight range for nearly five years. In 2015 another rally started, as the retail segment began to show signs of strong growth.

Here's What Should Concern Investors

Since September 2016, the company's shares have been under pressure for a variety of reasons:

• The company also incurred nearly $4 million in restructuring costs in 2016 in connection with its SP segment. However, investors have been unimpressed by the results thus far.

• Netgear management has already shown investors that they are capable of operating with long periods of mediocre growth as illustrated below. 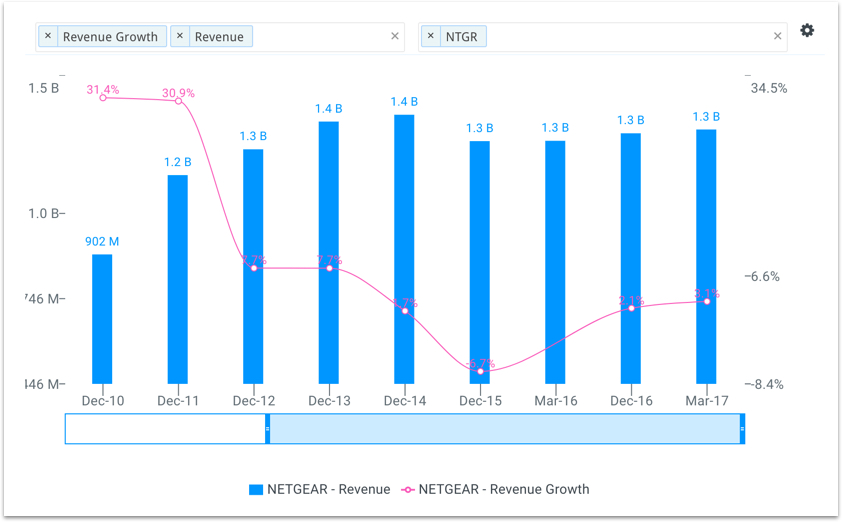 However, the recent bullish reversal should excite shareholders.

Here's What Should Excite Investors

The fall in the share price was justified, but it may have been overdone, and there are a couple of very good reasons we could see more upside from here. 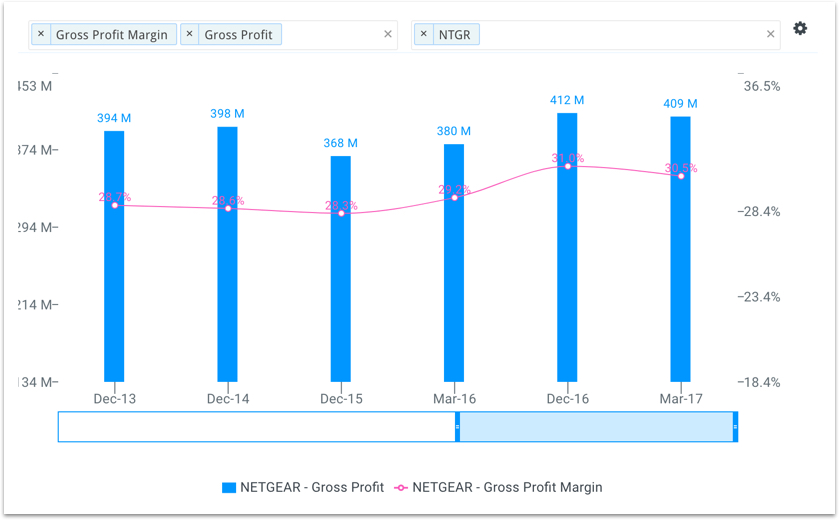 • Netgear is recognized as the market leader for home WIFI routers. The ORBI router offers the highest speeds when measured against competitors.

• The company is about to launch two new products to the retail market; the Arlo Baby and Arlo Go weatherproof cameras.

• Netgear has no debt and enough cash on hand to fund further growth initiatives. 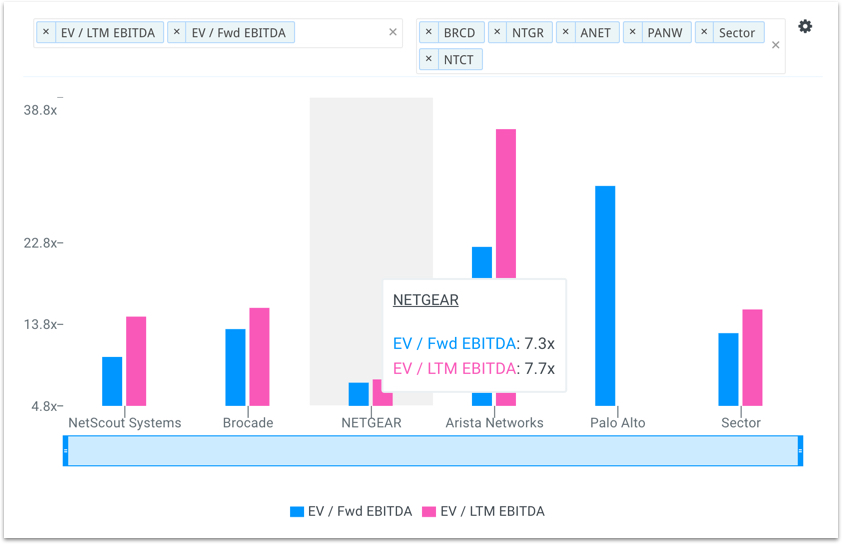 Why Netgear Could Become A Growth Stock

Netgear is a solid company trading well below its fair value. However, there’s more to the story and its upside potential. As a trusted manufacturer of connected devices, Netgear is perfectly positioned to become a player in the Internet of Things (IoT) market. Companies like Amazon (Nasdaq:AMZN) are already investing billions in this fledgling industry, which happens to be dependent on the technology Netgear is a market leader in.

Looking back at the past decade, Netgear would not be described as a growth stock. But when you look at the revenue growth from the retail segment, the new products on the horizon and the optionality of exposure to the IoT market, you have the recipe for a growth stock.

Overall, Netgear is a value play but has the potential to evolve into a growth stock. The strong price action we have seen recently appears justified.

Next story Why La-Z-Boy Looks Undervalued Ahead of Earnings