Monsanto to Stand Alone Prior to Earnings

Monsanto (MON) is expected to reports earnings tomorrow morning before the market opens. Share prices are roughly even YoY but its story has been anything but boring the last month. Bayer made an unsolicited, non-binding proposal to acquire MON for $53.3 billion in cash ($122 per share) on May 18. Shares have been volatile since the announcement, ranging from $97.13 to $112.47. 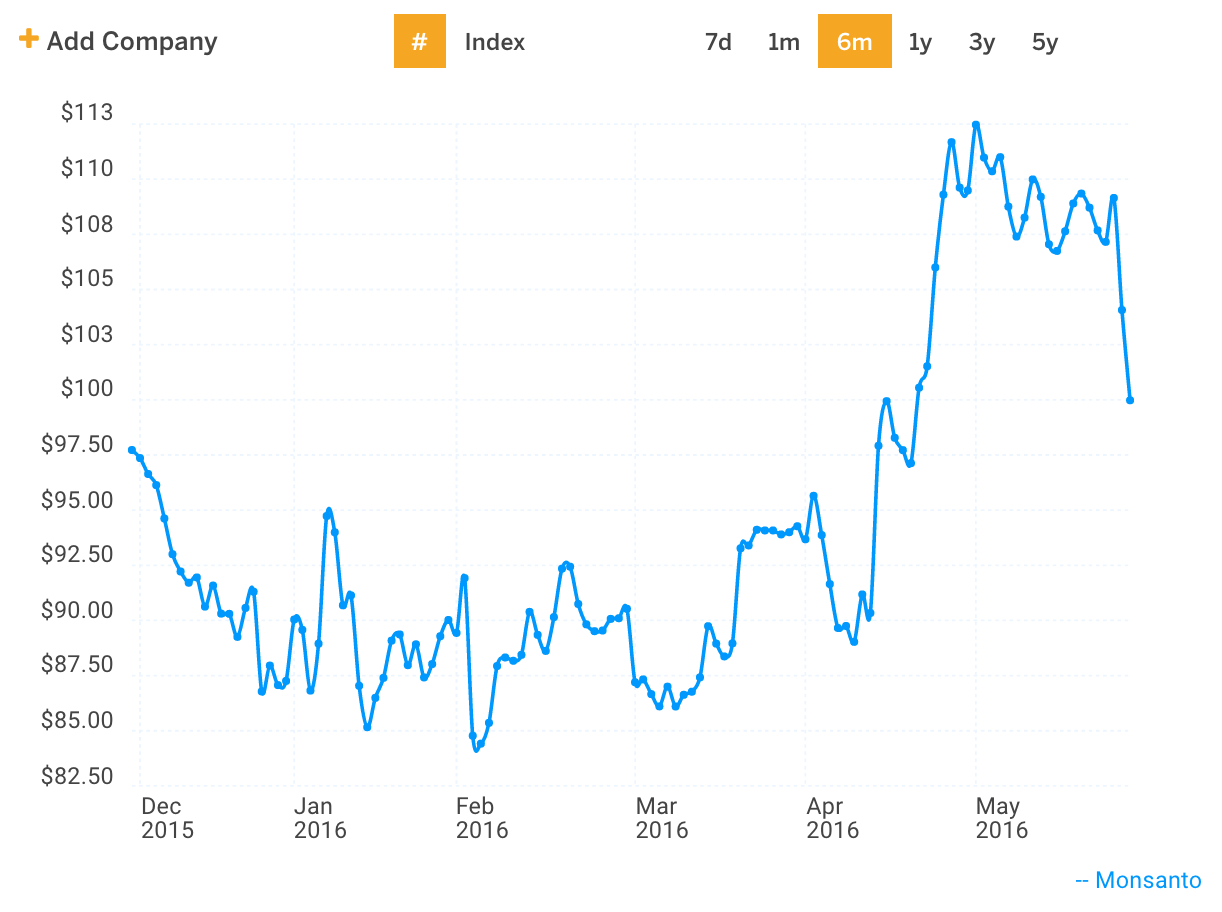 Initially, analysts viewed the deal as highly unlikely while Bayer investors were furious about not being kept in the loop. Then everyone caught their breath a week later and the deal was suddenly viewed as highly likely after investors caught wind of pro-forma synergies. Now nothing about the take-over has been heard for weeks. The last bit of news came on June 10th when MON rejected the $122 per share bid for the second time as Bayer refused to up its price. Investors seem to have lost their patience and prices have fallen steadily over the last month. 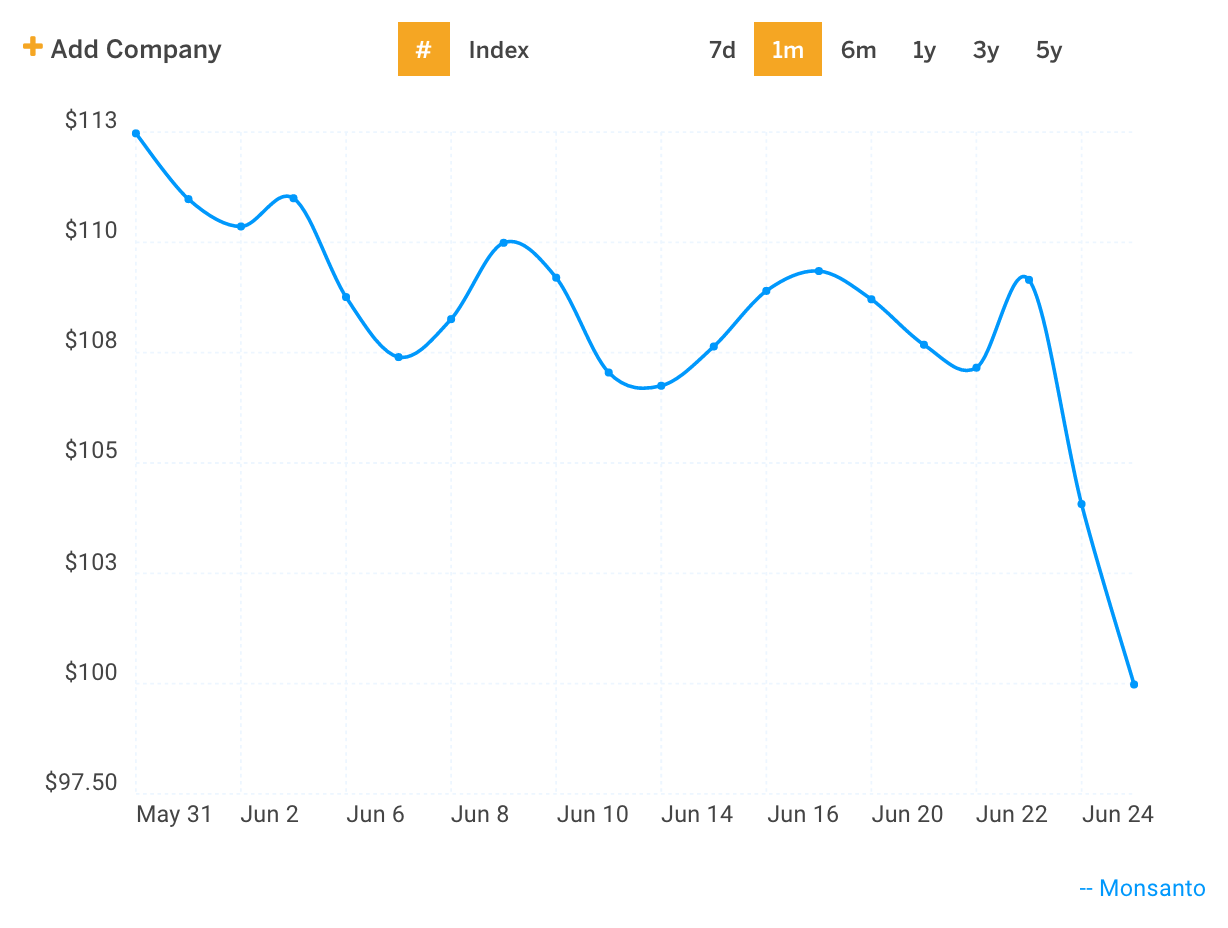 So let’s assume MON is back to business as usual and will continue to operate as a standalone business for the foreseeable future. But where has all this volatility left us? Stocks often recklessly abandon their fundamentals amid acquisition rumors. Let's do a quick sanity check by comparing the company’s valuation multiples vs a group of selected peers. I’ve chosen E. I. du Pont de Nemours (DD), Sherwin Williams (SHW), Mosaic (MOS) and Agrium (AGU) as shown in the chart below. 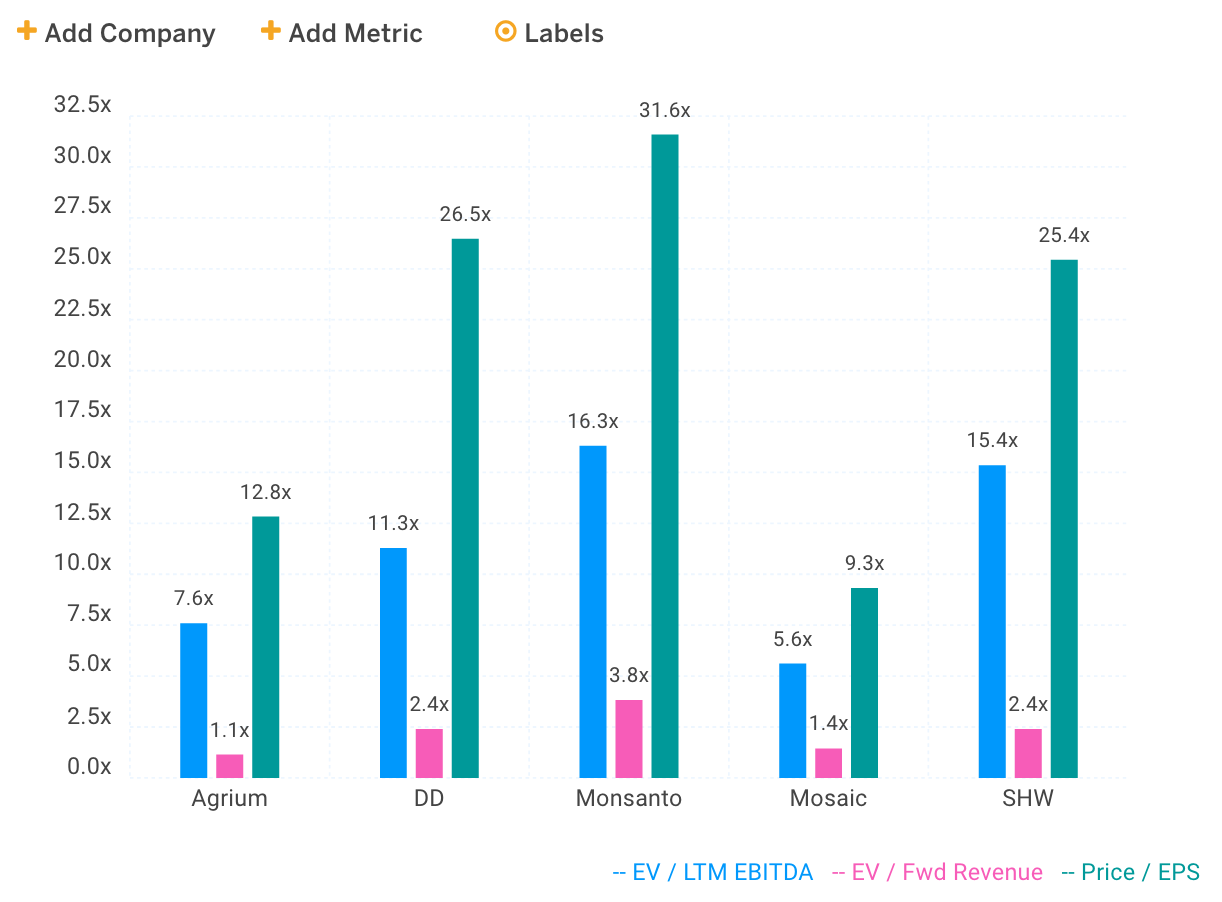 MON is trading at lofty LTM valuation multiples even after its recent stock slide. But how much overvalued is MON? The 5-year DCF analysis below highlights a fair value of ~$92 per share at the midpoint. This implies that the stock remains overvalued by almost 10%.

Note that a 9.5x EBITDA exit multiple is applied to calculate the terminal value. This is the average multiple of the Fertilizers and Agricultural Chemical sector. Wall Street estimates are also used for the 5-year forecast period. 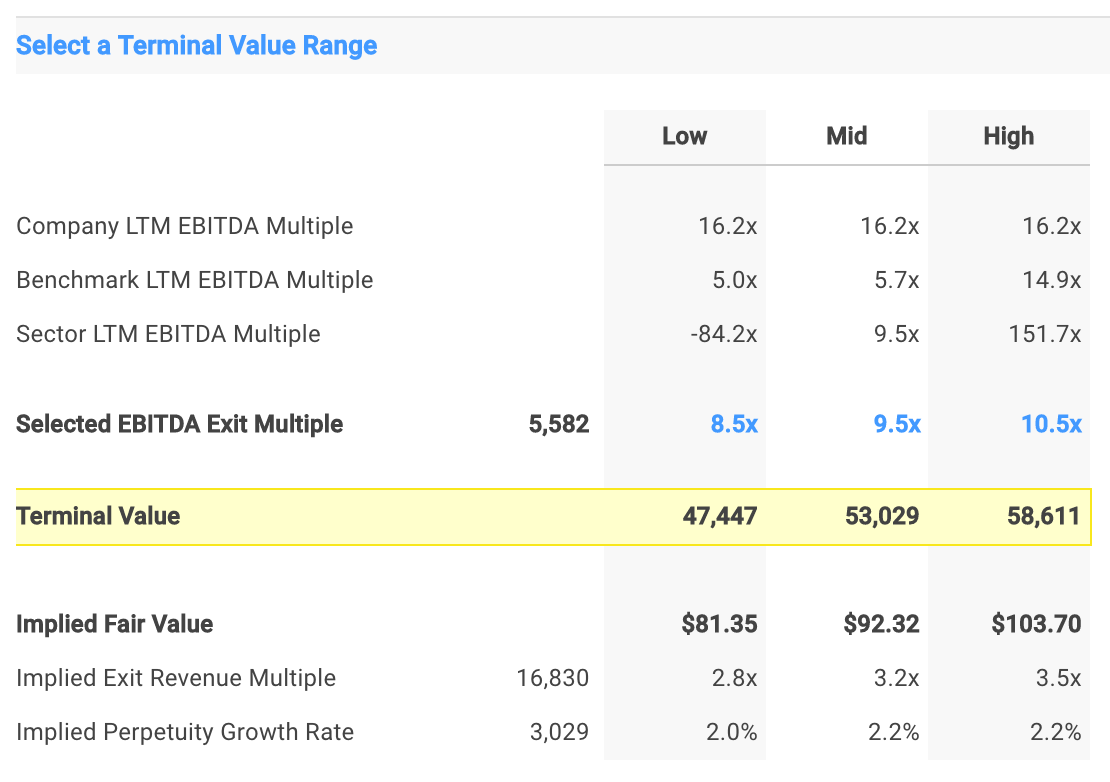 Conclusion
Monsanto as a standalone company remains overvalued purely on a fundamental basis. However, MON could be an acquisition play if you believe Bayer will raise its bid. We’ll be looking for an update when management reports earnings in the morning.