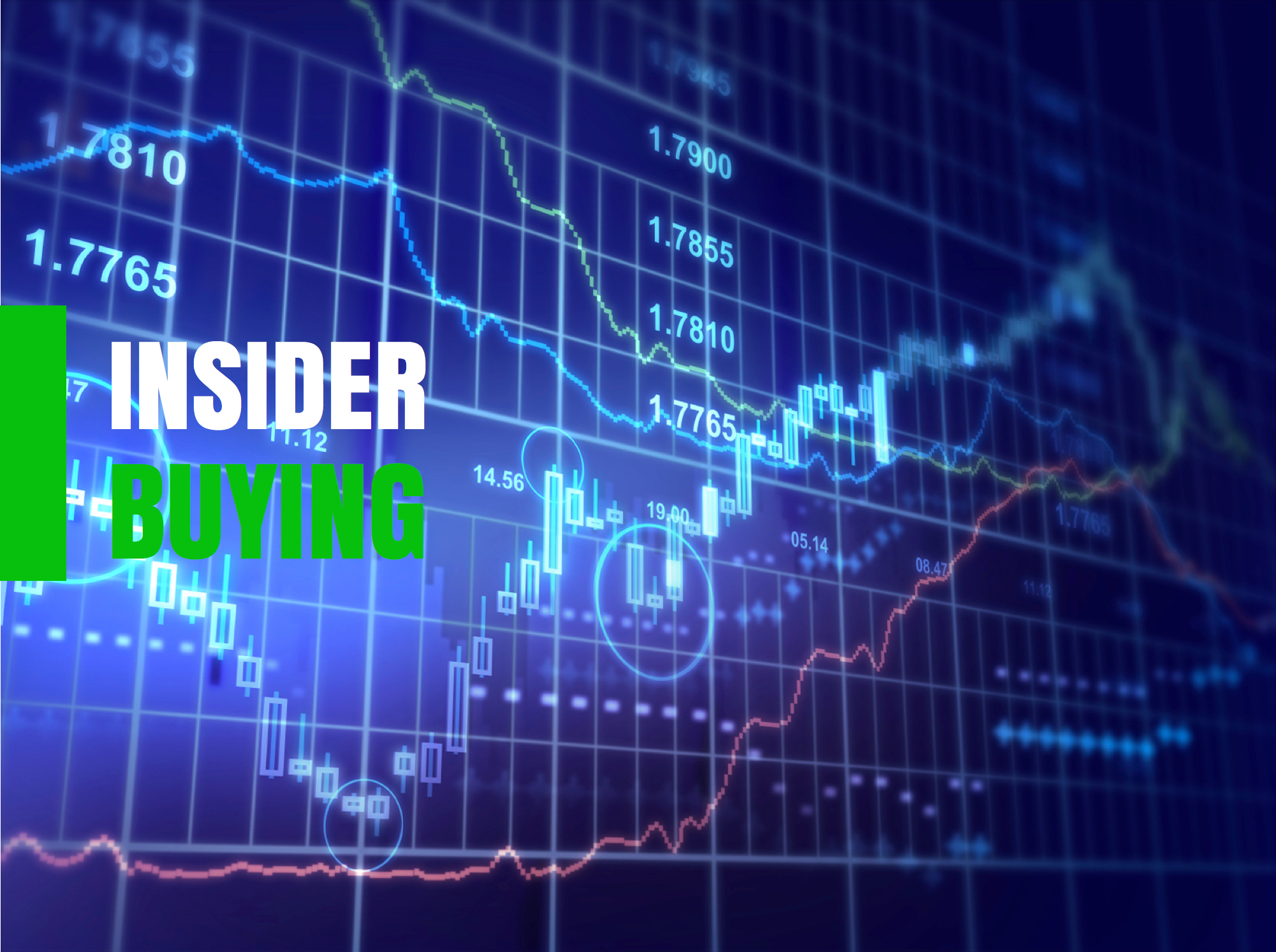 According to Market Beat, company insiders have bought roughly $20 million worth of shares since August 9th (approximately 4.5% of the company's current market capitalization). 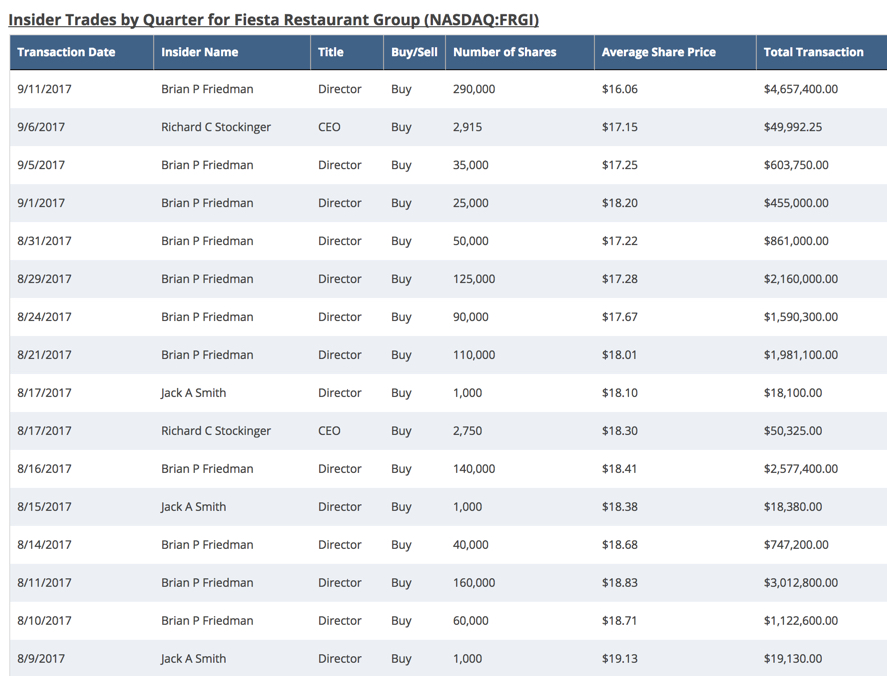 Shares Fiesta Restaurant Group last traded at $17.35 as of Tuesday, September 12, approximately 51.9% of its 52 week high. The stock is down 45% year-to-date, 35% over the last year and 66% over the last three years. More recently, shares of the company have been hit by Hurricane Harvey as 27% of the company's Taco Cabana restaurants are located in Houston. While shares of the company have performed poorly, could the insider buying activity signal a promising road ahead?

We define fundamental metrics and present charts below that may help explain why insiders are buying shares.

EBITDA is defined as Earnings before Interest, Taxes, Depreciation, and Amortization. It is a commonly used metric in valuation as a proxy for operating profitability because it provides a cleaner picture of overall profitability, especially when benchmarking against comparable companies. This is because it ignores non-operating costs that can be affected by certain items such as a company’s financing decisions or political jurisdictions. 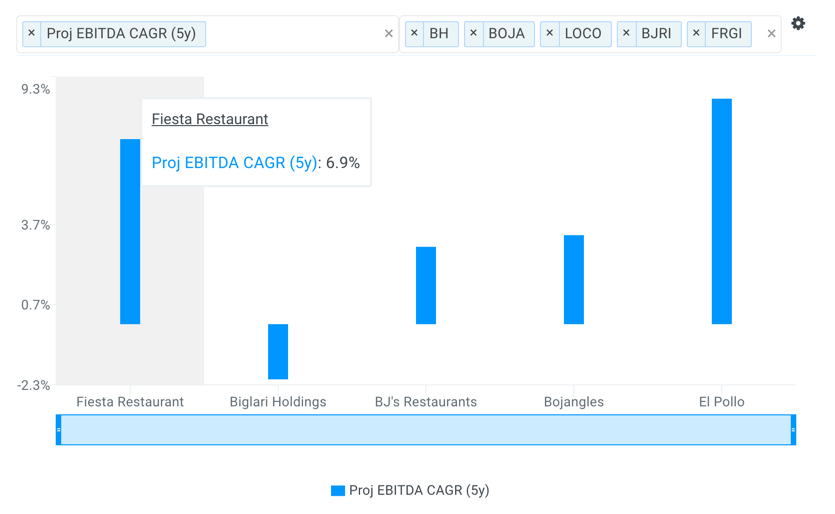 Typically, companies expected to grow at a higher rate relative to their peers will also trade at higher valuation multiples. However, Fiesta Restaurant Group's forward EBITDA multiple of 6.3x is only above BH (5.7x) and below BJRI (6.4x), BOJA (8.2x) and LOCO (8.1x) as illustrated below. 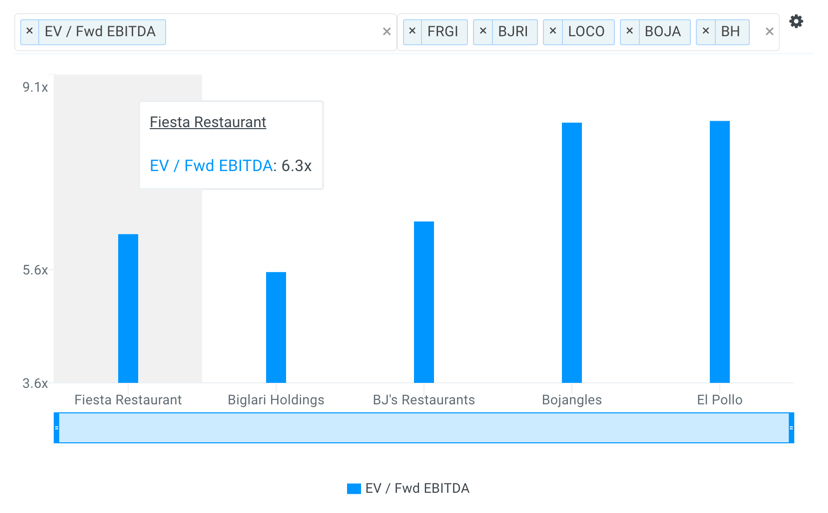 The fundamental charts above indicate that the company's stock may be trading at a discount while insiders are likely adding shares while the company's valuation is relatively low compared to its peer group. Value investors may want to look further into Fiesta Restaurant Group.