New Mountain Finance Corp. (NYSE: NMFC) insiders have bought $7.1 million worth of stock since March. It's worth taking a closer look at the company with the stock trading at such a low valuation.

A number of insiders have been buying shares of New Mountain Finance according to recent form 4 filings with the SEC. Notable insiders include Steven Klinsky (Founder), John Kline (President and COO), Adam Weinstein (Chief Administrative Officer) and Kurt Wolfgruber (Director), as shown in the table below. Insiders have purchased a total of 531,831 shares worth $7.1 million since March 5th. This is approximately 0.7% of New Mountain Finance's total market capitalization.

Steven Klinsky (Founder and Director) most recently bought $1.3 million worth of shares on Tuesday, March 13. This is what propelled me to take a closer look at the company's insider activity.

New Mountain Finance Corporation is a business development company specializing in investments in middle market companies and debt securities at various levels of the capital structure.

Return on Equity (ROE) measures a company's profitability in relation to the book value of Shareholders' Equity. ROE is a measure of how effectively management makes investments to generate earnings for shareholders. 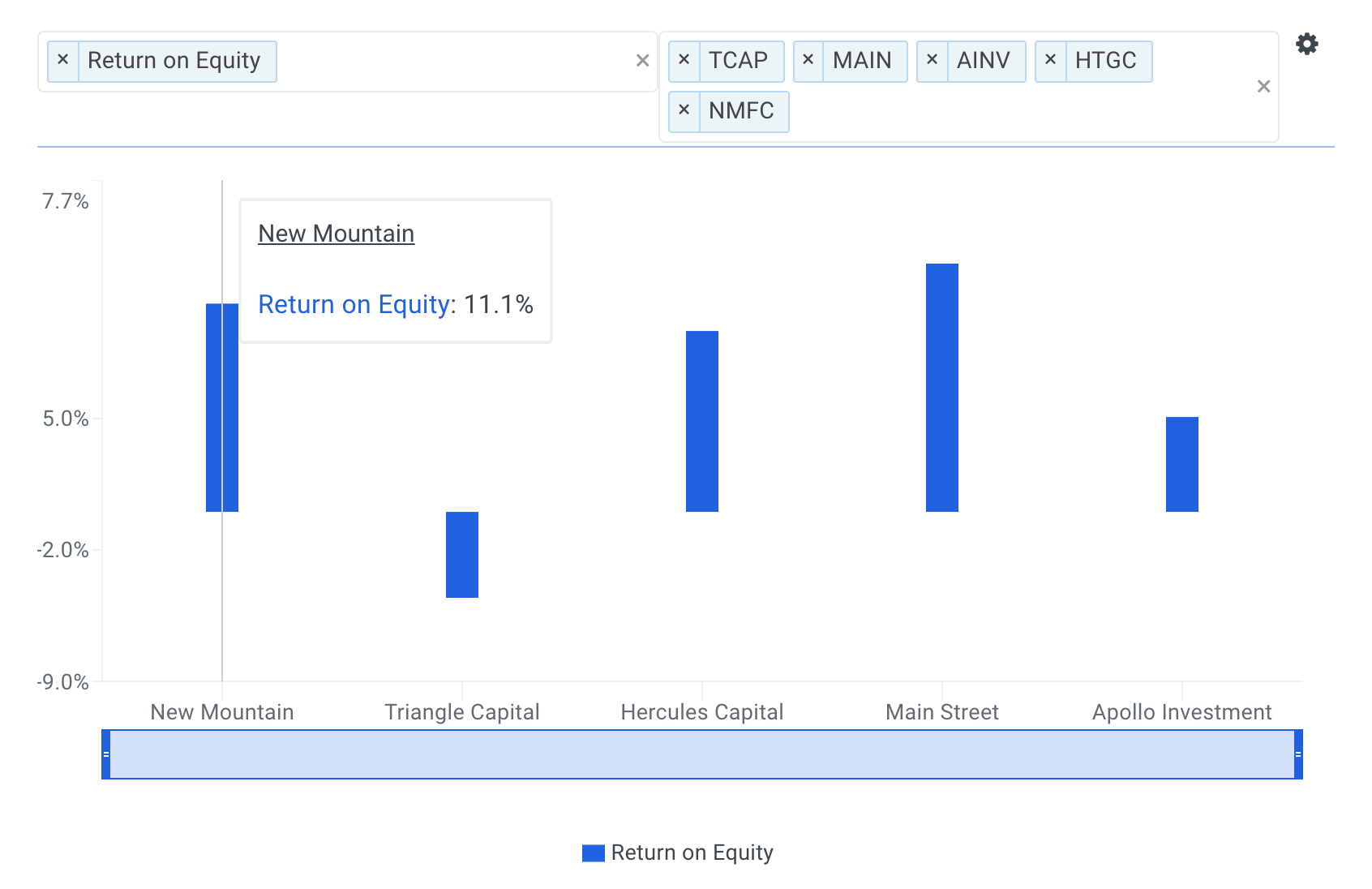 Net Profit Margin is defined as Net Income / Total Revenue. The company's net profit margin of 53.4% is well above the majority of its peers as illustrated below. 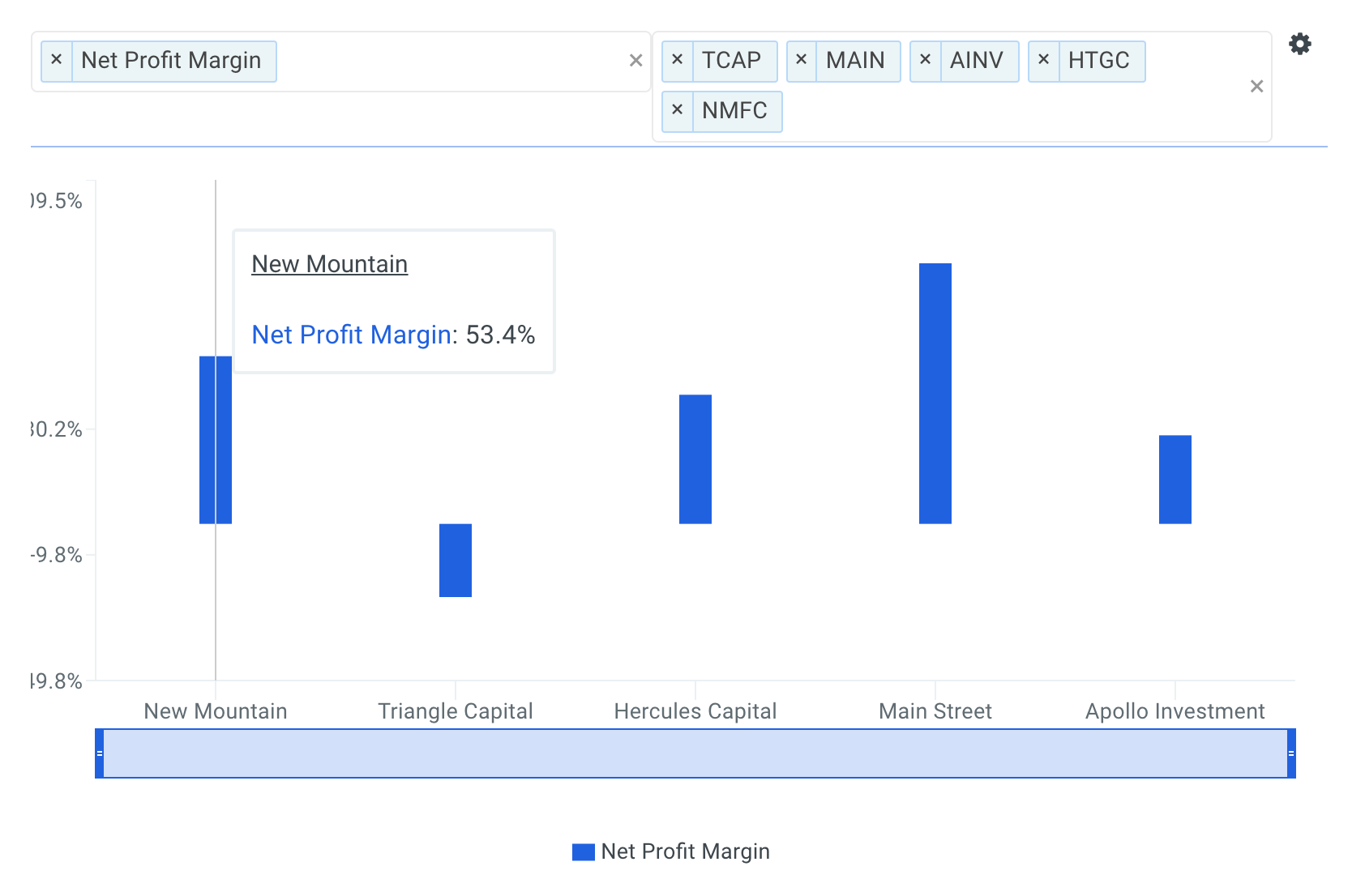 All else equal, companies with higher profit margins command higher valuation multiples. However, this doesn't appear to be the case with New Mountain. The company's LTM P/E multiple of 9.3x is below HTGC (13.3x), MAIN (12.7x) and AINV (15.9x) as shown in the chart below. 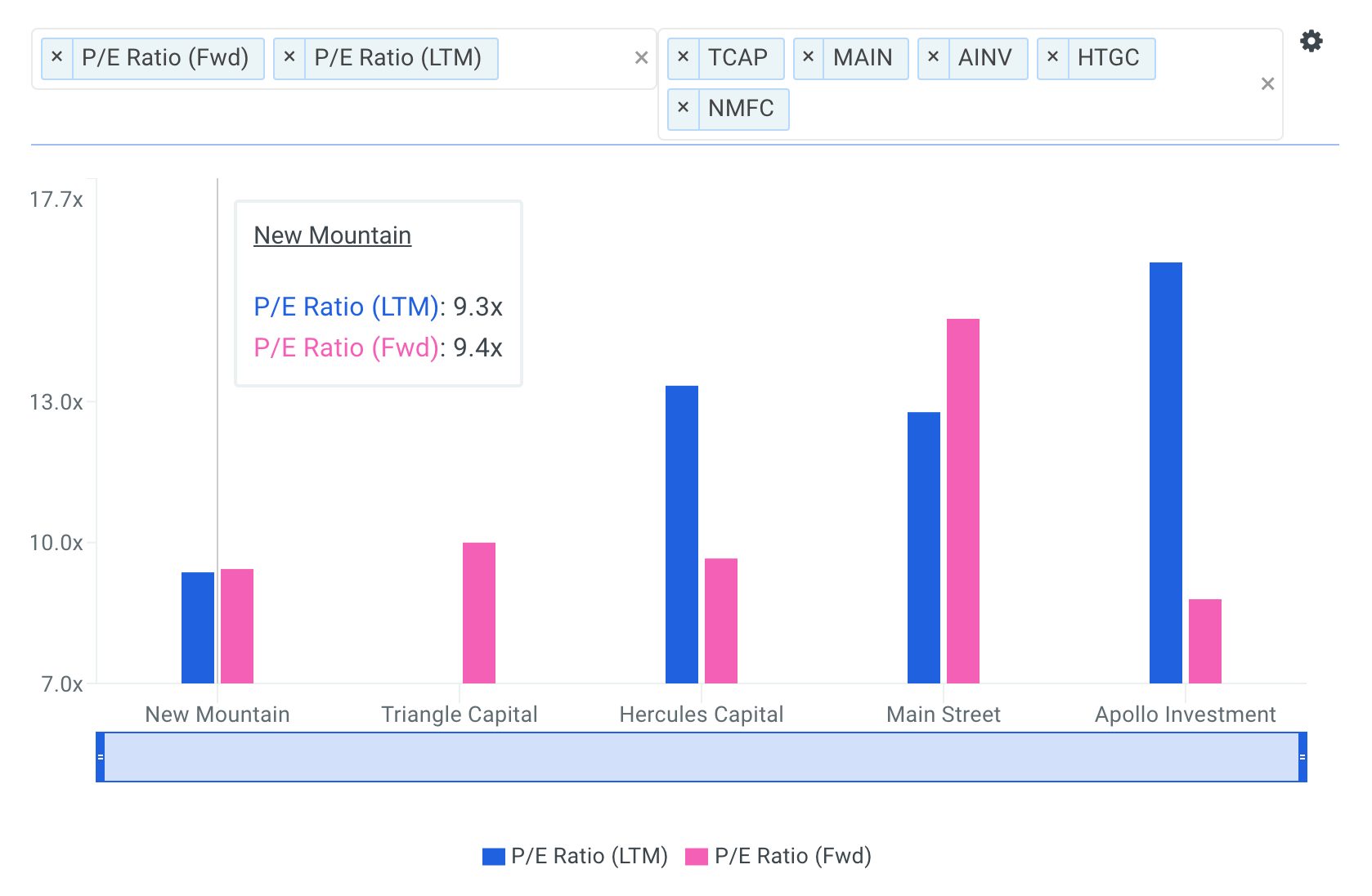 New Mountain's forward P/E multiple of 9.4x also trades below the majority of its peers.

The company's shares last traded at $13.23 as of Wednesday which is where it traded at in March of last year. While the stock has stagnated, the recent insider transactions could signal a promising road ahead for shareholders.

In addition, finbox.io's average fair value estimate of $16.28 implies 23.1% upside and is calculated from 2 valuation models as shown in the table below.

How Should You Interpret This?

While executives are always happy to tell you all the reasons why their stock is a buy, their actions can tell a different story about the company’s future prospects. A trend of buying activity may indicate that insiders think the stock is going up over the upcoming time period, and are trying to buy before the price rises.

Keep in mind that insider activity is only one aspect of stock research and that there are other important items to consider. I recommend you continue to research New Mountain Finance Corp to get a more comprehensive view of the company's fundamentals by looking at:

Valuation Metrics: how much upside do shares of New Mountain have based on Wall Street's consensus price target? Take a look at our analyst upside data explorer that compares the company's upside relative to its peers.