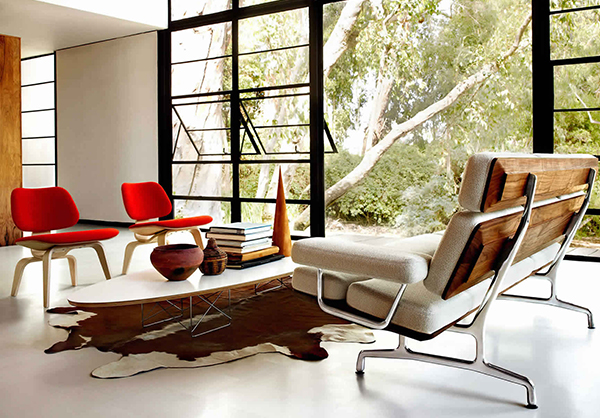 We recently looked at leading residential furniture producer La-Z-Boy Incorporated (NYSE:LZB) before the company reported earnings last week (the stock has since increased over 20%). Another furniture maker, Herman Miller Inc. (NasdaqGS:MLHR) is set to release its fourth quarter earnings next Wednesday.

After the positive reaction to La-Z-Boy’s earnings, let's take a deeper look at Herman Miller’s business and whether the stock price looks attractive ahead of earnings.

The North American operations hold the lion share of the company’s business and this segment is ready to benefit from several economic tailwinds. CEO confidence, overall business capital spending, and job growth are all indicators that drive demand for Herman Miller's products. Note how all these measures are in healthy territory as illustrated below.

Steelcase's weak earnings announcement left investors confused. What could be causing the discrepancy between the strong indicators and the less than expected performance?
During Steelcase’s earnings call, management mentioned two hypotheses: a pause in corporate investment amid developments in tax reform, deregulation, and tariffs, and a shift from legacy products to newer lines.

Now how could these factors impact Herman Miller? Perhaps MLHR experienced a similar slowdown in the latest quarter, or maybe they benefited at Steelcase’s expense.

During the third quarter call, MLHR management did guide a decline in Q4 earnings. However, the company reported a 4.8% increase in orders in the third quarter and a strengthening in its core North America segment as the quarter progressed. The Consumer business grew revenues by 4%, while ELA and Specialty both declined.

There were signs of strength within the business, but the overall performance and environment appears mixed.

We assume low revenue growth this quarter and next year, with mid-single digit growth in the medium-term. EBITDA margins are also expected to improve, as management expects to cut costs by $25-$35 million each year over the next three years.

Applying these projections across twelve of finbox.io’s valuation models provides an average fair value estimate of $36.42. Compared to current trading levels at approximately $30.35, this suggests over 20% upside. In addition, the stock also offers a 2.3% dividend yield. 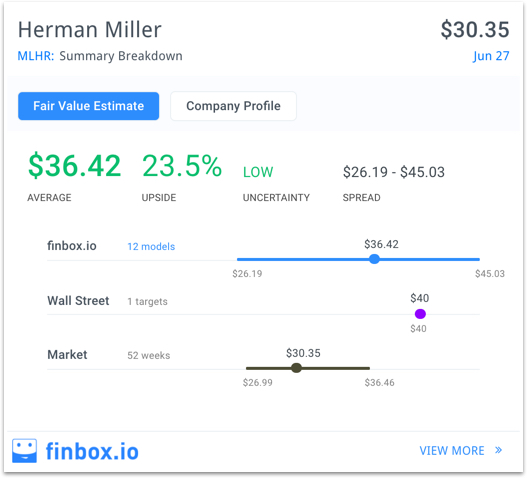 Furniture maker Herman Miller caters more to corporate customers than last week’s earnings winner La-Z-Boy. As such, the company faces a separate set of factors driving demand. While demand indicators are healthy, political uncertainty and a potential product shift, may cause a bit of a slowdown in the short-term.

Incorporating this scenario into projections still suggests a stock with over 20% upside and additional return from a 2.3% dividend. Value investors may want to give Herman Miller a closer look before the company reports earnings next week.

Note this is not a buy or sell recommendation on any company mentioned.
Photo Credit: Trendir