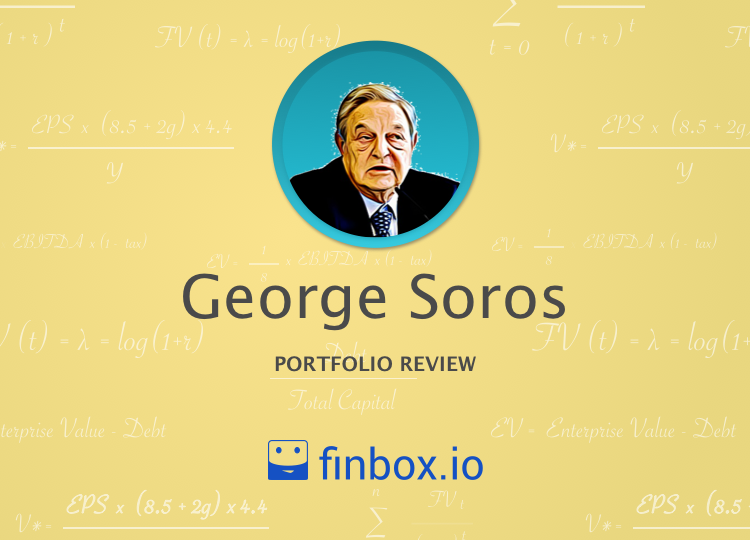 George Soros solidified his status in the investing Hall of Fame in 1992 with the trade that gave him the title “the man who broke the Bank of England.” Taking on a major federal reserve bank and winning while making over $1 billion personally will do that for you.

Now at age 87 and with a net worth around $23 billion, he stands as the 19th richest person in the United States and 29th richest in the world. His philanthropic organization, the Open Society Foundations, supports democracy and human rights in more than 100 countries.

George Soros has often attributed much of his investing success to his Theory of Reflexivity. The key idea behind the theory is that markets are battling two realities; Objective Realities and Subjective realities. Markets reflect beliefs that directly affect the underlying fundamentals and fundamentals, in turn, form the basis for beliefs. This feedback loop sometimes causes prices and expectations to diverge from reality drastically.

“Markets are constantly in a state of uncertainty and flux and money is made by discounting the obvious and betting on the unexpected.“

The Open Society Foundation posted a series of lectures on his theory and its applications in the financial markets as well as a public policy driven philanthropist. You can find the videos starting here:

Soros Fund's reported holdings totaling over $5.6 billion. Since I was mostly interested in reviewing his filing for his current equity strategy, I excluded his bond holdings such as the $233 million Note in FireEye (1% coupon due 2035) and the $184 million Nuance Communications bond (2.75% Note due November 2031). I also excluded stocks like Reynolds American Inc and Kate Spade & Co which have since been delisted or acquired.

Excluding these positions, Soros portfolio holdings totaled just over $4.4 billion. The fund had over $1 billion of holdings in the Consumer Discretionary sector and owned over 50 stocks worth around $700 million in the Information Technology sector.

The Ideas section of finbox.io tracks top investors and trending investment themes. You can get the latest data on the holdings discussed below here. The following table summarizes Soros Fund Management LLC's largest stock holdings reported in the last filing:

It was interesting to find his largest holding is also a new position in the PowerShares NASDAQ 100 Index ETF (QQQ). He also added $152.2 million to his stake in SPY, the popular S&P 500 ETF. Altaba, the investment company, left behind after Verizon's acquisition of Yahoo! Inc's internet business was also a big new addition of $138.7 million.

To find stocks in his portfolio that may be unpopular at the moment and trading at cheap valuations, I ranked his holdings by price pullbacks. The ranking table below lists the stocks in Soros’s portfolio by stock price performance over the last 30 days.

Bed Bath & Beyond made the list which has been a polarizing stock. That said, I found the stock in David Dreman, Jeremy Grantham, and Ray Dalio's portfolios as well. I would love to hear if you think it's a buy in the comments section below! It's a profitable retailer trading at 0.4x Price / LTM Sales. Are the Amazon fears overblown?

The next ranking table lists the stocks in Soros’s portfolio with the best dividend yields. Dividend seekers can appreciate stocks that earn upwards of 6% excluding price appreciation and are also backed by a prominent investor.

To determine which stocks are trading below their intrinsic value, aka "fair value" I used the finbox.io Fair Value estimates. The finbox.io fair value is derived by applying valuation and risk models like Discounted Cash Flow Analysis, Dividend Discount Model, Earnings Power Value and more.

Here are the Top 5 stocks based on my calculations:

Identive is security technology company that secures and manages access to physical places, things, and information worldwide. Over the last twelve months, the company has grown revenue to 58 million, up 3.9% year over year. The company recently launched the Hirsch Mx-1 Controller to bring low-cost, government-grade access control to commercial and institutional environments. Growth is expected to pick up. Identive's forecasted to deliver 65 million (+15.0%) in revenue for fiscal year ending Dec 31, '17 and 74 million (+14.6%) for the fiscal year ending Dec 31, '18.

Intercept Pharma is a biopharma company that develops synthetic bile acid analogs to treat chronic liver diseases. The company's growth is accelerating - revenue has grown at least 7.4% for the last three years straight. Growth is expected to continue. ICPT's forecasted revenue for the next two years is 133 million (+433.8%) and 217 million (+62.7%). Management is expected to report earnings on November 1, 2017, about 28 days from today.

Calix supplies service providers with telecom access equipment. Calix's price to book multiple of 1.6x is below the median multiple for a stock in the Information Technology sector (3.2x). Management has led the company to grow revenue at a 5.9% five-year compounded annual growth rate (CAGR).

ServiceSource is a San Francisco based company that provides outsourced, performance-based business solutions like recurring revenue management, maintenance, support to healthcare companies. ServiceSource's price to book multiple of 2.8x is below the median multiple for a stock in the Info Technology sector (3.2x). ServiceSource is trading around $3.47 which is about 56% of it's 52 Week High and well below the 90% of 52 Week High for stocks in its sector.

Teva is the largest generic drug manufacturer in the world based in Israel. Soros has a sizable $19.9 million position in Teva. Teva's stock dropped nearly 15% on October 4th after news broke that the FDA had approved a generic version of its multiple sclerosis treatment Copaxone. Competitor Mylan MYL's shares up around 16%. Teva is looking cheap trading at a 0.7x price to book multiple below its five year average of 1.3x. Teva pays a dividend of 1.10/share. At the last trading price of 16.08/share the implied dividend yield is a high 6.8%.

As I recently highlighted in my Ray Dalio review, doing thorough research on the thousands of stocks listed on U.S. exchanges is likely impossible for smaller investors. It is wise to leverage the resources from large Wall Street hedge funds in order to help narrow down a watch-list.

In the full FREE George Soros portfolio review, we break down his holdings further by: 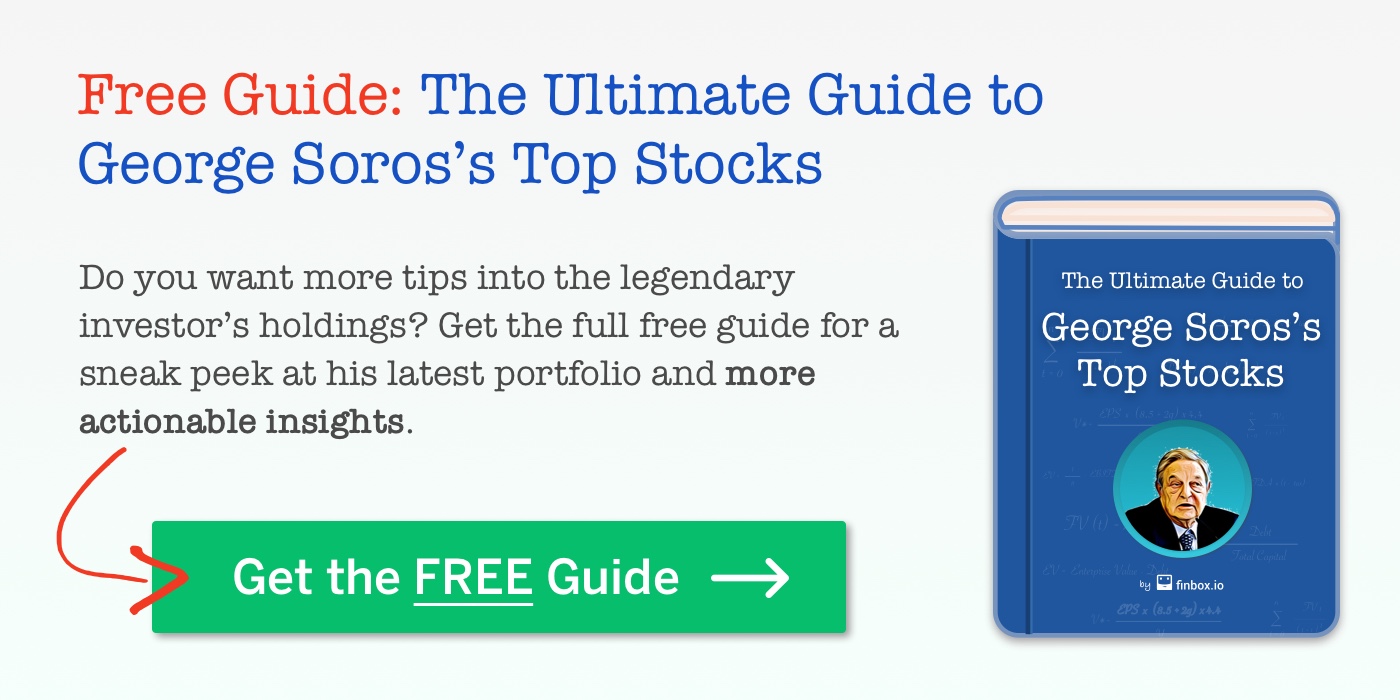