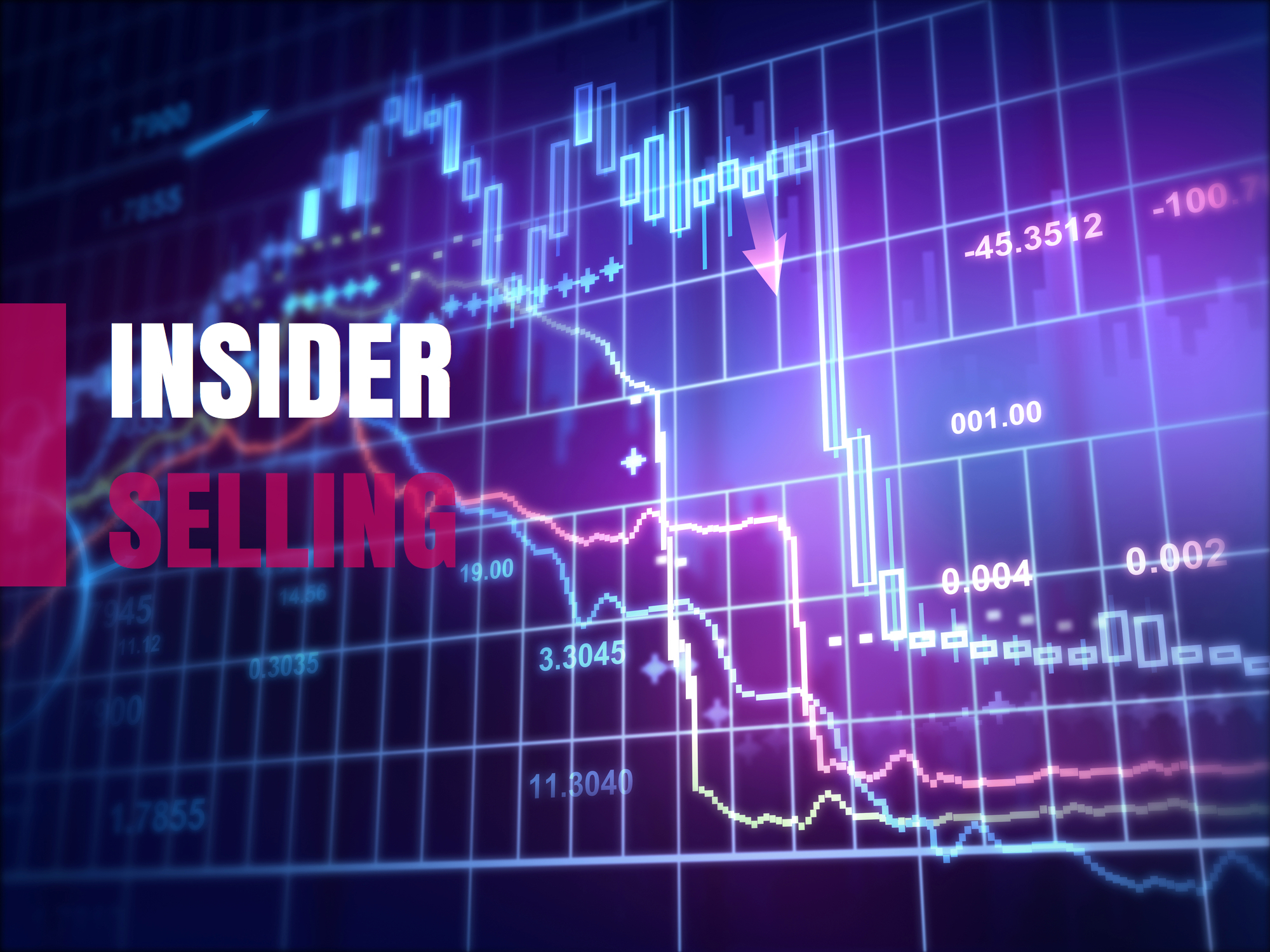 Why Barracuda's Co-Founder Sold $36 Million Worth of Stock

Michael D Perone, a Co-Founder & Director of Barracuda Networks, Inc. (NYSE: CUDA) sold 76,062 shares of the company’s stock worth a total of $1.8 million on Wednesday, September 27th. In fact, insiders have sold $36.4 million worth of stock (representing 2.9% of Barracuda's market cap) since the beginning of September according to Market Beat. 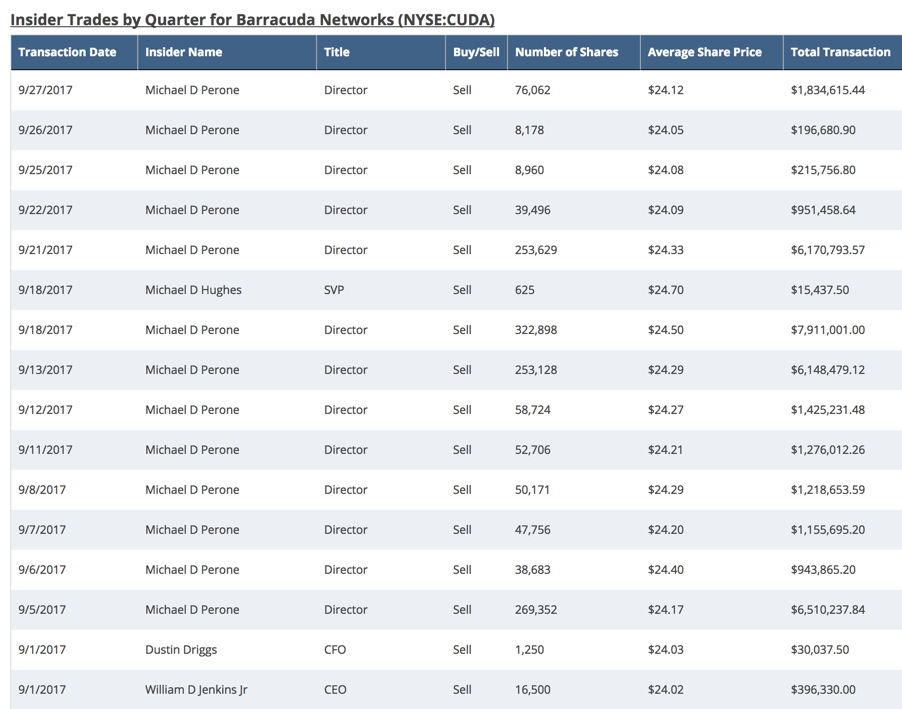 The company's shares last traded at $24.08 as of Wednesday, down 48% since reaching its high of $42.12 in April 2015. However, the stock is up 12% year-to-date as the company shows signs of slower growth but increased profitability.

While investors have enjoyed the recent gains, does the insider transactions signal a troubling road ahead for shareholders?

Barracuda Networks designs and delivers security and data protection solutions. The company offers cloud-enabled solutions that help customers address security threats, enhance network performance, and protect and store their data. The company sells its services and software to numerous industries through its sales personnel, distribution partners, and resellers in approximately 100 countries. Barracuda was founded in 2003 and is headquartered in Campbell, California.

We define fundamental metrics and present charts below that may help explain why Barracuda's Co-Founder is selling shares.

Barracuda's total revenue stands at $353 million as of fiscal year ending February 2017. This is 119.1% higher than the $161 million achieved in fiscal year February 2012 and represents a five-year compounded annual growth rate (CAGR) of 17.0%. It appears Barracuda's business is thriving.

However, this may be misleading when taking a closer look at the company's top line. Barracuda's revenue growth has actually declined every year since 2013 as illustrated below. 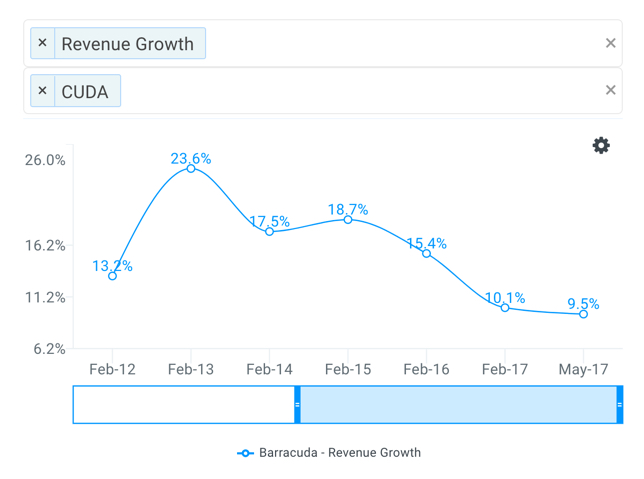 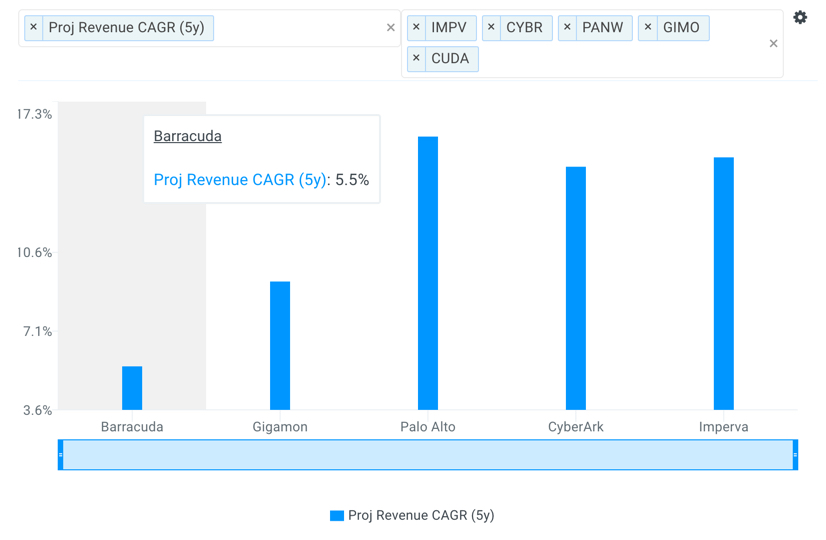 Although Barracuda's top-line growth has slowed, it is important to note that management has been able to increase profitability. The company's fiscal year 2017 EBITDA of $38 million implies an EBITDA margin of 10.9%. This is well above the negative 2.1% margin achieved in fiscal year 2013 as depicted below. 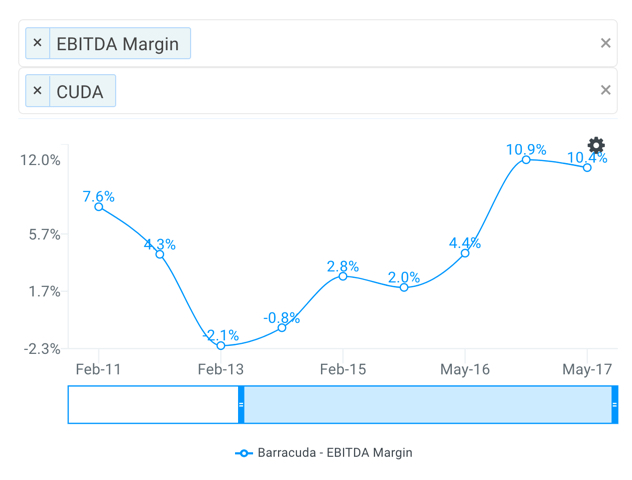 But looking forward, Wall Street analysts are forecasting that Barracuda's EBITDA margin will reach 17.9% ($69 million) this coming fiscal year (Feb 2018). This figure is well above its LTM (last twelve months ending May 2017) EBITDA margin of 10.4%.

In fact, management is expected to report Q3'18 earnings on October 10th which will be telling on whether Barracuda can reach this lofty 17.9% EBITDA margin. The company would effectively have to double its current EBITDA base in two quarters to achieve this. So what could happen if the management misses its Q3'18 EBITDA estimate on October 10th?

The table below shows that when Barracuda misses its quarterly reported EBITDA estimate, the stock has fallen 17.6% on average immediately following the announcement.

The stock could take a nose dive if management reports an EBITDA miss in two weeks. On the other hand, the stock has increased an average of 14.4% when the company beats its EBITDA estimate.

It's also important to note that while Mr. Perone reduced his ownership level by nearly a third, he still owns slightly more than 3 million shares. Nevertheless, the recent dumping of shares is not a non-event.