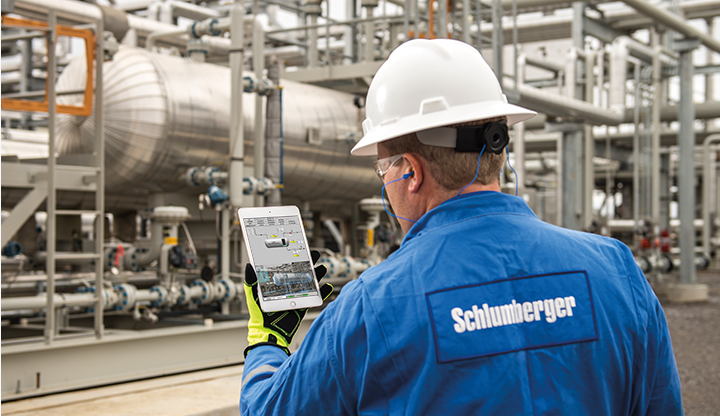 In Warren Buffett’s 1992 letter to Berkshire Hathaway Inc. (NYSE: BRK.B) shareholders, Buffett touches upon a subject at odds with much of the investment industry:

“Most analysts feel they must choose between two approaches customarily thought to be in opposition: ‘value’ and ‘growth.’ Indeed, many investment professionals see any mixing of the two terms as a form of intellectual cross-dressing.

We view that as fuzzy thinking….In our opinion, the two approaches are joined at the hip: Growth is always a component in the calculation of value, constituting a variable whose importance can range from negligible to enormous and whose impact can be negative as well as positive.”

This view of value and growth is shared by investor Mark Holowesko, whom we profiled last month:

“I hate these labels, to be quite honest with you. If you can buy future growth at a discount, to me, that's value. But you could argue it is a growth style. I don't consider myself a value investor. I consider myself a sensible investor who tries to look at where the discounts are, and not necessarily just low price/earnings ratios or low price-to-book.”

Holowesko’s largest purchase last quarter and one of his largest holdings is oil and gas technologies provider Schlumberger Limited (NYSE: SLB). SLB’s high price-to-earnings ratio would traditionally categorize it as a growth stock, yet many value investors (more on them below) are finding value in the name. As such, let’s take a closer look at the company and its valuation ahead of its earnings announcement next month.

Schlumberger is the global leader in supplying products and services to the oil and gas industry. The company has managed its business in four groups:

Schlumberger is very much a global operation with 74% of 2017 consolidated revenue coming from outside of the United States:

Excluding charges and credits, Schlumberger posted $0.48 in fourth-quarter earnings per share (versus $0.21 in 2016). The company recorded $2.01 per share in impairment and restructuring charges primarily stemming from its exit in the seismic acquisition business and write-down of the Venezuela investment. Revenue came in at $8.2 billion (15% increase YoY) for the fourth quarter and $30.4 billion for the full year (9% YoY).

Schlumberger benefited from strong shale activity in North America in 2017. Going forward, 2018 looks to be the first year since 2014 in which each global business line is expected to grow. Industry surveys predict 15-20% growth in North America and 5% internationally.

Given Schlumberger’s large exposure internationally, this growth should help to boost earnings. This promising growth outlook is probably one of the reasons Holowesko and other value investors like Jeremy Grantham and First Eagle Investment hold Schlumberger despite its growth-like price multiples.

As Buffett noted, growth’s impact can be “negative as well as positive.” By this Buffett means that growth needs to result in attractive returns on capital, or else growth will fail to translate into value for investors. This is why Buffett looks for companies with strong competitive advantages (or as Buffett calls them, “moats”), that typically earn attractive returns and allow growth to transform into shareholder value.

Evidence of such a moat will typically bear out in a company’s return on capital metrics. Schlumberger has historically earned solid returns on its capital and performed very well relative to its large-cap peers: 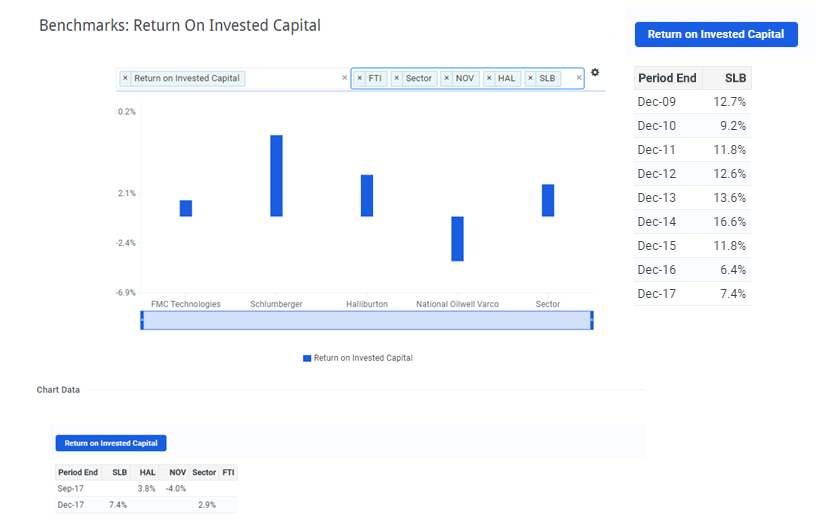 This is likely due, in part, to management’s long history of developing differentiated products and services. Schlumberger has typically developed new products from improving past, successful technology, which has limited its competition’s ability to replicate. All things considered, it appears Schlumberger possesses a moderately-sized moat.

In the 1992 Berkshire shareholder letter, Buffett also touches on his view of the term value investing:

“In addition, we think the very term ‘value investing’ is redundant. What is investing" if it is not the act of seeking value at least sufficient to justify the amount paid?”

So what is the value of Schlumberger’s shares as we look to incorporate its growth prospects? And does this intrinsic value compare favorably to current trading levels?

Starting with 2018, Wall Street analysts expect 12.7% growth, with EBITDA margin coming in at 23%. Over the longer term, analysts expect low-to-mid-teen revenue growth and an EBITDA expansion from 2018 estimates: 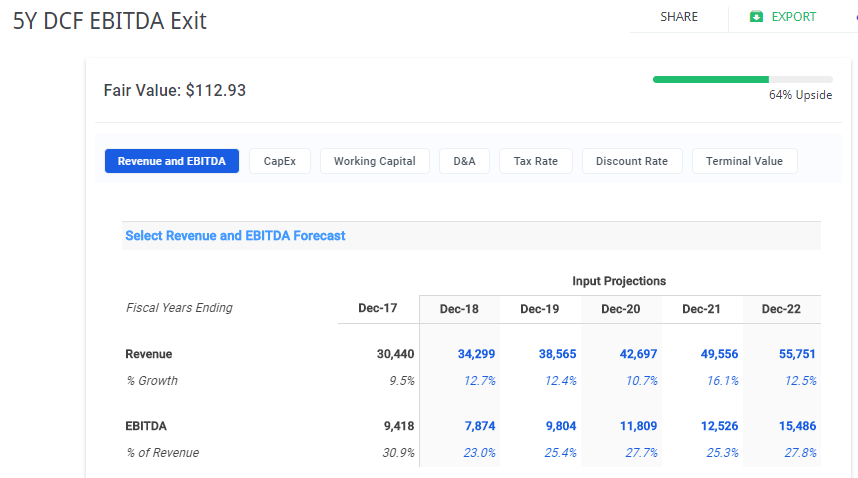 Assuming these estimates across 8 finbox.io valuation models provides an average fair value estimate of $81.71 per share. This suggests over 23% upside to recent trading levels. The consensus 1-year target from analysts comes in a bit higher at $82.35 per share, or 24% upside. 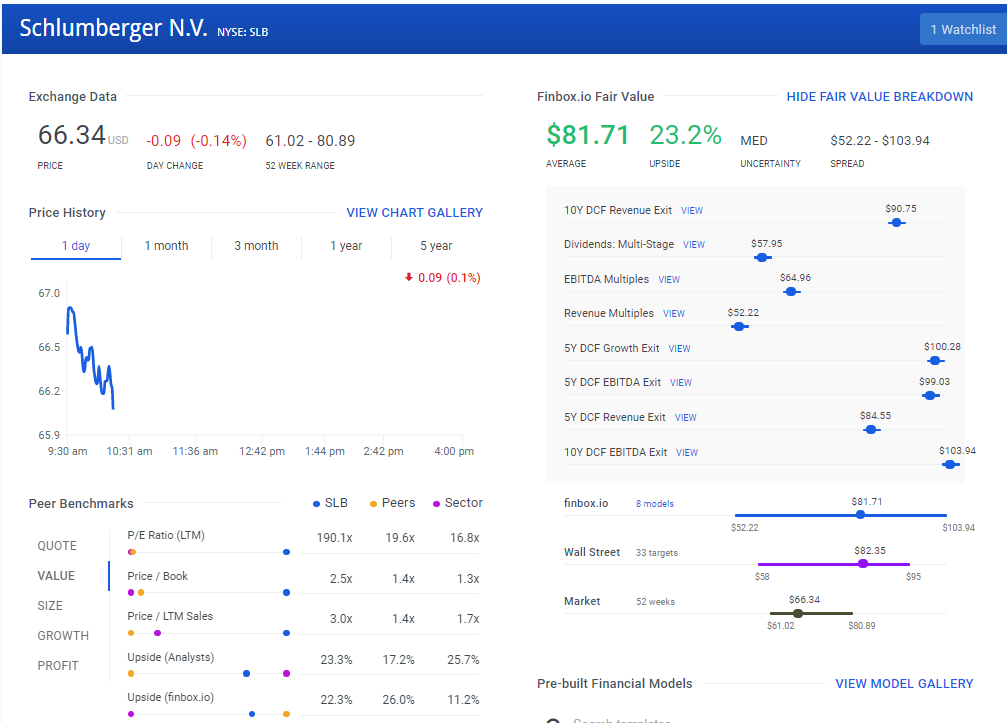 Schlumberger’s dividend offers a 3% yield and there is still approximately $9.6B authorized by the board in its share repurchase program ($101M repurchased in Q4) as well. Altogether, Schlumberger’s shares appear attractively priced compared to recent trading levels.

With Schlumberger’s vast international footprint, the company is exposed to unique geopolitical risks as well as receivables counterparty risk. Certainly, any economic downturn or other long-term developments affecting demand for oil and gas would have negative implications as well. Environmental legislations and regulations also present increasing costs and potential liabilities.

While investors tend to categorize stocks into value and growth, some of the most successful investors view growth as simply one component of a company’s value. Schlumberger has positioned itself so that double-digit growth appears to be a reasonable assumption for the foreseeable future. More importantly, this growth actually looks attractive at recent trading levels. As such, value investors may want to take a closer look at Schlumberger ahead of its earnings announcement next month.