The Market Is Discounting T-Mobile’s Growth

It has been widely reported that T-Mobile US, Inc. (NasdaqGS:TMUS) had been in merger talks with Sprint Corporation (NYSE:S), a competitor that is majority owned by Softbank. However, these talks are now on hold as Sprint is negotiating potential deals with two of the largest cable companies in the United States; Comcast (NasdaqGS:CMCSA) and Charter Communications (NasdaqGS:CHTR). These cable companies are under pressure having lost subscribers due to services like Netflix (NasdaqGS:NFLX), which recently blew away its second quarter growth estimates.

Investors long shares of T-Mobile have been rewarded as the stock is up over 35% within the last year. But shares have lost more than 10% of their value since their June high as merger talks with Sprint have slowed.

While the market speculates over a potential merger between T-Mobile and Sprint, or a tie up between Sprint and both Charter and Comcast, investors may be missing the obvious opportunity. T-Mobile is a great asset that generates strong cash flows. Regardless of what happens with Sprint, there is value in owning TMUS shares on a standalone basis.

Finbox.io's intrinsic value estimate of $73.01 implies that the stock is nearly 20% undervalued. The estimate is calculated by applying Wall Street projections to seven separate valuation analyses.

Notice how the four discounted cash flow models project significant upside while those based on comparable companies multiples show downside. However, this may be misleading given that T-Mobile's growth profile is not highly comparable with other traditional mobile service providers. 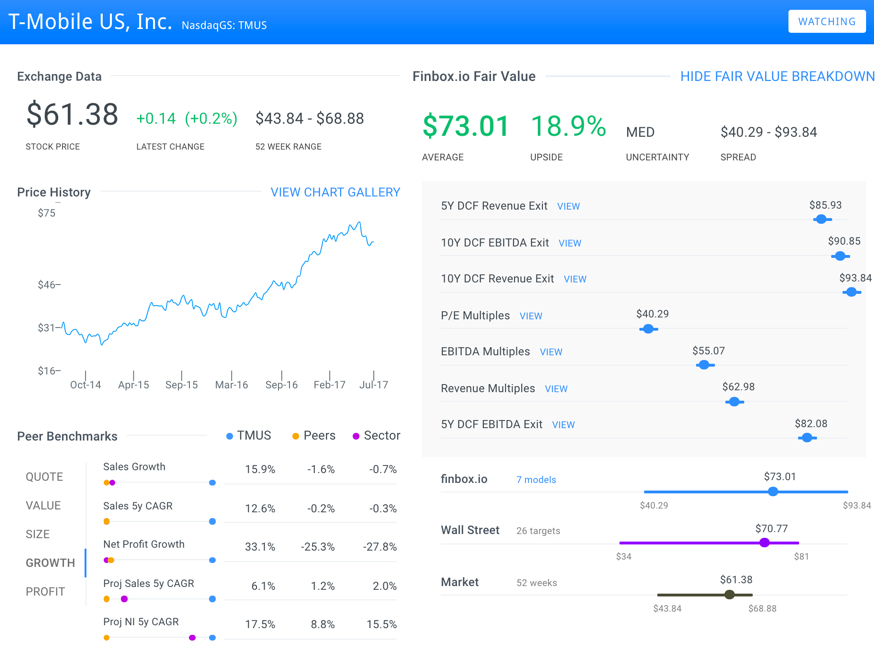 T-Mobile In Comparison To Peers

T-Mobile is a significant player in the US mobile telecommunications space. It is the third largest by subscribers, with 72 million customers as of early 2017. When analysts compare T-Mobile, they often compare them to the likes of Sprint, Verizon Communications (NYSE:VZ) and AT&T Inc. (NYSE:T). This makes sense considering they offer very similar services but what is not similar is their underlying growth profiles as illustrated below. 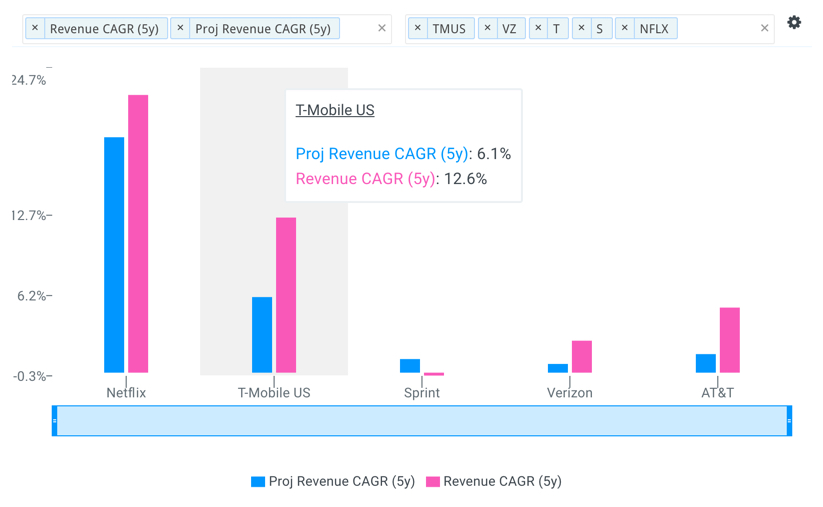 Furthermore, the company's EBITDA growth has outperformed all peers (including Netflix) over the last 3 years. 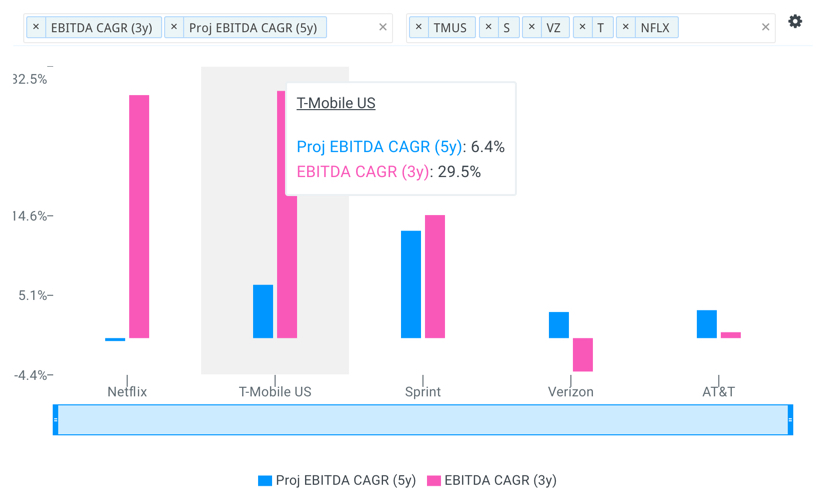 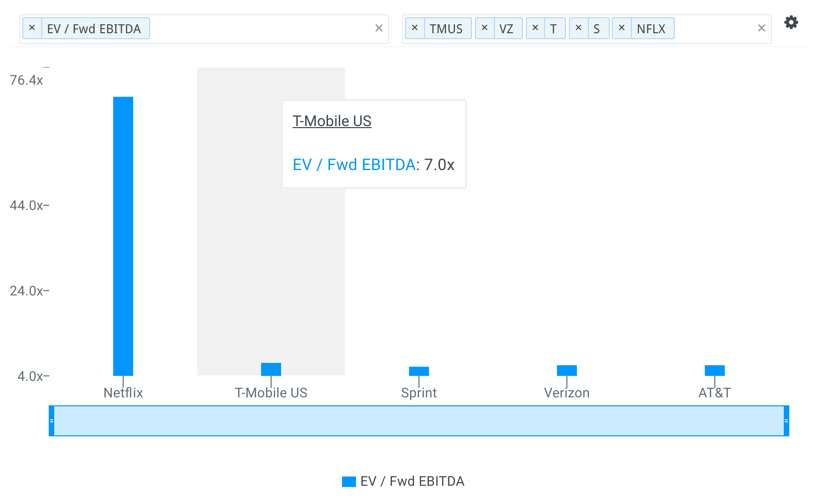 The company's profits are actually expected to grow at a faster pace than the stock market's darling: Netflix. As a result, one could argue that T-Mobile's multiples should be trading closer to that of Netflix. Given the company's high growth profile, TMUS shares appear significantly undervalued on a relative basis as well as a future cash flow basis.

Here's What Should Excite Investors

T-Mobile is an undervalued asset that value investors may want to take a closer look at before the mobile services provider reports earnings on Wednesday after the market closes. Whether or not a deal progresses with Sprint, the company looks extremely attractive on a future cash flow as well as on a relative basis.

Note this is not a buy or sell recommendation on any company mentioned.
Photo Credit: T-Mobile