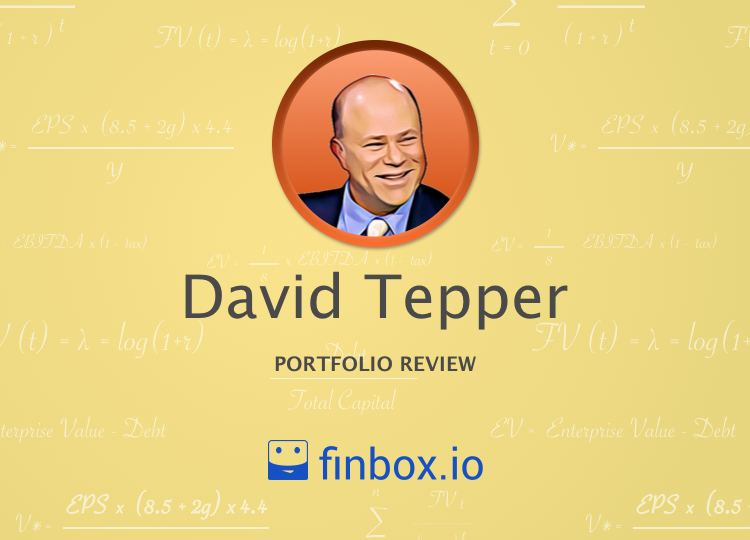 Hedge fund managers may seem to be a dime a dozen, but not many of them have had a stock market rally named after them. Billionaire David Alan Tepper, founder and portfolio manager at Appaloosa Management L.P., is the exception, having inspired what’s been dubbed the Tepper Rally of 2010.

Through his macro view of the financial markets, Tepper was able to predict not only the stock market rally but the catalysts behind it which ultimately proved to be the Fed’s stimulus. An alum of Goldman Sachs, Tepper and those around him have admitted he can be difficult to work with.

Chalk it up to his ability to see what others can’t, which ultimately has given him billionaire status. Tepper has compared himself to the likes of Mother Teresa and has claimed the ability to save beleaguered stocks from falling further. In February 2009, his fund bought distressed financial stocks such as Bank of America (NYSE: BAC) when they were at their bottom. The sector quickly recovered later in the year and Tepper reportedly made $7 billion. This ultimately helped him become the top-earning hedge fund in 2009.

Appaloosa currently oversees $17 billion in AUM and was as high as $19 billion three years ago. It's important to note that the decrease in AUM is mostly due to Tepper returning money to investors for six consecutive years.

On November 14, 2017, Tepper's firm Appaloosa LP filed their quarterly Form 13F regulatory filing. I reviewed the 13F filing to get a sneak peek at holdings in Appaloosa's massive portfolio.

Appaloosa's stock portfolio totals nearly $7.1 billion according to the latest filing. The list value of stock holdings is up 5.6% when compared to the last quarter. As a benchmark, the S&P 500 was up 3.9% over the same period.

Appaloosa's QoQ Portfolio Turnover for the latest quarter was 18.1%, so the firm appears to trade a significant percent of its portfolio each quarter. Note, Quarter-over-Quarter Turnover (QoQ Turnover) measures the level of trading activity in a portfolio. In comparison Warren Buffett, who prefers to hold his investments for a long-term period, had a QoQ Turnover rate of 2.1% in the second quarter.

Only two of the seven stocks Tepper has been buying have underperformed: Financial Select Sector SPDR (+0.9%) and Boston Scientific (-2.7%).

The only position Tepper has been selling that has outperformed is General Motors which is up 6.4% since September 29th.

As I've mentioned before, analyzing thousands of stocks listed on U.S. exchanges is likely impossible for smaller investors. That's why it is wise to leverage the resources from distinguished money managers, such as Tepper, in order to help narrow down a watch-list. The Ideas section of finbox.io tracks top investors and trending investment themes. You can get the latest data on the holdings discussed above here.

Investors should take a closer look at the stocks mentioned above.