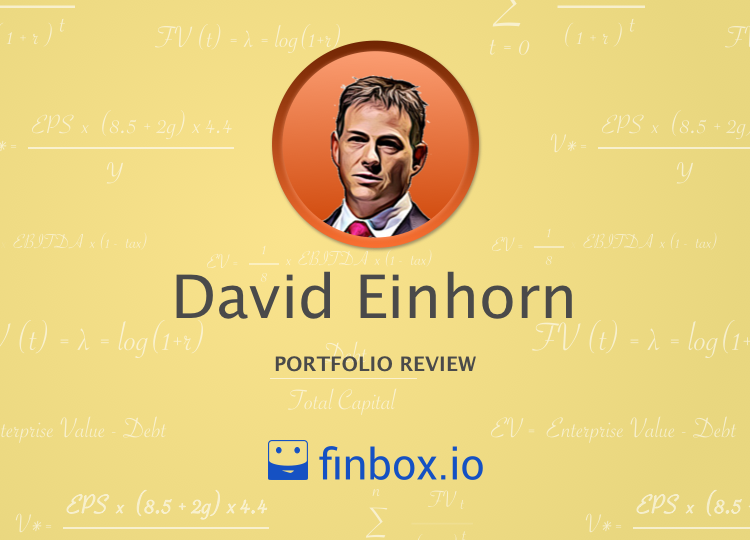 A review of David Einhorn's portfolio sheds light on his bold stock predictions. His largest holding is a $1.5 billion stake in General Motors (NYSE: GM).

David Einhorn, the founder of Greenlight Capital, has a habit of moving the markets. His prescient call on Lehman Brothers, questioning the health of the balance sheet only months before the failure of the Wall Street bank, further solidified his status as a rock star among investors.

That reputation precedes him, giving him the ability to send a stock into a tailspin with even a whisper of a company’s name. For instance, back in 2011, a warning that Green Mountain was overvalued triggered a sell-off, with the stock ultimately shedding 50% of its value.

Raised in the City of Festivals, Einhorn is the son of an investment banker and a brother who similarly manages an investment fund today. Einhorn turned $500,000 given to him by his family in the 1990s into Greenlight Capital, which today boasts approximately $7 billion in AUM. The long/short equity fund has been hard to beat, generating returns of 19.5% for the first 17 years through 2013.

However, that performance record was interrupted in 2015 when Greenlight Capital suffered double-digit declines. Then earlier this year, it was reported that investors pulled $400 million from the hedge fund amid a misplaced bet on Tesla.

Having achieved the status of “youngest billionaire” to grace the Forbes 400 list when he was 43 years old and worth $1.2 billion, Einhorn is known for ruffling the feathers of executives at major corporations. The Ira W. Sohn Investment Research Conference is where he made two of his most famous calls to a crowd that was hanging on his every word. He criticized Allied Capital, which led to him being the target of an investigation, and years later Lehman Brothers. Both of which made him unpopular in corporate America but whose fates played out as he had predicted.

You can learn more about Einhorn and his famous Allied Capital call in his book entitled Fooling Some of the People All of the Time, a Long Short.

Perhaps Einhorn’s success in the stock market is rivaled only by his performance at the poker table, having placed in the World Series of Poker tournaments. He’s also a charitable person, having donated his winnings to charity.

On November 14, 2017, Einhorn's firm Greenlight Capital filed their quarterly Form 13F regulatory filing. I reviewed the 13F filing to get a sneak peek at holdings in Greenlight's massive portfolio.

Greenlight's stock portfolio totals nearly $5.9 billion according to the latest filing. The list value of stock holdings is down -5.4% when compared to the last quarter. As a benchmark, the S&P 500 was up 3.9% over the same period. This helps explain why investors are pulling money.

Quarter-over-Quarter Turnover (QoQ Turnover) measures the level of trading activity in a portfolio. Greenlight's QoQ Turnover for the latest quarter was 25.8%, so the firm appears to trade a significant percent of its portfolio each quarter.

The Ideas section of finbox.io tracks top investors and trending investment themes. You can get the latest data on the holdings discussed below here. The following table summarizes Greenlight's Largest Holdings reported in the last filing:

The seven positions above represent 63.3% of the hedge fund's total portfolio.

To find stocks in his portfolio that may be unpopular at the moment and trading at cheap valuations, I ranked his holdings by price pullbacks. The ranking table below lists the 3 stocks in Greenlight’s portfolio by stock price performance over the last 30 days.

Revenue growth can a strong signal of product market fit. The table lists 4 stocks in Greenlight’s portfolio that have strong top line growth.

The Piotroski Score is a stock score developed by Stanford accounting professor Joseph Piotroski. The stocks listed in the table below have the best Piotroski Scores. When two stocks have the same score, the larger holding is ranked higher.

Here are the Top 7 stocks based on my calculations: