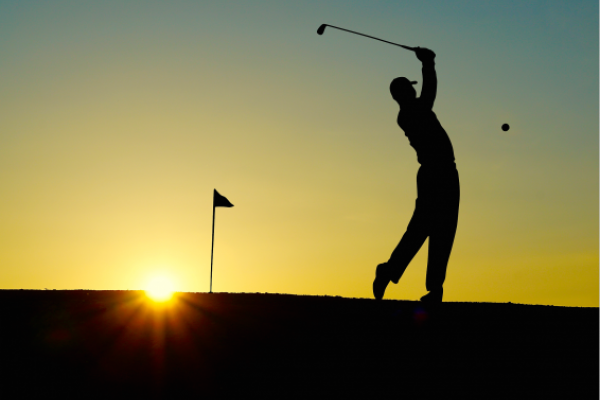 Building A Sound Investment Process: A Review Of ClubCorp's 30% Return

The Stock Market: A Fickle Beast

Performing due diligence in the stock market can occasionally seem like a fruitless exercise — by the time company research is complete, cash flow models are created, and a decision is made, the market or stock may have already moved.

Unfortunately, that’s the price of admission for playing in the markets. However, even in this situation, all is not lost.

A similar sequence of events unfolded this week while researching golf club owner-operator ClubCorp Holdings, Inc. (NYSE:MYCC). A leader in golf and country clubs, its stock looked attractively-priced, just above $13 going into earnings this week.

And there were several signs of strength in an industry that had seen a secular decline in participation rates (more on that below). That is old news now, though, as ClubCorp entered into an agreement to be acquired by Apollo Global Management, LLC. The stock subsequently surged 30% following news of the buyout.

While the stock has already captured most of its upside, are there lessons to be learned in this kind of situation? Most definitely. As value investor Howard Marks notes:

“The correctness of a decision can’t be judged from the outcome.”

ClubCorp’s stock moved in the direction of our bias, but was it for the reasons we suspected? Let’s take a look.

Investment Due Diligence: The Big Three

A good investment is not just a good business. For many investors, it's not even enough to have a good business at an attractive price. Most investors require at least some type of catalyst or an event that will unlock unappreciated shareholder value. ClubCorp seemed to check all three boxes.

ClubCorp is a leading owner-operator of private golf and country clubs and business, sports, and alumni clubs. The company’s golf and country club segment includes 159 clubs and accounts for roughly 80% of total club revenue. The business, sports, and alumni segment offer private, upscale locations for members to work, network, and socialize and includes 48 clubs. Nearly all of the clubs are located in the United States, with several in Mexico and China.

A membership-based business, ClubCorp has a significant, recurring revenue stream from a primarily mass affluent customer, boasting an 80% retention rate. 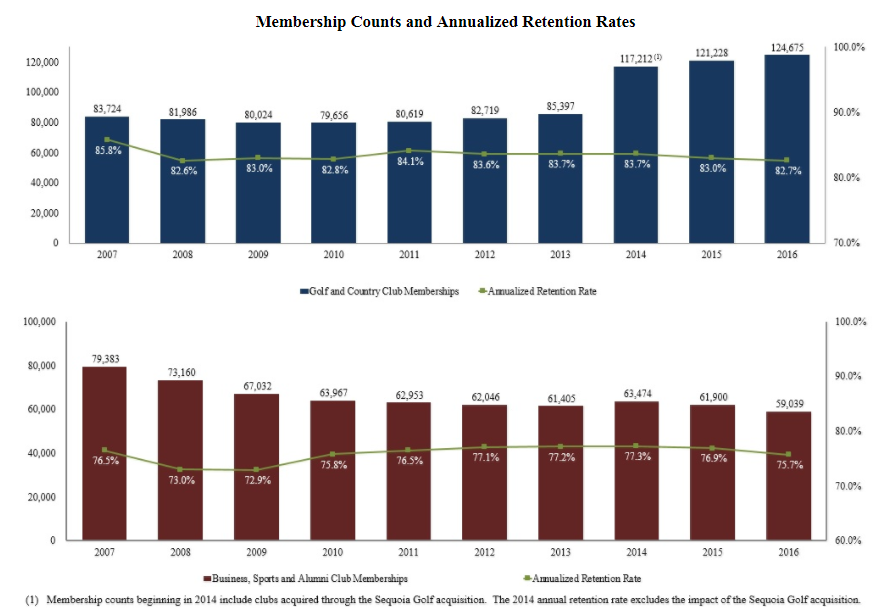 Though golf participation rates have been in a secular decline, the National Golf Foundation, releasing its annual report in April, highlighted several bright spots:

“The number of beginning golfers grew to 2.5 million, a nearly 14-percent increase over 2015. That number is an all-time high, breaking the previous mark of 2.4 million set in 2000, when Woods [Tiger] was at rapid ascent.

The number of “committed golfers” grew, as well. Committed golfers combines those who call golf either their favorite activity or one of several recreational pursuits. According to the NGF, the committed golfer number rose to 20.1 million golfers, the first year-over-year increase in five years.”

ClubCorp has also been boosting its top-line through a series of club acquisitions over the past several years.

Organic growth in this mature market also improved marginally, with the company attributing the increase to greater participation in their reciprocal access program (access to a network of 156 participating clubs), an increase in same store memberships, and a dues rate increase.

Same-store EBITDA margin has also expanded over the past several years, and management has targeted $280-320M in EBITDA by 2018.

These assumptions implied nearly 40% upside to the stock. Wall Street's consensus 1-year target was also in line at $18.65. There was additional return from a 3.0% dividend yield and the company's board of directors had approved a $50M stock repurchase program the previous year.

With the first two criteria met, a catalyst was all that was left. Catalysts are company-related events or updates that encourage the market to recognize unappreciated value. There are a wide variety of catalysts, but they commonly include earnings announcements, regulatory approvals, and company takeovers.

In the case of ClubCorp, the company looked to report earnings over the coming week, and the event could have served as a catalyst. What did not appear as likely was a private takeover.

Before last week’s Apollo announcement, all signs pointed toward moving the company forward without a buyout. The board's strategic review committee explored its options earlier in the year and subsequently stated its plan to continue as a public concern.

So while a long bias for ClubCorp was rewarded, it would be inaccurate to conclude that a buyout catalyst was expected or even likely.

While not participating in a big stock move can be disappointing, even more valuable may be using the experience to evaluate one's investment process. After getting such quick validation, it may be tempting to think an investment thesis was right all along. However, it's important to evaluate whether the idea was right because of sound reasoning, or just lucky? Did the thesis fail to work out, but the stock was still an acceptable risk?

With ClubCorp, the stock made a 30% move in the direction of our bias. However, it was from an unexpected catalyst. Recognizing and learning from these subtleties are the kinds of steps that build a sound investment process. A process that can make the market's price of admission acceptable and enhance long-term investment performance.

Note this is not a buy or sell recommendation on any company mentioned.
Photo Credit: Benzinga