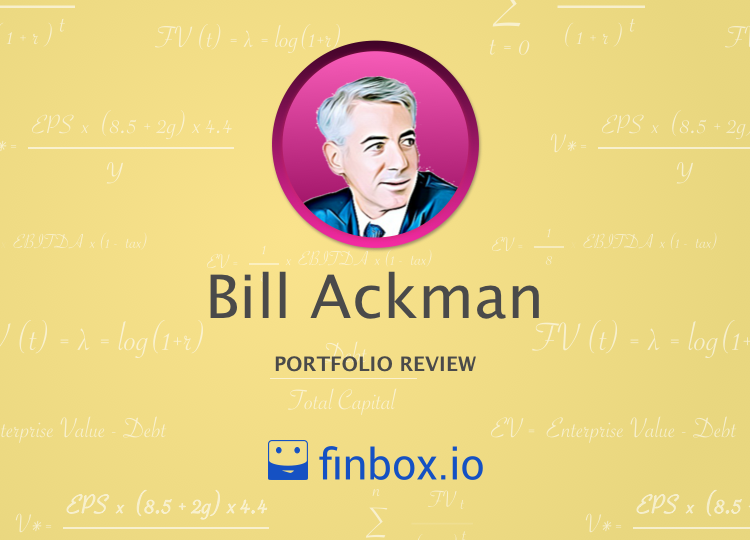 Herbalife (NYSE: HLF). Valeant Pharmaceuticals (NYSE: VRX). Target (NYSE: TGT). These are just a few of the companies that activist investor Bill Ackman has muscled his way into, some of which have left him tattered and others have catapulted him to billionaire status. A Harvard grad, Ackman was raised in the hamlet of Chappaqua, New York (where Hillary Clinton calls home) and is the founder of Pershing Square Capital Management.

When Ackman invests, he places billion-dollar bets on a handful of companies. The Indiana Jones approach has led to some bruising defeats, including a nearly $4 billion loss from a misplaced Valeant position. With rare humility, Ackman apologized to his investors for what he coughed up as a mistake.

More recently Ackman failed in his attempt to obtain a trio of seats on the board of payroll and HR company Automatic Data Processing (NasdaqGS: ADP), though it wasn’t a total loss. Pershing Square’s fund generated a profit of $300 million from its investment in the stock so far.

One of Ackman’s most infamous bets was his multi-year $1 billion short position on weight loss and nutritional supplements play Herbalife, a position he recently abandoned amid the rise of the company’s stock despite Ackman’s cries of a pyramid scheme.

Ackman currently boasts a net worth of $1.3 billion but is in jeopardy of losing his billionaire status amid steep losses and the failure of his marriage of more than two decades.

Activist investors by nature have huge egos, as they’re attempting to convince investors that their plan for a company’s future is better than that of management’s. Ackman is no exception and has gone to battle against the likes of other famous corporate raiders such as Carl Icahn.

In addition to taking different sides of the Herbalife bet, Ackman and Icahn have been fierce rivals for years, dating back to when Ackman ran his first hedge fund, the now-dissolved Gotham Partners. A fight over a trade between the pair inspired a 2004 lawsuit that netted Ackman millions.

For all the controversy surrounding Ackman, no one can say he doesn’t give back. The Pershing Square Foundation has directed $400 million in grants and social investments around the world.

Pershing Square's stock portfolio totals nearly $5.1 billion according to the latest filing. The list value of stock holdings is down -15.0% when compared to the prior quarter. As a benchmark, the S&P 500 was up 3.9% over the same period.

To find stocks in his portfolio that may be unpopular at the moment and trading at cheap valuations, I ranked his holdings by price pullbacks. The ranking table below lists the three stocks in Pershing Square’s portfolio that have dropped in the value over the last 30 days.

"In the short run, a market is a voting machine but in the long run, it is a weighing machine." - Benjamin Graham

The table below ranks the six stocks in Pershing Square's portfolio by upside based on analyst targets:

The Ideas section of finbox.io tracks top investors and trending investment themes. You can get the latest data on the holdings discussed above here.