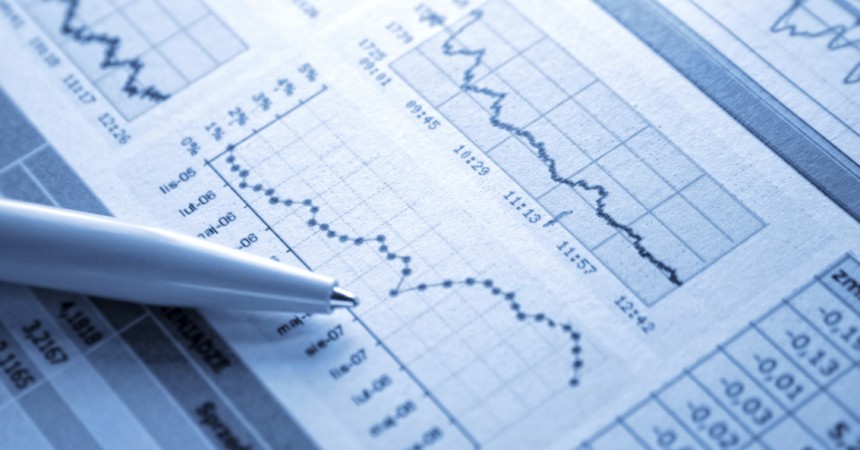 Last Wednesday was an important day for investors as investment managers with $100 million or more in AUM were required to submit a form called the 13F-HR to the SEC. This allows observers like myself to analyze the stock holdings of some of the largest hedge funds in the world.

I previously used these forms to find the 10 most undervalued stocks fund managers are buying. Purchasing activity was determined by comparing the two most recent 13F filings for a given fund manager to find stock holdings that have increased from the previous quarter. This is a helpful strategy that allows individual investors to leverage the resources of Wall Street's largest firms.

I was also curious to see which stocks fund managers are dumping. So applying this same strategy, I searched for stocks with (1) no margin of safety (i.e. trading above their intrinsic value) and (2) had more than one investment manager selling shares in Q4.

I was able to find only six stocks.

David Einhorn generated an annualized return of 16.5% from 1996 to 2016. His firm, Greenlight Capital, manages over $9 billion. Comparing his two recent 13F filings with the SEC shows that his firm exited their $124.2 million HPE position during the fourth quarter.

Jeffrey C. Smith is an activist hedge fund manager at Starboard Value and has been titled the "investor CEOs fear most" by fortune. Mr. Smith also exited his relatively small Hewlett Packard position in Q4'17.

Shares of Hewlett Packard Enterprise Co are up 17.0% (adjusted for its stock split) over the last year and finbox.io's fair value estimate of $14.81 per share calculated from three cash flow models imply -10.5% downside. The average price target from 22 Wall Street analysts of $15.52 per share similarly imply downside.

Paul Singer is the founder and CEO of Elliot Management Corporation, one of the oldest hedge funds on Wall Street. Fortune magazine called him one of the "smartest and toughest money managers in the hedge fund industry.” Through Elliot Management, Singer sold out of his $320.5 million position in Marathon Petroleum.

Marathon Petroleum Corp's stock currently trades at $66.27 per share as of Tuesday, February 20th, up 34.8% over the last year. Finbox.io's 7 valuation analyses suggest that shares could decrease -4.0% even after the stock's recent dip.

Amazon.com, Inc., run by Jeff Bezos, has taken virtually every retail market by storm. This retail giant was originally on our 6 Undervalued Stocks That Top Money Managers Are Buying list back in October when the stock was trading at $986.37 per share. With shares up nearly 50% since then, the stock's valuation appears to be getting stretched.

Chase Coleman has an estimated net worth of $2.2 billion and is the investor behind Tiger Global Management. Tiger Global manages $20 billion of assets and has a long record of delivering fantastic returns. The hedge fund revealed that it sold $493 million worth of Amazon shares in Q4. However, it is important to note that Amazon remains the fund's third largest position (as of December 31st) per the firm's 13F filing.

Louis Bacon is the investor behind Moore Capital Management and has a net worth of nearly $2 billion. Bacon most recently sold nearly half of his Amazon stake in the fourth quarter.

Shares of the company are trading 69.2% higher year over year. But the stock price could end up trading -6.1% lower in 2018 based on Amazon's future cash flow projections.

When you think of Bill Gates, you most likely think of Microsoft, rather than investing. But, as the richest person in the world, Bill Gates is also one of the biggest investors in the world. Over the years he has been selling off his stake in Microsoft and that continued in Q4'17 - selling $684.3 million worth of shares.

Ken Griffin is the investor behind Chicago based Citadel Advisors and has a net worth of $9.1 billion. The hedge fund sold $170.2 million worth of Microsoft shares in Q4.

Microsoft Corporation's stock currently trades at $92.79 per share, up 42.7% over the last year. On a fundamental basis, the company's stock has little margin of safety at current levels.

Paypal Holdings Inc operates as a technology platform company that enables digital and mobile payments on behalf of consumers and merchants worldwide.

Carl Icahn is the corporate raider behind Icahn Capital Management and has a net worth of $16.6 billion according to Forbes. PayPal was one of Icahn's two stock sales in the quarter. He reduced his firm's position in the company by $147.2 million. However, it is important to note that he still owns 8,000,000 shares worth $616.8 million.

Leon Cooperman also sold $29 million worth of shares in the fourth quarter.

Shares of the company are up a significant 84.7% over the last year. The stock last traded at $77.10 as of Tuesday and nine separate valuation analyses imply that there is -2.2% downside relative to its current trading price. May be time to take profits on this one.

Lowe's Companies, Inc. operates as a home improvement company in the United States, Canada, and Mexico.

Larry Robbins is the investor behind Glenview Capital Management which manages more than $17 billion. Glenview’s most recent 13F filing highlighted that Robbins sold $264 million worth of Lowe's Companies shares in the fourth quarter.

Shares of Lowe's Companies are up 24.7% over the last year and finbox.io's fair value estimate of $94.10 per share calculated from twelve cash flow models imply little upside.

In conclusion, the table below ranks all six stocks by their margin of safety.

It is important to note that these filings represent positions held as of December 31st and not necessarily reflective of a fund’s current stock holdings. However, analyzing thousands of stocks listed on U.S. exchanges is likely impossible for smaller investors. That’s why it is still helpful to leverage the resources from distinguished money managers in order to help narrow down a watch-list.

This list will be updated again when new 13F filings are released in May.