Uncertainty in the Markets

Prior to President-elect Donald Trump’s inauguration Friday, the Dow has lost value five trading days in a row. Many analysts attribute the recent pull back to the fact that there is still so much uncertainty surrounding a Trump administration. But isn’t this the same uncertainty that helped US equities rally to record highs after Trump’s victory back in November?

The one thing that does appear to be certain: the market doesn’t have enough information yet to make rational decisions. And don't forget that the best investment opportunities typically present themselves when the broader market is moving irrationally.

So where should investors be looking?

Value stocks are always a good bet since they have consistently outperformed other investment strategies over the years. Whether it takes three months or three years, stocks always track their fundamentals in the long run.

And now with earnings season in full swing, investors may want to take a closer look at the following companies slated to report this week (1/23 - 1/27). All ten stocks mentioned below do not appear to be tracking their underlying fundamentals.

Synaptics Incorporated (NasdaqGS:SYNA) is expected to report earnings on Thursday after the market closes and five valuation models conclude that shares are over 40% undervalued. This compares to Wall Street's consensus upside of over 20% derived from 12 analysts. Shares are also trading near their 52-week low. 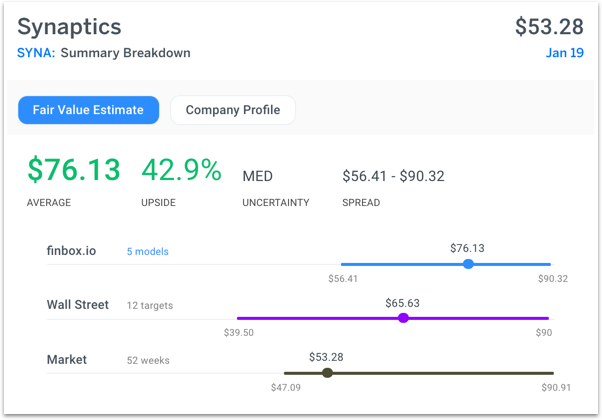 ABIOMED, Inc. (NasdaqGS:ABMD) is expected to report on Thursday before the market opens. Six separate cash flow analyses imply an intrinsic value of approximately $155 per share - well above its recent trading price of $112.47 per share. 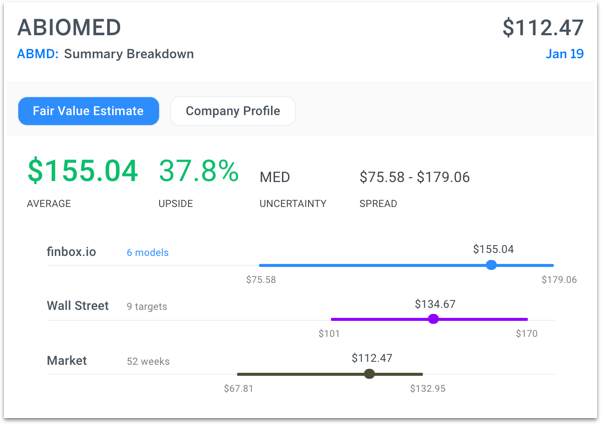 Nine valuation analyses imply that PolyOne Corp (NYSE:POL) is 35% undervalued. The company is expected to report earnings on Friday before the market opens. 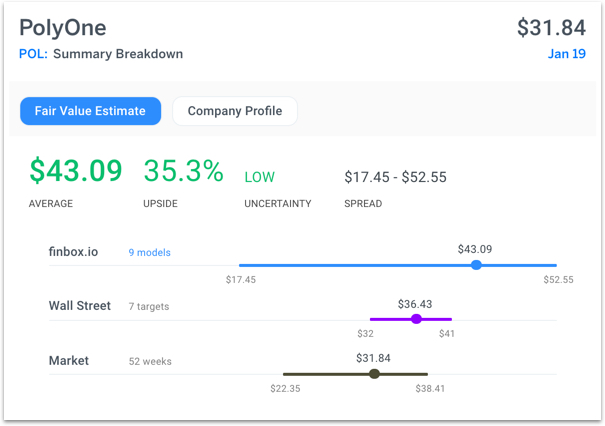 Silicon Motion Technology (NasdaqGS:SIMO) is scheduled to report earnings on Monday and the stock is currently trading at 75% of its 52-week high. Finbox.io fair value data implies that shares are roughly 30% undervalued while Wall Street's consensus price target of $56.90 implies nearly 35% upside. 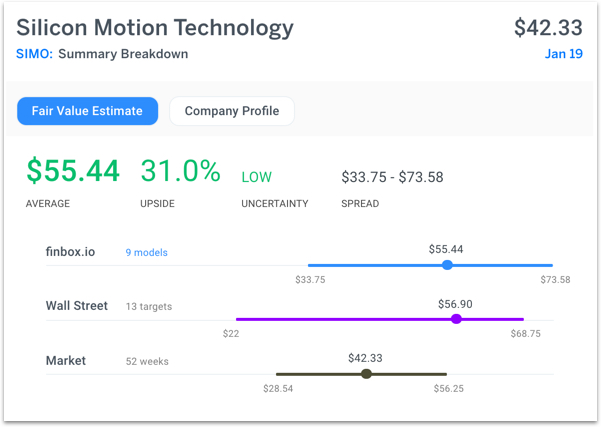 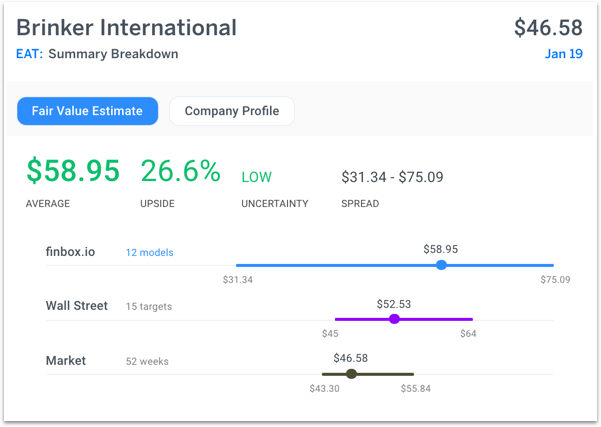 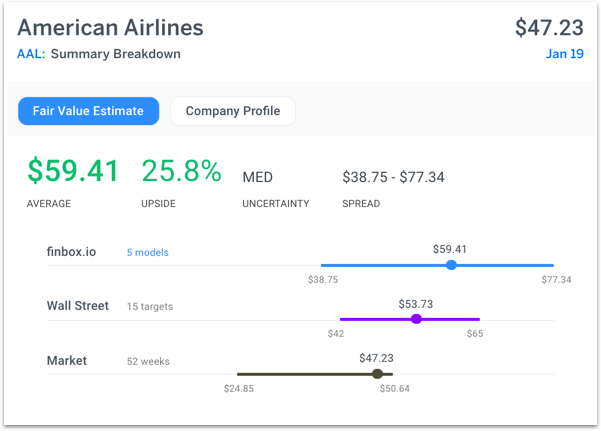 Hill-Rom (NYSE:HRC) is expected to report earnings on Friday and seven fundamental analyses imply that the stock’s 25% undervalued. 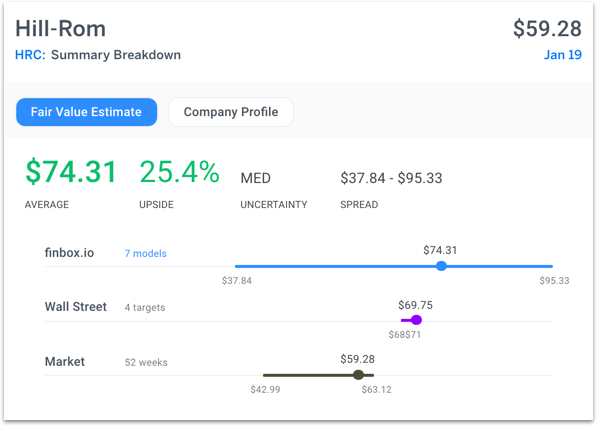 D.R. Horton (NYSE:DHI) is scheduled to report earnings on Tuesday before the market opens. The Wall Street consensus price target of $33.70 is slightly below finbox.io's fair value estimate of $34.69. 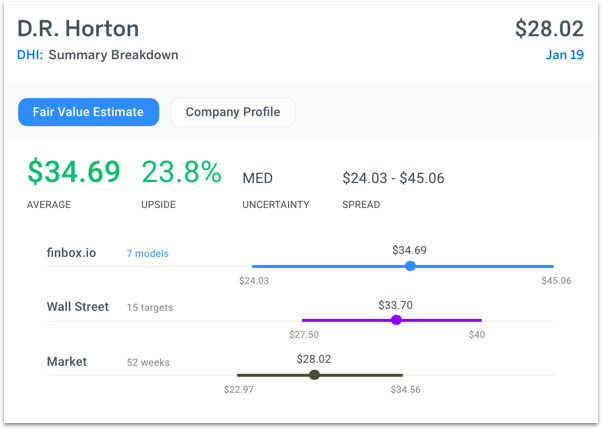 PayPal (NasdaqGS:PYPL) is expected to report earnings on Thursday and our fair value data shows that shares are over 20% undervalued. This compares to Wall Street's consensus price target of $46.55 which implies almost 15% upside. 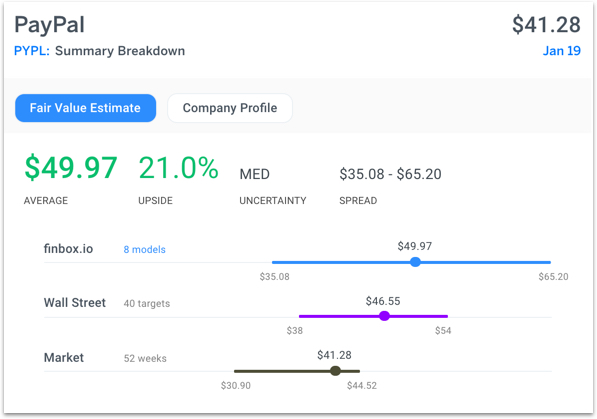 QUALCOMM (NasdaqGS:QCOM) is slated to report on Wednesday after the market closes. The Wall Street consensus price target is right in line with our fair value estimate of $74.36 implying a 15% margin of safety prior to earnings. 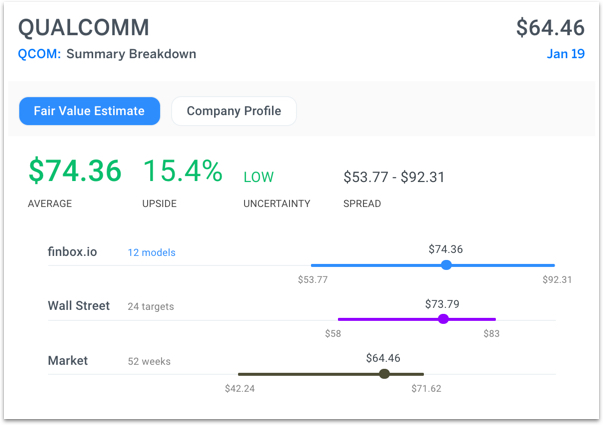 Next story 6 Consumer Stocks That Could Takeoff On Earnings

Previous story 5 Undervalued Stocks to Watch Ahead of Earnings