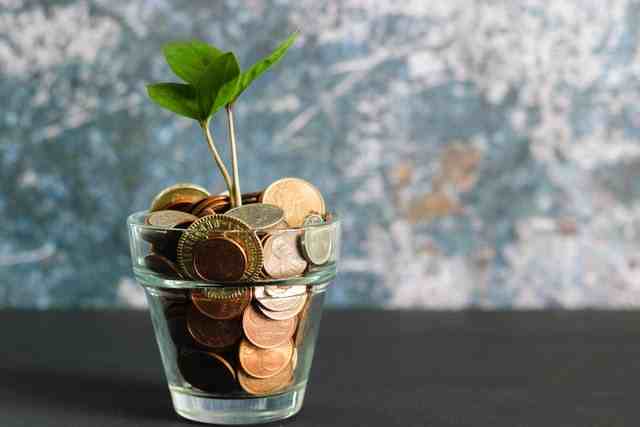 What's The Difference Between Dividends And Buybacks?

Dividends and buybacks are the two primary ways businesses reward their shareholders. Most well-established firms that have effectively done both during the last decade have seen their share price increase significantly. But which is the better approach? Before I answer the question, let's discuss the difference between dividends and buybacks.

As we discussed in the first lesson of this dividend investing course, dividends are payments distributed to shareholders for their equity investment. They usually represent a portion of the company's earnings.

Most companies that pay dividends, do so on a quarterly basis (in line with earnings reports) but some opt to pay dividends annually, semi-annually (twice a year), or monthly. They are taxed as soon as shareholders receive the payment.

On the other hand, buybacks occur when a company decides to repurchase its own outstanding shares. By reducing the number of shares in the market, shareholders who choose not to sell will see their ownership percentage increase. Just like dividends, buybacks are an effective way to compensate shareholders for their investment.

Both dividends and buybacks have their pros and cons, and we’ll discuss them with illustrative examples in this guide.

Passive Income: Dividends are a great option for passive income. Investors love dividend king stocks for this reason. They can sleep well at night and have their money work for them.

Flexibility: Dividends are not the most flexible --for the company or its investors. Investors can't choose when to sell their shares and pay taxes, as they can with buybacks. While companies can choose to reduce or suspend the dividend at any time, they do so at the risk of a negative stock price reaction.

Taxation: Dividend income is generally taxed upon receipt of payment. If you planned to reinvest dividends in the same stock, a company buyback would be more tax-efficient for you. To illustrate, let’s imagine Boxfin Inc. has 100 shares outstanding that are each worth $1/share. You own 10 shares or 10% of the company. If Boxfin decides to pay a dividend of $20 or $0.20/share you would receive $2 in dividends. Since dividends are subject to tax and your tax rate is 20%, you would be able to repurchase 1.75 shares [ $2 * (1 - 20% tax) / ($1 - $0.20 dividend) ] and increase your ownership to 11.75%. Not bad.

However, if the company had spent the $20 buying back shares, the shares outstanding would’ve reduced to 80, and your ownership would’ve increased to 12.5%!

Taxation: When the company buys back its shares, you don't need to pay any taxes until you sell the stock and realize the capital gain. This characteristic makes buybacks a more effective alternative for long term investors.

Flexibility: With buybacks, investors can choose if and when to sell their shares and pay taxes. Companies also have much more flexibility since they don't have to follow a strict timeline for completing the share repurchase program, unlike dividends.

Increase Ownership: When a company conducts a buyback, shareholders who choose not to sell will see their ownership percentage increase. To illustrate, let’s imagine Boxfin Inc. has 100 shares outstanding and you own 10 shares or 10% of the company. If Boxfin decides to buy back 20 shares and you choose not to sell your 10 shares, you would own 12.5% (your 10 shares / 80 total shares) of the company after the buyback.

Uncertain Return: While buybacks have the potential to generate higher capital gains, in the long run, you won't receive a regular payment in your bank account when a company buybacks its shares. Thus, the return from buybacks is more uncertain than dividends.

May Reduce Shareholder Value: If a company buys back its own shares above their intrinsic or “fair value”, continuing shareholders are adversely impacted. In his 1999 annual letter to shareholders, Warren Buffett explains this point clearly:

Now, repurchases are all the rage, but are all too often made for an unstated and, in our view, ignoble reason: to pump or support the stock price. The shareholder who chooses to sell today, of course, is benefitted by any buyer, whatever his origin or motives. But the continuing shareholder is penalized by repurchases above intrinsic value. Buying dollar bills for $1.10 is not good business for those who stick around.

Dividend Vs. Buyback: Which Is Better?

As our trusted readers already know, we're data-driven investors here at Finbox. So let's take a look at some data that Investopedia has shared in their article on the matter.

Buybacks can provide shareholders with higher returns over the long term thanks to tax efficiency. Here’s the evidence -- from March 2009 to March 2019, the Dividend Aristocrats Index had an annual return of 19.35%, versus the 21.09% return of the S&P 500 Buyback Index. Both beat the S&P 500, which posted a 17.56% annual return over the same period.

However, when it comes to drawdown and volatility, dividend aristocrats have performed better. During the 2008 crash, the Buyback Index collapsed 53.32%, while the Dividend Aristocrats Index had a smaller decline of 43.60%.

Finbox Tip: If you want to beat the market and pick the stocks with the highest shareholder yield, you can use the Finbox Stock Screener. With 100,000+ stocks covered worldwide, it is one of the best stock screener out there!