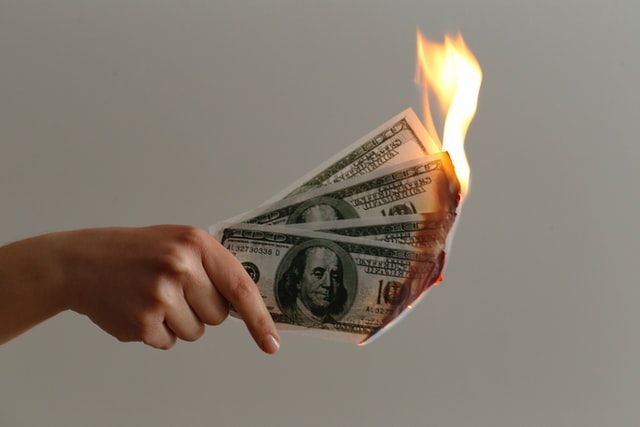 Depreciation can be explained well according to accounting language as a method used or allowing companies and organizations to write off or decrease a documented cost of an asset systematically over a given time. It is normally used to account for the reduction in value, which is the difference in initial cost and the accrued cost of an asset over time (Liapis et al., 2015)

The major and common types of depreciation methods that are highly effective in determining the book value of assets and used in numerous organizations include the following:

In accounting, the straight-line depreciation method is used to calculate the depreciation of assets and is viewed by many as the simplest method of all to determine the loss value of an asset over a given time. This can be computed by dividing the difference between an asset's cost and its projected salvage cost, by the number of years it is anticipated to be used. In calculating the straight-line method, the salvage value is subtracted from the purchase value, and the resulting amount is then divided by the number of years that the particular asset is likely or anticipated to be useful.

Many financial organizations prefer this method of depreciation since it has few errors when carrying out computations and is also easier to use. It uses fewer variables during the computations, so it is user-friendly and self-explanatory. However, this method has a drawback concerning obsolescence. This can be shown in the notion that technological advancement could render an asset outdated earlier than expected. The loss of an asset's value in the short term is not factored in by this method, but instead the long run, and the fact that an asset can be more expensive to maintain as it gets worn out (Ibarra, 2013)

This is a faster and enhanced depreciation method whereby expenses decrease with the age of the fixed asset. The depreciation rate is applied to the book value of the asset at the start of the financial period when determining depreciation expenditures within the decreasing balances. In a real sense, assets are more productive in their new state, and productivity decreases slowly as a result of wear and tear, and technology being rendered obsolete. Therefore, when they are still new, assets have a higher profit. For correct and valid statements, matching principles require us to pair expenses with revenues, which is achieved pretty well with the aid of the declining balance depreciation method.

It can be noted that no depreciation can be charged at any given time when the asset's book value equals that of the salvage value (Beaver et al.,1974)

This is a form of accelerated depreciation since the depreciation expense is quicker in the initial years of the asset's life but slower in the later years. Double here implies 200% of the straight-line depreciation rate. On the other hand, a declining balance depicts assets carrying value at the initial stages of the accounting period.

To calculate this type of depreciation, 100% is divided by the number of years in an asset's beneficial life, thus obtaining a straight-line depreciation rate. The resulting number is then multiplied by two to obtain the double-declining depreciation rate. While using this method, it should be noted that depreciation of an asset continues until its value declines to its salvage value.

This is a method applied when calculating asset depreciation over time. It's a critical method that is necessary when the assets are closely related to the total number of units that a particular asset produces instead of linking an asset with the number of years it is actually in use.

This is an instrumental method of calculation, which usually results in greater deductions being taken for depreciation in years when assets are in constant use. This can, later on, cover for the periods when the asset was not being used efficiently. The formula for the unit of production depreciation rate can be represented as illustrated below. Firstly, the depreciation expense for a given year is obtained, and then multiplied by the units per year.

This method is based on the principle of an asset's production capability or rather percentage capacity that was initially used during a given financial period. It is useful for companies or organizations in taking greater deductions of depreciation at a particular period when a given asset was very productive. Besides, this method can help an organization to keep track of all profits and losses very accurately (Liapis et al., 2015)

This is a form of accelerated depreciation linked to an assumption that the output or yield of an asset diminishes as time passes. By dividing the remaining beneficial life of an asset by the number of years, a fraction is determined which is then applied to the depreciable amount, i.e. cost of the asset, to come up with the depreciation expense for a particular time.

This method charges higher expenses of depreciation in initial years when the asset is still beneficial and productive before it is rendered obsolete. The most appropriate formula that can be used to compute this type of depreciation is:

It can be noted that using this method, the reported profit of a venture is decreased over the near term. This can result in low profits in the near term but above average profits later on within a given financial period. It can also have a severe impact on cash flow since the amount of taxable income is reduced, thus the payment of income tax is extended to take place in the later periods (Noland, 2011)